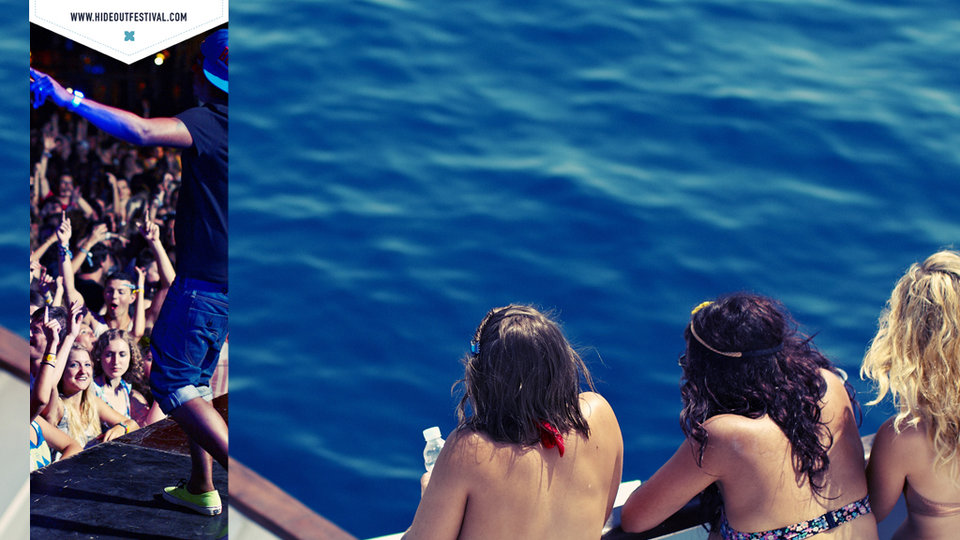 Hideout Festival announces no less than a further twenty-three additions to this year’s line up.

Between the 30th of June and the 5th of July, expect to see artists of the highest calibre, from international heavyweights to the most forward thinking artists around today. Set on dazzling beachside, hidden away on the Island of Pag, off the shore of Croatia, there’s no doubtHideout Festival is a highlight of the 2013 festival calendar.

Hideout Festival begin their round of additions by welcoming Italian ambassador of techno, Marco Carola with nearly two decades of being at the forefront of the genre.  Returning this summer by popular demand to accompany him will be SBTRKT, after a memorable appearance in 2012. Joining these glowing additions will be the extraordinary Four Tet, his b2b set with Caribou last year being one of the highlights of the festival. Representing a more bass driven front will be the unstoppable Skream & Benga and fellow Radio 1 advocate Mistajam. Dubstep pioneer and Magnetic Man member, Artwork joins the incomparable line-up for the 2013 Hideout Festival along with rising star of future bass, Kidnap kid.

The Simian Mobile Disco duo will be joined by the infectious Tensnake, drawing on 80’s electro funk and disco to keep revellers dancing while the sun rises over the white sands and turquoise sea. MTA Records favourite Redlight will be switching things up with a fusion of UK bass driven sounds. 2013 welcomes a Hideout debut from Floating Points, the coveted producer, known for his ability to intertwine the sounds of soul and jazz through to the bassier elements of dub. Long standing house advocate MK, aka Marc Kitchin, will be joined by Bondax providing their version of unique, melodic electronica. Craig Richards will also be a celebrated addition for many festival goers, a patron of cult London institution Fabric and achieving worldwide recognition as one of the decades leading DJs.

Visionquest’s Ryan Crosson will be offering his own take on Detroit Techno through to ambient tech-house. Leading the way in innovative fusions and collaborations, Simon Baker is also added to the 2013 line up. Similarly, Daniel Avery will be flying the flag as a forward thinking blender, offering revellers a new take on the genre. Hot Creations boss Lee Foss and fellow devotees Infinity Ink AKA Luca C and Ali Love will be providing infectious cuts to keep people moving throughout the night. Hideout debuts will come from Move D, bringing together Detroit-influenced grooves and elements of melodious electronic jazz and Baauer, whose infamous Dum Dum EP last year received a wave of acclaim. Finally Hideout seal their round of additions with the inclusion of a further resident, Youandewan.

This round of new additions sits proudly alongside already confirmed headliners, Loco Dice, Chase and Status, Jamie Jones, Modeselektor and Pendulum. Andy C, Camo & Krooked and Friction offer those with a hunger for bass everything they desire. Scuba, Erol Alkan, Joy Orbison and Ben UFO offer an array and amalgamation of electronica, whilst Damian Lazarus, Dixon and Miguel Campbell will delight house revelers far and wide. Hideout Festival 2013 is the definitive whose who of electronic music, set on the idyllic Zrce beach, in stunning Croatia, Hideout sets the bar for festivals of the future.