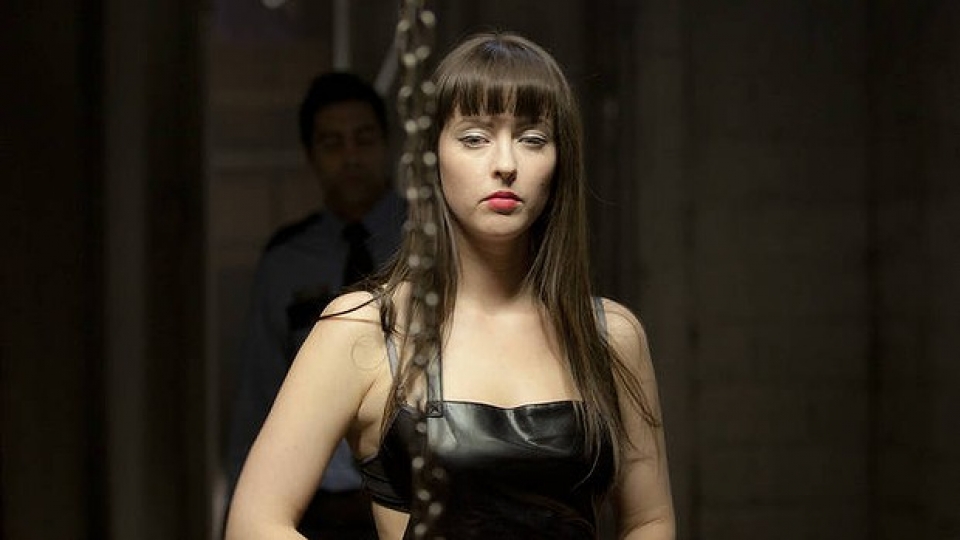 Mary (Katharine Isabelle – Ginger Snaps) is a struggling med-student who needs to make some extra money. On applying for a waitressing job at a local strip joint, Mary finds herself inadvertently using her surgical skills to help the owner patch up a badly beaten friend. From thereon in, Mary’s reputation grows and with it the offer of cold hard cash to perform extreme, off-the-books medical procedures. Soon Mary is running a very lucrative side bar in body modification.

The Soska Sister’s Twisted Twins Production (which incidentally has one of the coolest movie idents out there) has fast become the go-to house for modern horror. After their début exploitation feature Dead Hooker In A Trunk was a big crowd pleaser their second major effort has been eagerly anticipated. American Mary doesn’t disappoint thanks to a simple but effective storyline, some decent black comedy and a shining leading lady in Katharine Isabelle.

Katharine Isabelle is a genre favourite after the severely underrated Ginger Snaps first burst onto the scene in 2000. Isabelle is nothing short of excellent in American Mary and gives us an anti-heroine we can all champion. She peppers her performance with a dark side that could ultimately drag her down and to see her slow descent is both captivating and disturbing. She also handles the comedy with a deft touch – showcasing Isabelle as a severely underrated talent.

The supporting cast are all excellent with Antonio Cupo the pick of the bunch as Billy, the local nightclub owner and would-be love interest for Mary. He shares a wonderful chemistry with Katharine Isabelle that is always underplayed and subtle. Other highs include Tristan Risk as a scary but sweet Betty Boop wannabe and Paula Lindberg who longs to be as smooth as a doll.

American Mary proves that great cult horror is alive and well. In the Soska Sisters American Mary gives horror a new and entertaining classic that doesn’t sensationalise for the sake of it. With a distinctly wicked flavour mixed in with some brilliant, stand out horror that never feels gratuitous, this is a great movie that deserves a big audience.