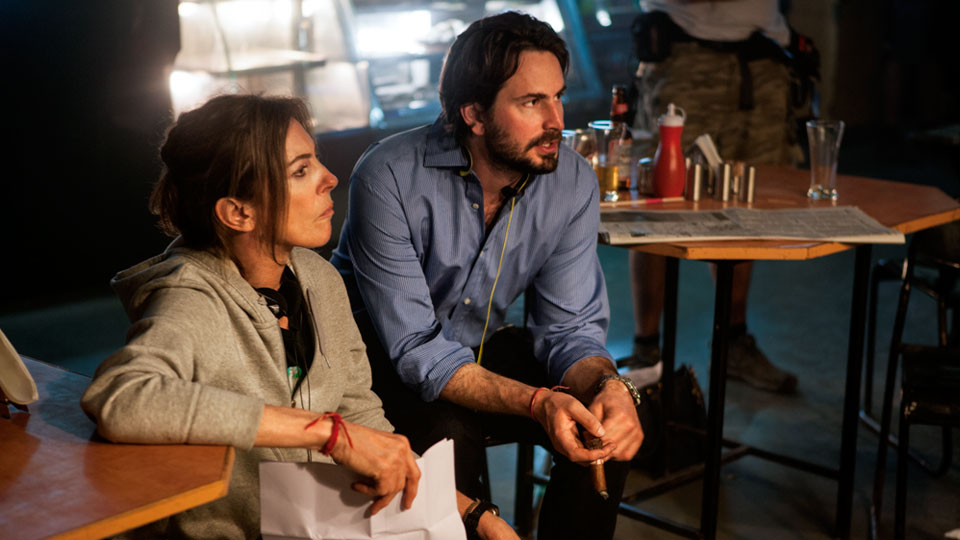 In the history of the Academy Awards, 84 Oscars have been awarded for Best Director. In that time four women have been nominated for this honour… and only one has won – Kathryn Bigelow. A true pioneer and with a flair for action that had previously been the domain of male directors, Bigelow is undoubtedly leading the way for female filmmakers everywhere.

Though a distinct minority, female directors have been working away in Hollywood for a long time, and have made a major impact on the film industry, especially in recent years – and Bigelow’s achievement is a boost for all of them.

In honour of Kathryn Bigelow’s most recent film Zero Dark Thirty – the highly anticipated film about the greatest manhunt of all time – we take a look at some of the most celebrated female directors in Hollywood today.

The daughter of the esteemed director Francis Ford Coppola, Sofia Coppola surprised many with her dark, dreamlike 2000 debut The Virgin Suicides, followed by an Academy Award for Best Original Screenplay for Lost in Translationin 2003. She once again displayed her singular flair with her highly unorthodox biopic Marie Antoinette (2006), and in 2010 she did it again with her film Somewhere, which won the Golden Lion for Best Picture at the 67th Venice International Film Festival — making her the first female director to receive the honour.

The Danish director Lone Sherfig is most known for her films An Education (2009) and One Day (2011), although she made her international directing debut with the 2000 romantic comedy Italian for Beginners, which earned her the Silver Bear award at the Berlin International Film Festival. Sherfig is one of the most acclaimed female directors in Europe and she considers her first English film, the critically acclaimed Wilbur Wants to Kill Himself (2002,) to be her most complete work.

Amy Heckerling was just one of a handful of American female directors known for their consistent production of top budget box office hits in the 1980’s. Her teen-based Fast Times At Ridgemont High (1982) — with its breakout performances from Sean Penn and Jennifer Jason Leigh — and her Jane Austen remake Clueless (1995), along with a few other witty films, earned her recognition and a huge fan base even to this day.

As a writer and director, Nancy Meyers is responsible for some of the most recognized hits of the 1980’s and 90’s. A traditional rom-com specialist, her films are continuously successful at the box office, appealing to an adult female audience. Meyers began by writing the hits Private Benjamin and Father of the Bride, before delving into writing and directing The Parent Trap, What Women Want, Something’s Gotta Give, The Holiday, and most recently It’s Complicated, the first Hollywood romantic comedy starring a 60-year-old (Meryl Streep) — something that would never have flown a generation ago.

The critically acclaimed New Zealand screenwriter, producer and director, Jane Campion is the second of only four women ever nominated for an Academy Award for Best Director. She was also the first female filmmaker in history to receive the Palme d’Or for her 1993 film The Piano. Campion’s known for her distinctive portrayals of non-mainstream women of all eras, including her stylized 1996 adaptation of Henry James’s Portrait of a Lady, starring Nicole Kidman; the darkly satirical Holy Smoke (1999) with Kate Winslet; and most recently, the John Keats biopicBright Star, starring Abbie Cornish as the muse of famous poet.

Originally a documentary filmmaker, Mira Nair is one of India’s greatest directors. Her big break came with the filmSalaam Bombay!, winning her international awards from the Cannes Film Festival, Montreal World Film Festival and many others. More recently her works Monsoon Wedding and Vanity Fair further proved her role as a talented filmmaker. Nair’s recent The Reluctant Fundamentalist opened the 69th Venice Film Festival in 2012 and also featured in the 56th London Film Festival.

It was the biggest news to come from the 82nd Academy Awards when Kathryn Bigelow secured the Oscar for Best Director for her film The Hurt Locker. The film was nominated in nine categories and went on to win six including Best Picture and Best Director. But Bigelow earns her top position among Hollywood’s female directors not only for her Oscar recognition, but also because of her respectable big-budget career, with a filmmaking career since the early 80’s that’s been breaking the mould with action-driven plots such as Point Break and Blue Steel. Most recently she has the world biting their nails for the much anticipated Zero Dark Thirty, the story of the decade long hunt for Osama Bin Laden.

Zero Dark Thirty will be in UK cinemas from 25th January 2013.