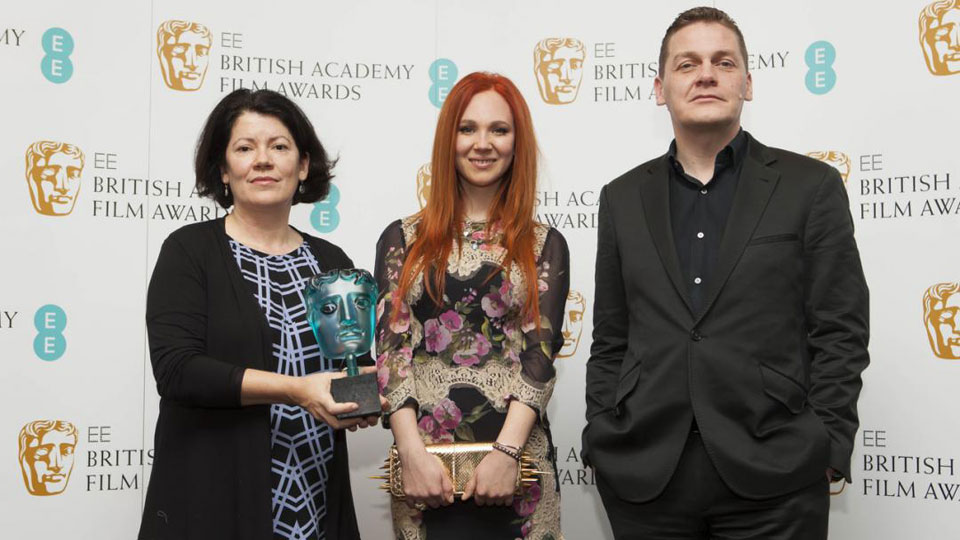 Today at BAFTA’s HQ, Pippa Harris, the chair of the award jury and Deputy Chair of BAFTA’s Film Committee, announced the hotly anticipated nominations for the EE Rising Star Award 2013.

The nominations represent five actors and actresses who are destined to be bright stars in the future of cinema.

The award celebrates actors and actresses who have demonstrated exceptional talent and who have the potential to be cinema stars of the future. The nominees for 2013 are:

At 17, Elizabeth moved to New York to study acting at the Tisch School of the Arts. After graduating she took Sundance by storm in 2011 when she appeared in not one but two of the most highly praised films in the festival: Martha Marcy May Marlene and Silent House. Most recently Elizabeth has completed production on the Spike Lee directed remake of Oldboy, opposite Samuel L. Jackson and Josh Brolin. Commenting on her nomination, Elizabeth said “Being considered for this award is a huge honour. So many actors whom I admire have been recognized in this category and I ‘m very thankful to BAFTA and the jury for selecting me.”

Andrea graduated from RADA in 2005 and quickly began to accumulate critical acclaim and awards for her stage and screen work. She made her film debut in Roger Michell ’s Venus. Roles in Never Let Me Go, Brighton Rock and Mike Leigh ’s comedy-drama Happy Go Lucky soon followed. Andrea has also starred as both a young Margaret Thatcher in Margaret Thatcher – The Long Walk to Finchley and Wallis Simpson in W.E. She recently finished filming opposite Tom Cruise in Oblivion, which will be released in April. Andrea said: “To even be counted amongst this, and the last seven years ‘ rising star nominees feels utterly phenomenal! BAFTA nurtures new talent throughout the international film community so I am so very grateful to be given this fantastic opportunity, and look forward to us celebrating the kind recognition together.”

Until recently 19 year old Suraj was living a quiet, middle class life with his parents in the suburbs of South Delhi. But, after an extensive search throughout India, Suraj was picked from 3,000 hopefuls to star in director Ang Lee ’s 3D epic, Life of Pi. Before taking on the role, Suraj had no previous acting experience. The director had complete faith in his young lead, describing Suraj as a “gift from god ” and a “great actor in a past life ”.

In just a few years, Juno Temple has firmly established herself as one of the most versatile and talented young actresses in Hollywood. Her breakthrough arrived when she won the role of Cate Blanchett ’s rebellious, brooding daughter in Notes on a Scandal. This led to her appearance in the BAFTA- and Oscar-winning Atonement, opposite Keira Knightley, James McAvoy and Saoirse Ronan. Since then a variety of well received film roles have followed, most recently opposite Matthew McConaughey and Emile Hirsch in the darkly comic Killer Joe. Juno commented: “I ’m extremely honoured to be nominated by BAFTA for this award and the fact the winner is voted for by the public makes it all the more exciting. ”;

Swedish born Alicia trained with The Royal Swedish Ballet for nine years before dedicating herself to acting. After appearing in several shorts and Swedish TV shows, she made her big-screen debut in Lisa Langseth ’s Pure. 2012 saw Alicia burst onto the international scene with two major roles: Anna Karenina opposite Keira Knightley and Jude Law and the period drama A Royal Affair with Mads Mikkelsen.

Recently Alicia has starred in the Warner Bros. feature The Seventh Son. Alicia said: “I’m absolutely thrilled to be nominated for this year ’s EE Rising Star Award and would like to thank the jury for short-listing me. 2012 was an amazing year for me and I want to thank everyone who has supported me in my career to date.”

The EE Rising Star Award jury ’s role was to select a shortlist of five nominees from the hundreds of submissions made by the BAFTA membership and film industry figures. All nominees must have had at least one film released in the current awards year, 1 January to 31 December 2012. The jury for the award featured a raft of leading figures from across the film industry including jury chair Pippa Harris, Deputy Chairman of BAFTA ’s Film Committee and producing partner of Sam Mendes (Revolutionary Road, Jarhead), Scottish director Kevin Macdonald (The Last King of Scotland, Touching the Void), actor Benedict Cumberbatch (War Horse, Sherlock), film critic Mark Kermode and casting director Nina Gold (The King’s Speech, Prometheus).

The award was created in honour of Mary Selway, the highly respected BAFTA-winning casting director whose career spanned three decades and over ninety films before she died in 2004. She worked with notable directors such as Steven Spielberg, Roman Polanski, Clint Eastwood and Ridley Scott, contributing to the creation of some of the silver screen ‘s most memorable characters.

Pippa Harris, EE Rising Star Award jury chair and Deputy Chair of BAFTA ’s Film Committee, said: “This year the quality of emerging acting talent has been just incredible and the jury had a very tough job selecting the short list. It ’s great that the EE Rising Star Awards gives the general public the opportunity to champion their film stars of the future and I can ’t wait to see who they vote their winner for 2013. ”;

Spencer McHugh, Director of Brand at EE, said: “We are incredibly proud to continue to partner with BAFTA to celebrate the very best in up and coming talent. Film is very important to EE, and by supporting the Rising Star Awardwe want to continue building on its great reputation as a credible and coveted accolade in the film industry. Best of luck to all of this year ’s nominees. ”;

The official hashtag for the award is #EERisingStar and the ceremony hashtag is #EEBAFTAs,