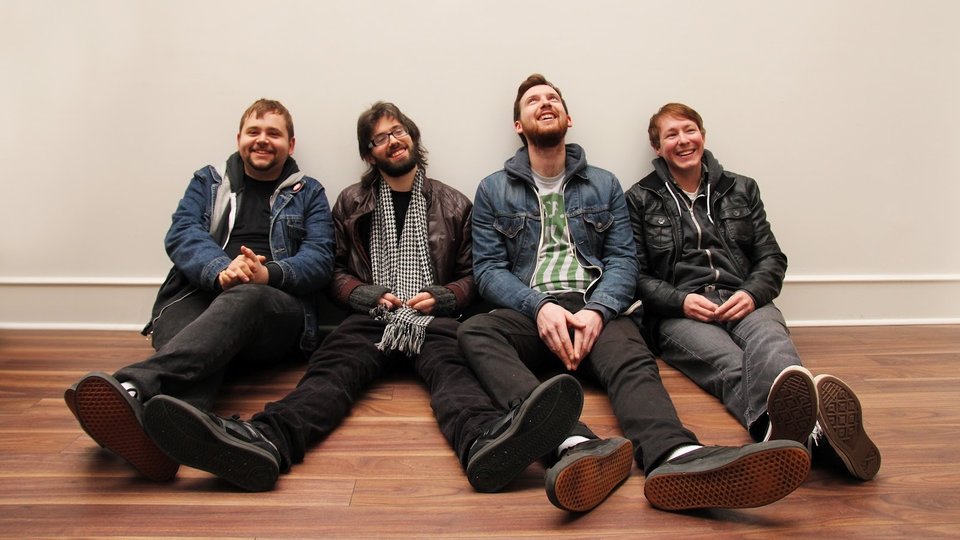 Acres Of Lions are a Canadian band from the city, Victoria. The band has toured with the likes of Against Me!, Ten Second Epic whilst also playing at famous festivals such as Summerfest. They are now releasing their albumCollections and we had a listen.

The album opens with Set Me On Fire a good start. First we hear the guitar then come the vocals and slowly the song picks up and grows. The chorus kicks in and there is something really summery about Acres Of Lions opening track.

Next up is Fingers Crossed a love song, which we enjoy for its simplicity. Reaction strongly reminds us of singles from McFly at the peak of their career, think pop/rock and think catchy and bubbly. There is nothing wrong with the single but it might sound a little familiar at times. We can picture this single doing quite well live.

Kids seems to add a little spice to the album with its big roaring guitar riff opening and just a bigger sound all-around. Acres Of Lions still carry on the same pattern with low-key verses and edgy choruses. On Kids we rather enjoy that and that easy rock that works well on the radio.

Next we hear Forgive and Forget a pop-y ballad with its catchy harmonies and backing vocals this track has everything a good single should. There is something quite infectious about Acres Of Lions’ ballad.

Narrow Miss picks up the pace of the album and gives a much needed punch to the record. The melodic guitar riff is certainly the big star on the song and makes it an enjoyable listen. Then comes Like A Drum, which could fool you as being another ballad with its piano intro but if you stick along to it you will enjoy a rockier chorus and something the reminds us of bands such as Keane or The Fray.

Last on the album is the title-track. Seems the band saved the best for last with this beautiful rock ballad with some lovely summery vibes.

Acres Of Lions’ new album Collections is quite a good introduction to the bands music. There are some elements of the band’s music that will sound really familiar and mainstream but there is market for Acres Of Lions most definitely.

In this article:Acres Of Lions