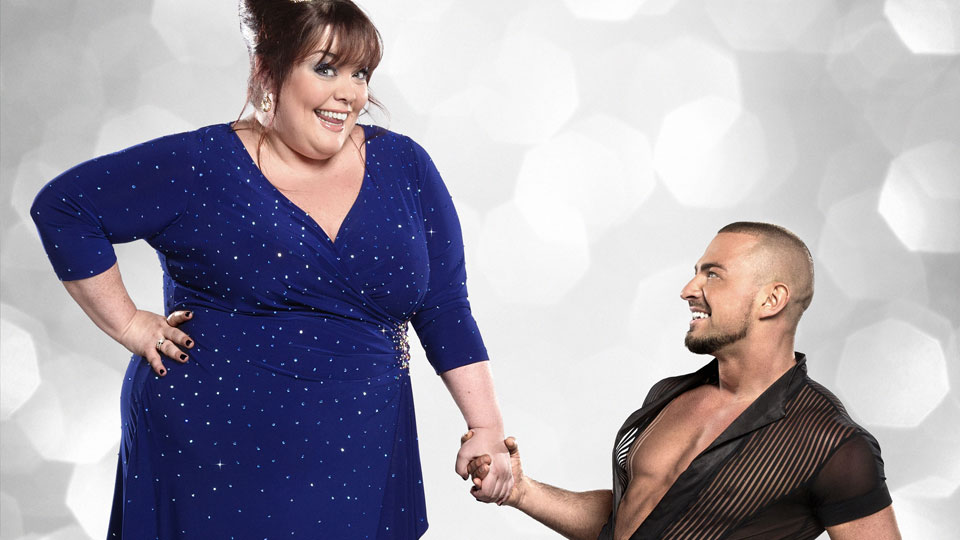 Last weekend’s instalment of Strictly Come Dancingsaw Robin Windsor and his celebrity partner Lisa Riley sail through to this weekend’s show after finishing third overall in the leaderboard for the series’ opening shows.

As we’re throwing our support behind Team RiRo Robin has agreed to give us an exclusive update every week giving you lucky lot an insight into how rehearsals are going, what’s coming up this weekend and how he feels about Lisa’s performance from the previous weekend.

Come back here every Friday for the latest update and check out what Robin has to say about Team RiRo’s performance on Strictly so far.

You’re in the midst of rehearsing for this week’s show and we hear you’re doing the Jive?

Yes, this week we have the Jive. It’s fun, fast and furious. It’s one of the fastest routines I’ve ever done and Lisa’s taken to it like a duck to water. I’m very, very happy and I can’t wait for the weekend.

Everyone is really excited about Lisa because when you did the Cha Cha Cha in Week 1 her energy, enthusiasm and skill came out. Will we be seeing more of that this weekend?

Yes. The Jive is a great dance for Lisa. One of the good advantages of Lisa in this dance is her weight because it needs lots of bounce and lots of use of the floor which she’s actually really, really handy with.

It’s a bit of a departure from last week’s Viennese Waltz. How do you feel your performance went last weekend?

25 was great. We weren’t expecting a huge score for that. Obviously it was much more difficult doing a more subdued dance than the Cha Cha Cha which was so lively and vibrant in the first week. It was the complete opposite for the second week.

You were third on the leaderboard at the end of last weekend. How did that feel?

Being third on leaderboard was absolutely fantastic. Both myself and Lisa went home very, very happy.

The comments from the judges last week were really positive for Lisa and they seem to be impressed with her. Craig mentioned that she dragged you round the floor at points rather than let you lead. Have you been working on that?

Lisa has a lot of energy and she likes to use it. In the Ballroom numbers it’s very easy for her to try and take control. As we doing the Jive and back to Latin this week, it’s much more suited to her so we’ve been working on her leading and following skills. She does like to lead a little bit.

What song will you be dancing to this weekend?

It’s Hollywood Week down at Strictly and we will be dancing to Hanky Panky from the movie Dick Tracy.

That should be good fun then?

Yeah it’s a lot of fun. It’s a lot of armography because the things that’s good about me and Lisa is how in sync we are with each other. There’s lots of fast footwork and lots of fast arm work.

Is it harder to choreograph a routine when it has to centre on a theme?

No having a theme week just means that we can set it up and get into the characters which is great for Lisa. Being an actress it means that she can get straight into character and this week she can be Madonna.

How are the rehearsals going this week?

Rehearsals are going really well. Lisa’a been having problems with her feet though and the balls of her feet are in absolute agony. She’s got a corn on one foot and really sore toes on the other foot. I let her wear her flat shoes for a couple of days this week because she’s been in so much pain.

Every time we see the two of you together on the show you look like you’re having so much fun. Has it been another fun week of rehearsals?

It’s been another hilarious week. Just working with Lisa in general is an absolute joy. She’s full of joy and energy and it comes out in the rehearsal room. We have such a good relationship with one another.

We spoke to Johnny Ball this week who as you know sadly left the show at the weekend. He’s tipped Lisa to potentially walk away with the glitterball trophy. How do you feel about that?

Wow! It’s lovely that someone who’s been in the competition can tip us to win. At the moment me and Lisa are taking it week-by-week. There’s a long road ahead. So far so good! We just need to keep up what we’re doing and do a little better each week.

You seem to be doing very well so far…

It’s going well so far. I think everyone is still under this impression that ‘oh wow Lisa can dance’. We’ve now got to work on much more technique and get the real dancing in there.

We can’t wait to see the routine…

It’s going to be a fantastic weekend. I know there’s a lot of big routines this week and I think it’ll be one of the best shows we’ve ever done.

Tune into ‘Strictly Come Dancing’ at 6.30pm this Saturday on BBC One.