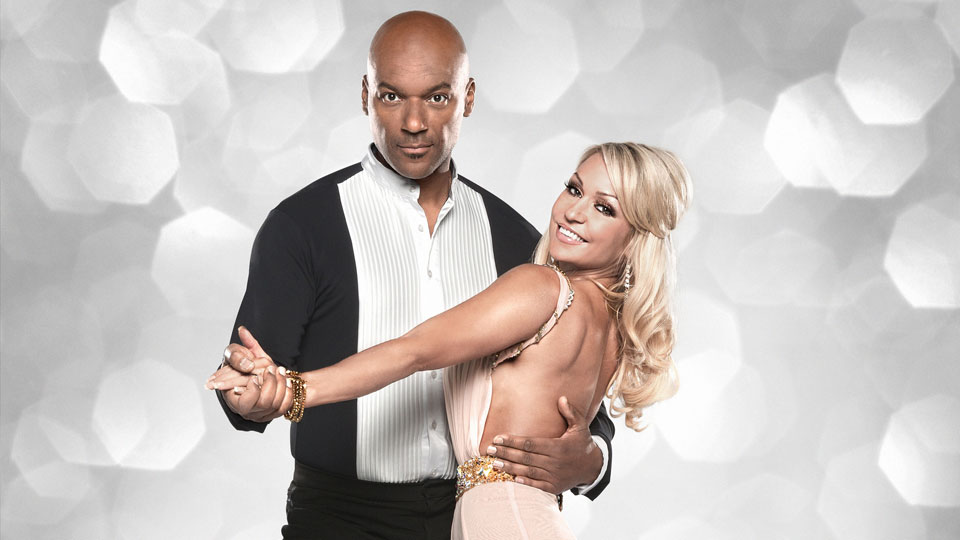 Strictly Come Dancing returned this weekend for its first live show of 2012. The opening weekend was split into two shows meaning that the fun last for most of the weekend rather than just Saturday evening. Following the launch show three weeks ago, this is the first real opportunity we’ve had to see which of the celebrities are dance floor naturals and which don’t have any rhythm.

Early favourites from the bookies seem to be Denise Van Outen, Louis Smith and Kimberley Walsh but were they as good as had been predicted? Much has been made of Denise’s background in musical theatre and of Kimberley’s dancing skills as part of Girls Aloud. Of course ballroom is a different ballgame so can they transfer their past dancing experience onto the dance floor?

In the first instalment of the live shows, the couple had to perform either the Cha Cha Cha or the Waltz. No celebrity departs in the first week so it’s really all about racking up the points and showing the audience, and the judges, what they can do.

Kicking off the first show was TV presenter Fern Britton with her professional partner Artem Chigvintsev. The couple were dancing the Cha Cha Cha and from the rehearsal footage it looked like the performance could go either way. The performance was fun but we couldn’t help noticing that Fern got her steps a bit muddled in the middle. What would the judges make of the performance? Len said he thought there was ‘more good than bad’ but criticised Fern for ‘wafting’ her skirt. Bruno said he didn’t mind the wafting but told Fern that she needs more impetus in her nether regions – ooh err! Craig criticised Fern’s mid-section and legs but said she had a naturally good rhythm and he liked her hands. Darcey praised Fern’s confident performance but said she thought the nerves had crept in and prevented her from being as good as she could be.

Second celebrity to dance was Nicky Byrne, the one who never seemed to get any solos in Westlife. For his first dance with partner Karen Hauer, Strictly’s newest professional, Nicky performed the Waltz. Training didn’t look too promising but could he pull it out of the bag on the night? The audience liked it but we weren’t quite so sure that he pulled it off. Bruno said Nicky could work his ‘boyish good looks’ but criticised his posture and lack of storytelling. Craig said he wasn’t happy with Karen as she broke the rules by including a lift in her routine and warned he would be marking them down. He then went on to completely maul Nicky’s performance giving no positive feedback. Darcey said his strength was his musicality telling him to breathe with his moves and pull his shoulders down to improve his posture.

Former cricketer Michael Vaughan was next to dance and he must have been bricking it after the mauling that Nicky received from the judges. With his partner Natalie Lowe, Michael was to dance the Waltz. Would he have the grace and the moves to pull it off? In the intro VT Natalie didn’t seem so sure revealing that Michael ‘wasn’t a natural’ but admitting he had got the Strictly bug. Craig pointed out that there were some timing issues and told Michael that his posture was his biggest problem. Darcey said he started well but the nerves started to show through his face. Len was annoyed by the faffing about before the dance but admitted that once Michael got into hold he was pretty good. Bruno agreed with Len saying that there was promise but criticised his facial movements and expresssions.

With Olympic fever still rife in the nation Victoria Pendleton should be able to rely on the voting public regardless of her performance. Taking to the floor for the first time with her partner Brendan Cole, Victoria was to perform the Cha Cha Cha. In training it looked like she was struggling to pick up the routine so any expectation that she would beat the other celebs hands down seemed quite unlikely. Well she might be a natural on a bike but she wasn’t great on the dance floor. Darcey praised the amount of dance content in the routine and advised her to try smaller heels to help her balance. Len compared the routine to the first time you ride a bike without stabilisers but told her she had potential. Bruno said she’d messed it up but told her to get back on the bike and fight on. Craig didn’t get an opportunity to speak which was probably for the best as Victoria was already in tears.

Actor Colin Salmon couldn’t fare much worse than Victoria had so he must have felt a bit of relief as he took to the dance floor. In the intro VT Kristina Rihanoff expressed her hope to pick up the glitterball this year. With a Cha Cha Cha to introduce them to the Strictly audiences could they kill it or would they die on the floor? The audience loved it showing their appreciation with a standing ovation but did the judges? Len called the performance the best Cha Cha Cha of the night whilst Craig said there were moments he could have done without. As the show continued to run over time Darcey and Bruno didn’t get chance to give their comments.

The last couple to dance in the opening show was Denise Van Outen and her professional partner James Jordan. Expectations have been high for Denise but would she live up to them? The training VT showed Denise fighting back against her critics insisting she’s never had professional dance training. It seems that her pairing with James is going to be a fun one with the two cheeky personalities bouncing off one another. Could they contain their mischievousness for long enough to do a convincing Waltz? The audience gave their second standing ovation of the evening and we have to say we were pretty impressed. Bruno said Denise was very expressive and loved her lines but said her frame could do with some work. Craig said they’d saved the best for last but Len said Denise’s footwork was bad.

With that the first part of Strictly Come Dancing came to an end leaving the remaining 8 couples to dance the following night. All in all a pretty mixed bag from the first 6 couples meaning there was room for lots of surprises and movement within the leaderboard.