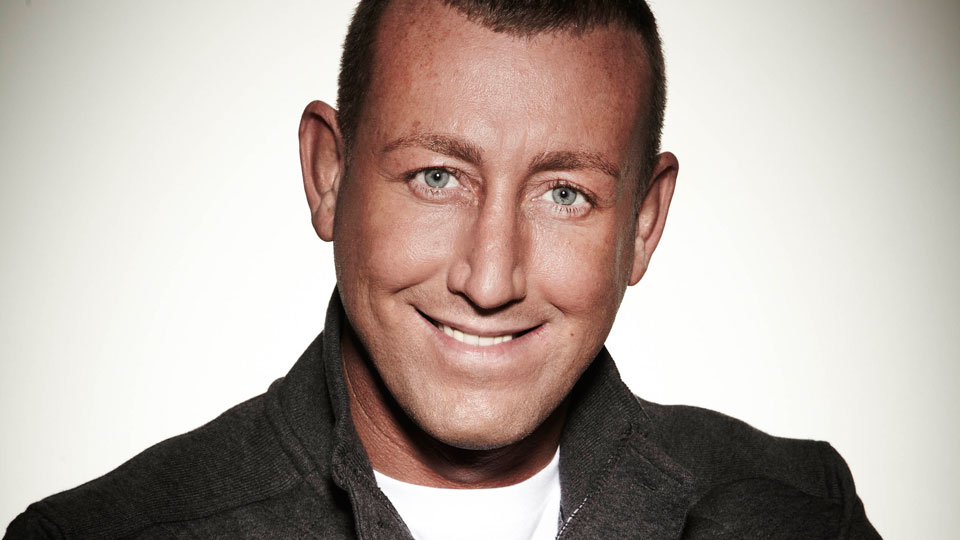 The wheat has been separated from the chaff and The X Factor finalists have been picked.  Tonight we embark on The X Factor live shows where the contestants will be at the mercy of the voting public to secure their passage to the final show.

Dermot O’Leary takes to the stage Gangnam Style and kicks off the proceedings by introducing the judges.  In a twist, we also find out who the wild card entry is.  As the wildcards nervously await their fate, Dermot drags it but in true X Factor style.  On hearing he is through to the finals, Chris Maloney collapses in heap on the floor and starts blubbering.  Pull yourself together love!

In a new development, viewers are allowed to phone at the start of the show to keep their favourite in.  EF thinks this is a bit unfair as surely the point is to vote for the best act?

The theme of the evening is Heroes, in tribute to this year’s sporting heros.  First up are District 3 (formerly GMD3) singing Tina Turner’s Simply the Best.  The harmonies were tight although they lacked a certain allure and turned a powerful ballad into a wishy-washy croon.  Tulisa said they had amazing R&B vocals and told them to lose the boy band faces, loosen up and be themselves.  Gary Barlow reckoned they should end up mid table and Nicole didn’t like the song choice.

Next up is James Arthur.  His song choice is Stronger by Kelly Clarkson.  He gave a gritty account of the song including a mid-song rap – totally making it his own.  EF thought he looked a bit awkward without his guitar but really liked the performance.  Louis said we’d found a new recording artist, Tulisa concurred.  Gary advised him to retain his integrity and to make Nicole’s life hell.

Following him is Melanie Masson.  The Scottish songstress sang The Beatles’ With a Little Help from my Friendswith gusto.  A big voice and a big performance, she gave EF goose pimples!  Her mentor, Gary Barlow, gave her a standing ovation.  Nicole called her a soul child that had taken them to the stratosphere.  She reminded Louis of Woodstock and Tulisa loved that she was loving the old school rock vibe. She is most definitely a contender.

Lucy Spraggan took to the stage with her trusty guitar singing her own song, Mountain.  This is the only time a contestant has sang an original song since Chico did Chico Time.  A totally un-X-factor performance, she retained her originality and gave a great account of herself with a really good song.  Gary called her a unique artist.  Nicole called her a brilliant storyteller and Louis called her a hybrid of Victoria Wood and Kate Nash.

Following her is MK1.  Singing Born a Champion by Chris Brown, they gave an energetic performance. It wasn’t reallyEF’s cup of tea.  Tulisa praised their energy although stating that they’re not the strongest vocals.  Nicole called them the most relevant act in the competition and also praised their energy.  Louis said they’re the new N-Dubz – which riled Tulisa ever so slightly compelling her to announce that N-Dubz are reforming.

Next up is over emotional wild card Chris Maloney.  The Tangoed one sang Mariah Carey’s Hero.  With his nerves well and truly left on the sidelines, he gave a beautiful rendition of the ballad.  Definitely the housewives’ favourite, he finished with a smile.  Nicole said it was a bit cheesy, Louis said it was a heartfelt performance and took the mick out of his tan.  Tulisa said it was a dated song choice and Gary advised him to keep away from the sun beds.

The last of the groups took to the stage, newly named Union J and their new fourth member.  They sang Queen’sDon’t Stop Me Now.  They were really good in places but some individual vocals were a bit weak.  Tulisa didn’t think they’d fulfilled their potential and blamed Louis, Gary also jumped on the ‘blame Louis’ bandwagon.  Nicole congratulated them on their first performance but essentially agreed with Gary and Tulisa.

Jade Ellis sang Enrique Inglesias’s Hero.  With a voice reminiscent of Mutya from The Sugababes, EF wasn’t overwhelmed by her performance, but it was strangely entrancing.  Gary said she was going to surprise everybody, Nicole said she has an amazing tone but the song was in the wrong key and Louis said she looked like an international pop star and that she has great likeability.

Diva Rylan was swept on wearing gold and singing … Gold by Spandeau Ballet. EF gay felt like we were in a disco!  Fabulous!  His diva theatrics helped him make the song his own – I think he’s the nation’s favourite campmeister!  Gary didn’t like his performance although the other judges loved him – as did EF!  Nicole accused Gary of being a grumpy old fart!  Love it!

The last of the overs, Kye, sang Michael Jackson’s Man in the Mirror – EF loves this song.  He sang it well and sent the audience into a frenzy.  Louis called it an incredible performance.  Tulisa’s only critique was that the backing track was too bubbly, but that was not his problem as his performance was spot on.

Next on is sixteen year old Ella Henderson singing Take That’s Rule the World.  It was a mesmerising and captivating performance.  She has such a powerful and soulful voice for one so young.  EF was moved by her performance.  Gary said he hates people singing his songs ten times better than him, Nicole got to her feet and said there were no words and that it was a blessing to hear her sing, Louis said it was better than the original.  Tulisa said she was untouchable.  Well done young lady!

Carolyn Poole, singing a country version of Nicky Minaj’s Starships, reminded EF of Shania Twain  As Louis would say, she made it her own.  Nicole called it a bold song choice and told her to loosen up a bit more, Louis also compared her to Shania Twain, Tulisa loved her but criticized the song choice.

Last up is Jahmene Douglas.  The giggler sang John Lennon’s Imagine.  Beautiful.  EF, the Judges and the audience were entranced by his stunning voice.  His range is just incredible.  The shy youngster conquered his nerves as Louis declared that he was his biggest fan, Tulisa was blown away – Gary warned him not to over sing.  Nicole was pleased that he’d found his voice and just wanted to squeeze him!

That’s all 13 contestants done.  Tune in tomorrow night for the results.