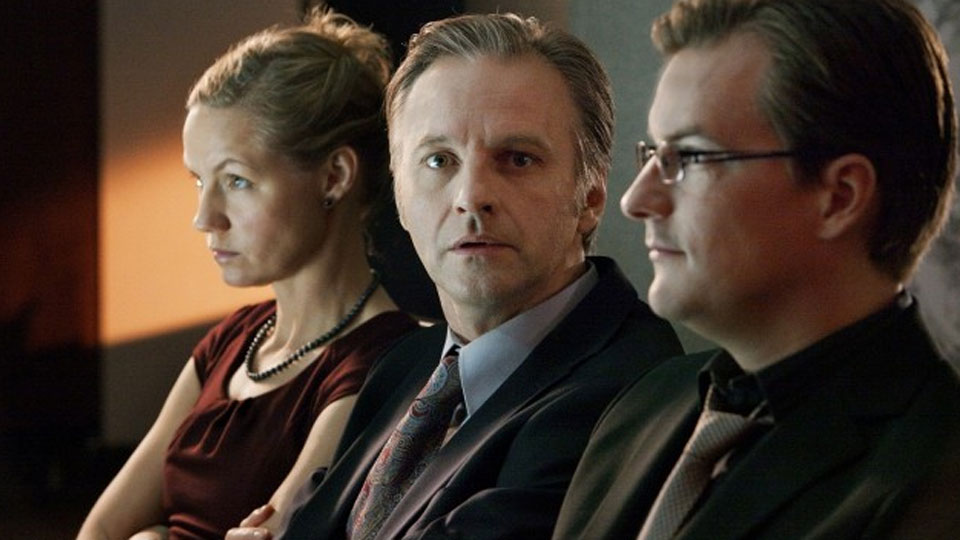 David Holst (Bjorn Kjellman) is a popular Swedish politician who is on the road to becoming the next Prime Minister. A curveball is thrown when his seemingly easy road to victory is derailed and a rival party wins the election. As it dawns on him that it’ll be another four years before he has a shot at being Prime Minister, David finds himself in an unexpected situation when he falls in love with Martin (Eric Ericson) a promiscuous member of the rival party. To make matters even more complicated David is married and being caught with another man could ruin his career. Is he really willing to risk it all?

Four More Years is an amusing Swedish comedy drama that mixes sex with politics; a match made in tabloid heaven. The premise for the movie isn’t the most believable but it’s convincing enough to put your brain into coast whilst you watch it. One of the issues we had with the plot’s believability is that David’s behaviour is incredibly careless for someone that is supposed to be a high profile and much-loved politician. Surely he’d take a little more care about being affectionate with another man, particularly when he’s married? Throughout the movie he seems to throw caution to the wind and we just didn’t buy it.

The dynamic between Bjorn Kjellman and Eric Ericson is the reason why Four More Years succeeds. Kjellman plays David as the straight guy and he seems to just go with whatever is happening. There’s an amusing exchange between David and his wife that is a bit of a game changer and makes you look at the storyline with a different perspective. Ericson on the other hand hams it up as the go-getting Martin. When the two actors are onscreen together the movie is at its strongest but when they aren’t it suffers a bit.

Four More Years isn’t destined to be a classic but it ticks all the right boxes for a night in-front of the TV. The scenario may be unlikely and some of the plot developments questionable but there is something really fun about the movie. Sex and politics are two topics that seem to blur frequently and this movie does a good job of making them entertaining. If you’re happy to forgive the negatives then you’ll find this an amusing enough movie to pass an hour and a half of your time.