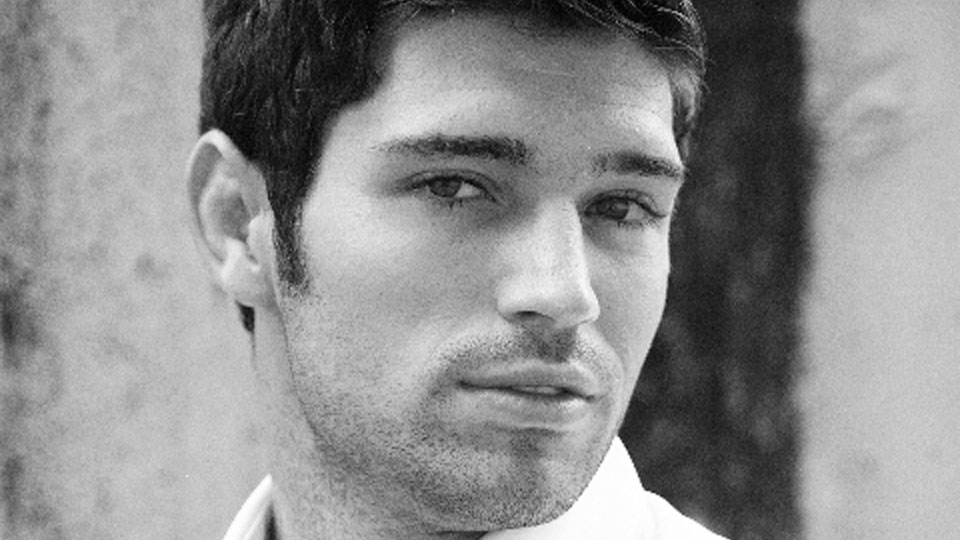 Bo Roberts is more than just a pretty face. The former boxer has caught the attention of thousands of fans thanks to his work as a model, most recently appearing on the cover of Australian gay magazine DNA.

Bo is now turning his talents to acting and as he climbs the ladder of success, we caught up with him to talk about his career so far.

In our interview Bo gives us an insight into his work as a model, talks about his physique and shares his hopes for the future.

Hi Bo. Thanks for taking the time out to talk to us. How are you today and where does this Q&A find you?

I am currently writing to you from Los Angeles, California. As of two weeks ago.

You came to our attention on the rather eye-catching recent DNA cover. Tell us about that experience.

The cover of DNA you are referring to was shot on an island called Fire Island, which is very close to New York City. Being accustomed to the NYC lifestyle with the constant pace and loud people everywhere, shooting on Fire Island was a relaxing getaway for a few days. The photographer I worked with, Kevin Mcdermott, was really fun to work with.

You’ve had quite the interesting journey to fame. We hear you used to be a boxer and cage fighter. How did you get into that?

My segway into competitive fighting came while I was working in law enforcement. To sum up my job, I monitored inmates and also worked as a riot squad member. I befriended a fellow officer and he introduced me to MMA.

How did you make the transition to being a model? Is that something you always wanted to do?

I never had any aspirations of becoming a model. The way it happened was interesting, I think. I left my home and everything I had known chasing the concept of true love down to Florida. After changing my Facebook status to FL, I had a few photographer contact me, which I shot with mostly for fun for my ex. It wasn’t until Luis Raphael had contacted me, the 3rd time due to my stubbornness, that I agreed to work with him. Luis said he would pay for my food and gas and hotel and I could bring my lover down to shoot and enjoy Miami for an evening. Leaving me with no reason to say no now I drove down and shot with him. Luis said he was willing to pay the money because he knew I had something special and he wanted to help me get noticed. The photos from him were the first time I had ever seen my self in a “good model shot”. His lighting, and me losing some weight really looked nice. A few weeks later Luis called me up and told me a magazine called DNA wanted to use a photo and he needed my permission. I said yes and that is also the backstory why my personal Facebook page has been and always will be the photo of me in the black shorts with MMA gloves on and of course, Luis Raphael’s name at the bottom.

There’s lots of photos of you floating around the net and we can see you’ve got a fantastic physique. Tell us your working out secrets.

Workout secrets, I do not have “secrets” per say. I lift with the reverse pyramid; Start heavy and only drop the weight when I cannot finish a set. Keep dropping weight until you are basically lifting nothing. I also eat for fuel, not for fun. Also, switching up the lifts I do, as well as, the entire gym experience, as in cross fit for a week then power lifting, then only cardio etc etc. I hit the full range of motion, eat very healthy, while still enjoying pad thai here and there, and take my vitamins.

How comfortable are you with flashing the flesh and stripping down for photoshoots now? Did it take some getting used to?

I have competed in athletics since the youngest age possible. Always having eyes on me, I’m comfortable in that environment. When it comes to shoots where I need to get in the “sexy” mind frame, it really is the kiss of death when there is someone with a camera phone or a photographer that is creepy. Rick Day comes to mind with helping me describe this. I have shot with Rick one on one in his home and in my underwear. He told me, that he is an open gay male who is taking photos of a hot guy oiled up in his underwear trying to be sexy. Based on that, Rick is going to give compliments/comments. Yet when I had to change, he would leave the room and ask me to come get him when I’m ready. That is the exact situation I need to feel comfortable in what I’m doing, vs. the photographer that wants to watch me change, apply the lotion to my legs because they don’t want my hands oily? wtf. Basically it all comes down to being professional.

I’m perfectly fine with the attention from my gay fans. In fact, most of my friends living in NYC are gay men. Just like the professional vs. unprofessional photographers, if you are a creeper then you can get lost. Other than that I’m drawn to open minded artsy type of people. They seem much more receptive to change and new things, which keeps things interesting.

Earlier this year you starred in the short Wonderland. How did that opportunity come about and what was the experience like?

Wonderland came about after I was contact by Braden Summers. He said I had the look he was going for and had seen some of my other work and thinks it would be a good fit. We enjoyed working with each other and have actually just completed another project called Twisted Country. I enjoyed working with Braden. Twisted was initially started off as a comedy before it was changed into a drama. It then turned into a dark drama with a twist, hence the name, but finally was pulled back to what it is now. Being able to work with Braden on that level really allowed more creative thoughts to happen.

Acting is something you’re looking to pursue further. What kind of projects interest you and why?

As far as acting goes, I want to work on shooting all across the genre spectrum. I’ve noticed that I can break into drama the easiest but would also like to have some fun in comedy, since my actual persona is pretty off the wall and goofy.

Describe your ideal role to us? What kind of character would you play and in what kind of movie?

The ideal role for me? I think that may shift in time. Now I believe my background can help me land a part in an action movie. Once I shoot that I will look to do a more romantic movie. Once I have guys liking me from the action and women liking me from romance, I would like to land a very dark drama movie and hopefully have everybody agreeing that they can’t wait to see what I do next.

From now until the end of 2012 I plan on beginning to let people know I also act. Not just focusing on short films but also start auditioning to be placed into features that hopefully we can all go to a theater and watch.