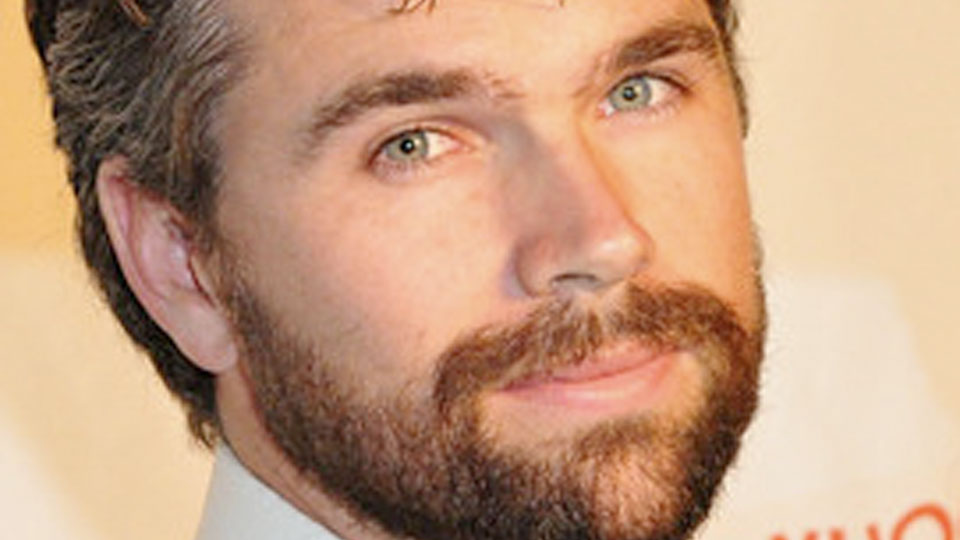 We’ve got a little Celluloid Closet treat for you today following our recent coverage of the classic gay slasher flick Hellbent.

The hunky star of the movie, Dylan Fergus, happily talked to us recently about his memories of the movie as well as revealing what he’s been up to over the last few years.

Having switched from being in front to going behind the camera, Dylan’s chiselled features don’t grace our screens as much as they used to but in our interview he talks about why he made that decision.

Things are great. I’m in post-production on a short film I directed with Jonathan Slavin and Lauren Schneider about the magnetic force that keeps people in a relationship long after they should go their separate ways.

As well as creating online series ‘Floored and Lifted’, you’ve directed several short films. What’s it like being behind the camera rather than in front of it?

I like working with the whole team. Figuring out the nuances of a story with all of the different artisans that make up a film crew, the cinematographer, production designer, sound mixer, wardrobe, editor and, of course, the actors. I found myself working as an actor but thinking like a director. There came a point where I’d be acting with these amazing actors, who I went to school with or was in a class with in New York or LA, and I’d start thinking of projects just to work with them.

You’ve attended CalArts in the film-directing program. Why did you decide to do that?

Once I had the full realization of where I would be most useful, I knew I had to take the time to go back to school and really study the craft of directing. For me, grad school is really about taking the time to focus on the craft and experiment in ways that you can’t outside of a scholastic environment.

In our monthly gay cinema retrospective ‘Celluloid Closet’ we recently revisited your film ‘Hellbent’. Tell us a bit about the movie.

Paul Etheredge, the writer/director of ‘Hellbent’, created a super fun slasher film set during the West Hollywood Halloween parade. The film follows four friends as they try to find love and have a little fun. That is until they start getting killed off.

In the movie you play the lead character Eddie. Give us the lowdown on him.

Eddie’s great, he’s a little shy, a little nervous. He’s the maternal figure in his circle of friends. He always wanted to be a cop but isn’t quite there yet. He falls head over heels for Jake, a sexy bad boy, and then has to prove himself by protecting Jake from the slasher. Eddie also has a glass eye I thought that was a fun, random character trait.

‘Hellbent’ broke new ground as the first gay slasher movie. What are your memories of making the movie?

I had a lot of fun. I was still pretty new in the film world, so I spent a lot of time asking questions, learning the terminology. I would hang around on set and bug people about what they were doing.

Tell us how you came to get involved with the project.

It was actually a pretty traditional process: audition, call-back, meet the director, meet the producers, and you’re in.

How do you feel about the movie looking back at it now? Are you fond of it?

I am fond of it. It was such a fun film to make and it’s super fun to watch.

We featured the movie on ‘Celluloid Closet’ as many gay cinemas fans are very fond of it. What kind of feedback have you had from fans over the years?

Great feedback. The fans are really the best part. One of the premieres was at the Castro Theatre in San Francisco, which is just a few miles from where I grew up. It was crazy to watch the film with 1400 of my neighbours. It’s a great film to watch in a big group. I remember people screaming and jumping in their seats, and then laughing in relief. It’s a great community there. The film has wonderful fans everywhere.

You’re a good-looking guy. How do you keep yourself fit and looking so good?

Thanks. I’m not sure really. I have always been the happiest when I was running around playing some type of sport or getting into a new physical hobby. It has to be fun.

Is your plan for the future to balance directing, producing and writing with your acting work?

The plan is to tell good stories. I feel lucky to be directing, working with great actors, great artisans.

‘Hellbent’ is available on DVD now through TLA Releasing. You can follow Dylan on Twitter @DylanFergus or find out what he’s up to on his official website www.dylanfergus.com

In this article:Dylan Fergus, Hellbent