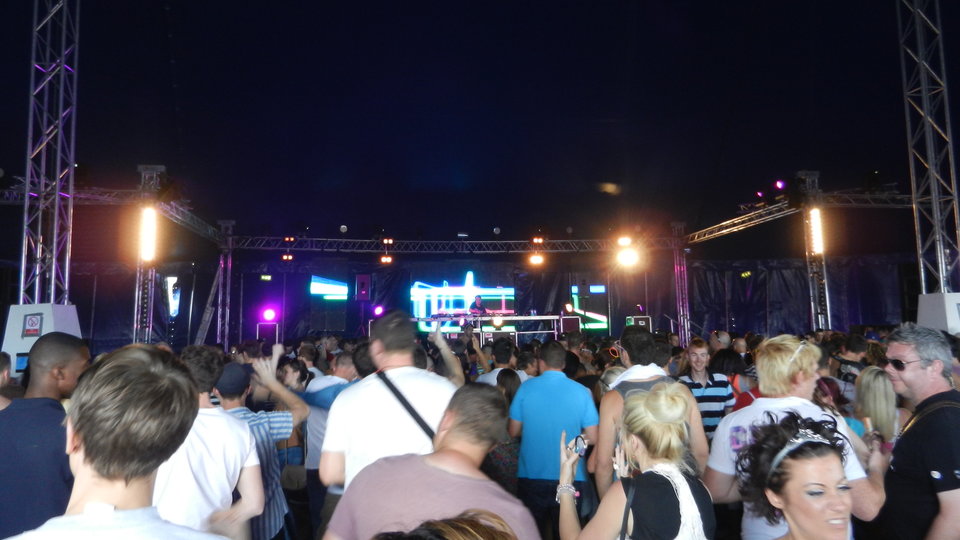 High Definition Festival was back for the second year running at Forest Farm in Essex. High Definition Festival prides itself on taking absolutely no shortcuts when it comes to the quality of featured acts, sound systems and production values involved. Featuring five specialist stages, the event will showcase a wide variety of the finest talent across the spectrum of electronic music. Fedde Le Grand one of the biggest break-through acts from Holland was headlining the festival alongside Mark Knight, Ms Dynamite, Maceo Plex and many, many more. This year was no different and EF was there to tell you all about it.

The sun was shining and the festival crowd seemed up for a dance when we arrived on site. Bringing the best of dance and electro acts High Definition Festival was determined to come back with a bang. Our first impression of High Definition Festival was that it was a pretty laid back atmosphere on site, the small festival was crowded with a lot of punters lying around in the grass enjoying the weather alongside the beats that were coming from so many directions.

For a small festival High Definition had a huge selection of tents with the best sound systems we heard in a while. For a dance/electro festival sound is key and High Definition certainly seemed to pull all the stops.

We spent a fair amount of time in the main stage/tent enjoying acts like Mark Knight and Redlight. Grammy nominee Mark Knight didn’t seem to be on form with a mild set of mainly mainstream house. The beats were still banging though and there were a few highlights during his set. We also spent a lot time in the Too Damn Glam tent, which had a huge selection of funky house DJs, Darius Syrossian, Mark Fanciulli all delighted a crowd of avid dancers. Elsewhere on the Digital Stage BBC DJ MistaJam promised energy and such he delivered with a selection of old school garage and drum and bass tune the crowd was ecstatic. Also on the Digital Stage Ms Dynamite delivered a vibrant set and provided a bit of variety after a lot of DJ sets.