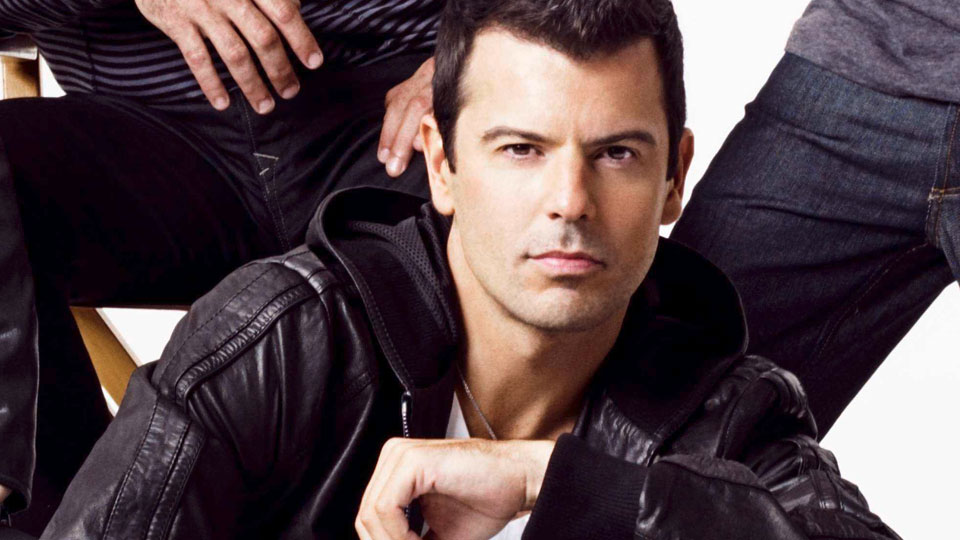 New Kids On The Block and the Backstreet Boys took fans and critics by surprise when they announced they were merging to form supergroup NKOTBSB.

Having spent most of 2011 on the road together on tour, the group is bringing their hit show over the UK next April.

To find out more about what we can expect we called New Kids On The Block singer Jordan Knight and he gave us the lowdown.

What have you been up to so far?

Today? I’ve done a bunch of interviews. I’ve done some laundry. I did a little exercise, had some coffee. That’s about it.

Tell me about NKOTBSB. How did New Kids On The Block and Backstreet Boys join forces?

It came about from doing a performance with them. They came to one of our shows and ended up performing with us on stage. We just wanted to end our tour with a bang at Radio City Music Hall so we invited them down as special guests. We got such a great response from the fans and more so in the press. There was such a reaction to it; to the fact that two boybands would even get on stage together and sing a song together just for the fun of it. That got such a reaction from press that it couldn’t be denied and we couldn’t get away from it. We started talking about doing a tour because of the response we got.

It’s a genius idea. You don’t see two boybands getting together on stage Did you have reservations about taking the idea forward or did it just feel right?

No it felt really right. They’re really good guys. They have a lot of respect for us and likewise. I knew that people would pick up on our respect for each other. I knew that it would create a lot of buzz; two boybands shouldn’t be touring together and performing together that’s just unheard of. A lot of people thought that our egos would get in the way or that our fans wouldn’t allow it but we went ahead and did it anyhow. I think more so that it’s all the songs, all the music and all the fun that people can have coming to see that show, that’s what brought people in. That’s what I thought would make the tour so successful. I was all in and ready, so was everybody else.

You’ve been touring in the US this year and you’re coming to the UK next year. What can UK fans expect from the show?

Is it difficult to get all 9 of you on stage at the same time?

We open the show together but our stage is so huge. There’s no bad seat in the arena because the stage covers almost the whole floor of the arena. There are 9 of us on stage but it doesn’t look crowded. There are only a few moments where we’re all on the stage. The opening we’re all on stage and there are a couple of times where we join forces. Its one super boyband group but more so it’s both groups together doing their thing, doing their hit songs and being themselves on stage.

Alongside the tour you’ve got the album featuring both groups’ greatest hits and a couple of new tracks?

Yes that’s right. Most of the songs on that album will be sung in the show.

Wow! I’m glad you’re excited because that makes me excited. It may be like Take That and Westlife joining forces and doing a huge tour. It’s a big deal.

Yeah but New Kids On The Block and Backstreet Boys are way cooler than those groups….

You think so? (laughs) Maybe that’ because we’re from here (the US) that you think that? We tend to think that British rock groups are cooler than the rock groups here. We have respect, like we do for the Backstreet Boys, for Take That and the groups that are over there (the UK) as well.

Is NKOTBSB going to be a permanent fixture or haven’t you decided that yet?

We haven’t planned that far. We’ll just see where it takes us. The thing is, if people want to hear and see us we’ll do it. We love doing it. We had a real blast hanging out with each other backstage and onstage. It was cool getting to know the Backstreet Boys. There’s a few songs that I’ve grown to really love of the Backstreet Boys because I’ve toured with them, that I didn’t know. It was just cool to get to know them personally and see how really talented they are. To do it again, I would love to. It was great seeing their fans in the crowd and they loved seeing our fans in the crowd. It was good to see all of our fans meshed into one. It was an awesome experience.

Can we expect a new album from NKOTB to follow-up ‘The Block’?

It’s not planned yet but I think it’s a good idea that we do one. I think everyone is ready to do one and all of our fans are ready to hear some new material and see something new from us. That will definitely be in the works.

‘The Block’ was progression and evolution for NKOTB. Do you think the new record would build on that or would you do something completely different?

Yeah (laughs). We did a duet with her on our album. She’s on the same record label and our label were like ‘we’ve got this Lady Gaga chick that you guys have met and really like and we want her to tour with you. Is that ok?’ We said ‘yes that’s fine, it’s one big family here’. She’s great. She walked into the studio one time and we were like ‘who is this chick? She is a star.’ It turns out we were correct. She warmed up the stage for us and now getting her on the phone would be quite a task.

You had a solo album out earlier this year. Is the solo career something you’re planning keep doing on the side?

The solo record is a great outlet for me. It’s a lot of fun. Sometimes when you’re in a group there’s things that you can’t do and don’t have total control over. When I do a solo album I have total control and it just gives me a great feeling of satisfaction to be able to do that also. It doesn’t take away from the group, it enhances the group. It gives the fans new material to listen to and it’s a lot of fun for me. It gives me something to do when the New Kids aren’t touring. It’s something that I will always continue to do. It’s something the fans love and I love doing solo stuff.

How do you find the time to do it all?

I don’t know. I think when you just love doing something you find the time. It’s hard because I do have a wife and two kids along with everything else. They have to put up with me being on the go. When I promoted my solo album I did it in conjunction with the NKOTBSB tour. It wasn’t like I did the NKOTBSB tour and then went off on another tour. I did them simultaneously. Now I’m home and I’m having some good time at home.

When you come over to the UK you’re going to have to teach the EF team how to do your dance routines. We don’t want to be the only ones getting it wrong in the audience…

Maybe I’ll make a YouTube instructional video and send it to you privately so you can practice the routines for months before we actually get there. You’ll be ready.

It’ll take us months to learn it trust me…

I know. It definitely seems like it takes a long time but then it starts clicking. It’s funny, you’ll be in the dance studio thinking ‘I’ll never get this, it’s too much’. Then all of a sudden when you least expect it, it just clicks. Your body just takes over and you go on auto-pilot. It’s really kind of a phenomenon.

(laughs) I don’t think you’ll be the only ones. It’s all about just letting go and going crazy!

NKOTBSB bring their tour to the UK in April 2012 starting in Belfast on 20th April and ending at London’s O2 Arena on 28th April. Tickets go on sale on Friday 29th October 2011 at 9am.

In this article:Jordan Knight, New Kids on the Block, NKOTBSB