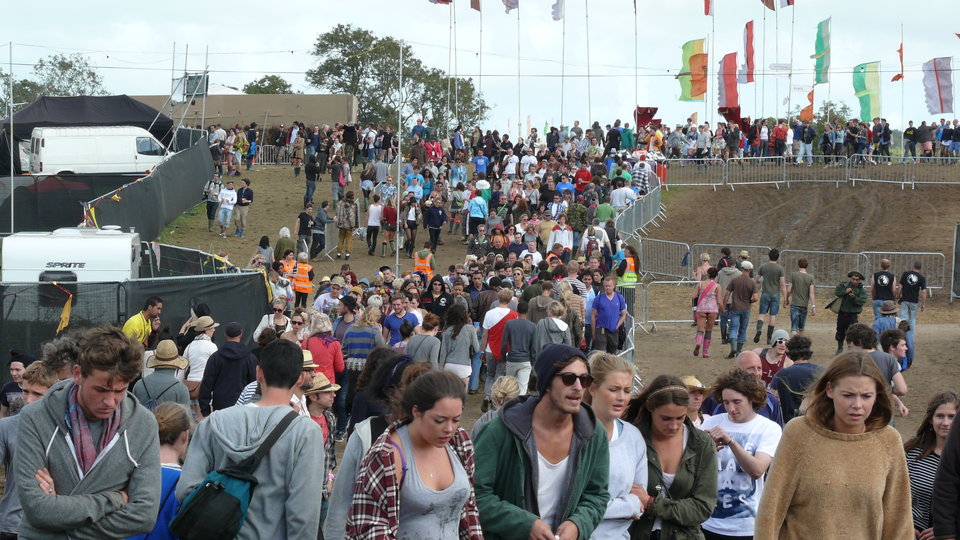 We know we say it a lot but it does seem like each festival sets the bar a little higher for the next year making every year very special. Bestival 2011 is no different this year with a line-up that includes Bjork, The Cure and Pendulum but also Crystal Fighters, Crystal Castles, Tom Vek, Groove Armada and djs such as Fake Blood, Skrillex and many, many more it was hard to beat the urge to get a ticket.

Rob Da Bank’s fine festival isn’t the easiest to get to, though like an adventure or a treasure quest, Isle of Wight’s Bestival is quite special indeed. We arrived Friday ready to discover what was new in the meadow, the enchanted forest and the general atmosphere and it was as we remembered it and even slightly better. Bestival’s crowd is also something to behold, savvy fancy dressers and experienced music tasters but also dancers till dawn breaks!

We started festivities with a smashing set by Public Enemy, who didn’t mess about getting everybody ready to rock. The main stage was packed with people trying to catch a glimpse of the iconic band.

Over at the Big Top we caught glimpse of Patrick Wolf who wowed a packed tent. The musical prodigy was playing a harp, violin and piano making him sweat in the big sauna that was the Big Top.

Our eyes were back on the main stage for Magnetic Man’s live show, which consisted of a light show and an mc. We wouldn’t normally consider this a live show per se but with a great atmosphere and a wicked delivery Magnetic Man proved us wrong. I Need Air or even Going Nowhere were big hits amongst the crowd.

Back on the Big Top we caught some of Mogwai’s panoramic soundscapes that were equally as powerful as they were beautiful. Then was the turn for Crystal Fighters to yet again wow us. We saw them play at a few festivals this summer and every time this quirky band delivers on sound and on stage presence. I Love London got big cheers, whilst Xtatic Truth got us singing along with the audience and both Follow and At Home got us a little nostalgic.

Closing the main stage on Friday was Pendulum the Australian drum and bass band.

We also caught Skrillex’s mad set and Groove Armada who are never disappointing.