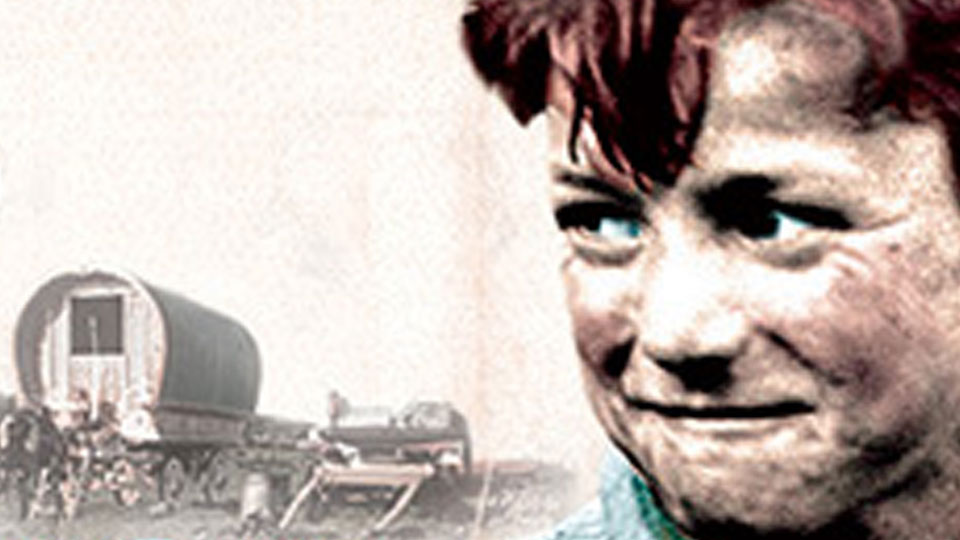 Recently we caught up with Mikey Walsh, the exciting and elusive writer behind the bestselling memoir Gypsy Boy. Over a few coffees, a wander in a graveyard, a mad dash through torrential rain, and some time spent watching the world go by; we asked Mikey about the success of his book, his secret identity, his forthcoming projects and much else besides, some of which is our pleasure to share with you.

Mikey, how are you?

You often announce how you are to the world on Twitter.

You have a dedicated following on there.

I do. My Twitter followers are amazing. They’ve been the most amazing people.

It’s been a real revolution. To be able to communicate with people who’ve read and loved your work. What does that mean to you?

It means a hell of a lot. It’s beautiful, really, just to have those kinds of people on there and to get all these lovely messages from people who say they’ve enjoyed the book. It’s just beautiful. And Twitter’s a funny thing, it can almost be a very self-obsessed thing. I see no point in somebody opening a Twitter account wanting to get a million followers but then never following anyone back, because therefore the only thing they’re interested in is what people have to say to them; whereas everyone who follows me I always follow them back because I want to know what they’re doing as well. It becomes this huge kind of MSN chatroom, but there’s no point in Twitter for me unless I’m listening to what other people have to say about their stuff. And some of the people I have on there, their 140-character observations of life – I love it. It’s really cool. There’s a thing called Follow Friday which I avoid because it’s a courtesy thing, and I have a private account, but if I think somebody is interesting and has genuine, funny Tweets I’ll recommend them. Some people have some great little observations on life.

I used to rant a bit too much on Twitter. But I’d read some of your Tweets and they’d cheer me up with their observational humour. One that made me laugh recently was where a girl in tight leggings wedged up her jacksie had walked past, and she’s overhead you call her ‘hungry bum’.

(Laughs) That’s really bad! I just said something like “Somebody’s hungry”, and she heard, and she stopped, just ahead of me, like, “I ain’t walking,” so I just fiddled around in my bag and sent a Tweet about it.

Are you a cheerful person then?

Um, yeah. I suppose so. In a miserable bastard kind of way.

Almost in an English kind of way then?

(Laughs) Yeah, in a very kind of proud kind of British kind of way. But I love Twitter. I don’t have a Facebook account. There’s this really amazing woman called Jill, and she’s opened an official Facebook page; but there’s so many people under fake names and fake profiles going on there, so I stay away.

Did you worry about writing Gypsy Boy at all, or did you just need to get the book written and then worry about what might happen if it got picked up and published?

I wanted it to get published. I just wanted to know that I could write it the way I wanted it to be done. I’m not really a good reader but I watch a lot of films, and I wanted it to be done right. Originally I wrote it all in first person and wrote it in that moment as it went along, and then after it got picked up it took me a year to write it in another way, but I felt confident enough to be able to write it the way I wanted to. Stupidly, I felt I’d been away from home long enough to think that it would all be fine. And it’s my story, it isn’t theirs.

There’s also a lot of people who don’t understand how proud I am of what I am, because I don’t just leave home and suddenly I’m not a Gypsy any more because that’s not the way we are, you know? We’re a race of people, really. I’m very proud of what I am, and I know that there isn’t anything written about us, and not every Gypsy has the same upbringing as me because I just happened to be born into a family where I had goals that I’d never reach, even if I was amazing at everything that I always wanted to be, I still wouldn’t reach them anyway.

In one of your interviews you say that all the men talk about is money and fighting.

A prescriptive life as well, married by eighteen.

Yes, sixteen to eighteen is your marrying age. By the time you’re twenty you’ve got a kid, four kids by twenty-five and doing exactly the same as your mother and father did before you. And that’s it then. But it’s not that that’s a bad life, because that’s what they want. It’s about being able to provide and afford nice things. You don’t live in caravans because you can’t afford to live in a house; you live there because that’s the kind of life that you lead. The caravans that you live in, if you could see them – some of them are just incredible. My mum’s one looks like Joan Collins’ dressing room!

It’s one of the reasons I first read the book, because I had no idea what the caravans look like.

They’re so amazing. If you do a Google search for Roma caravans, they’re these huge chrome things. There’s the old ones that are painted on.

Yeah, but then the newer ones like Buccaneers and Romas are these huge chrome things. The people that make them do them by design so a family will go to them and tell them exactly how they what them inside. And they’re just so elaborate, so over-the-top. My mum’s was completely white wood inside with all these mirrors and all these open glass cupboards where you can display all your crockery and cutlery. They have an oven and a shower in them, but they never use them, they’re more likely to use them as storage space. Then they’ll have an awning attached to the front where they’ll have an oven and all that, because they just don’t want to get their trailers dirty. They’ll spend all day cleaning them.

Yeah. (Laughs) But people have to know they’re the latest designer labels, so that’s where the chav part comes in.

Chavi, yes. But that just means ‘child’. The word ‘chav’ started going around a few years after I’d left home, so when ‘chav’ started to mean – I don’t know – a woman in leggings and lots of gold on her…

Suddenly everyone was using the word ‘chav’. It’s become such a big thing now and yet it just means child.

One of the things so fascinating about the book is an insight into a culture that doesn’t really have any written heritage.

And they don’t really want you to. Even with this one I think people would rather imagine that it never happened, rather than do something about it. Mind you, saying that there’s people who are trying to cash in on it now! So you’ve got these other Gypsy books that are coming out so I’ve created a whole new genre. I’m just waiting for ‘Gypsy Girl‘.

There’ll be a whole shelf in Waterstones dedicated to your new genre this time next year.

Jesus Christ! As long as I remain the Stephenie Meyer of it, I don’t care!

Was it therapeutic writing Gypsy Boy, because you write about some horrible things that happen to you as a child?

It’s very good therapy to go right back in there. I tried to understand all sides of things. I’ve got a very good memory…

…that certainly comes across.

…I’ve got no bloody short term memory. It wasn’t that it was difficult. There’s a moment I suppose in therapy when you feel you’re really on it. It’s like being an actor and finding yourself in what they call “in the moment”. When you feel it, it’s great, and you feel like you’re getting it right. I tried to write the book a lot of times with a sense of humour, bouncing over things, and it was crap, because it wasn’t what it was. I just felt that if it doesn’t affect me, it won’t affect anybody, and so I need to be blunt and honest and straightforward with everything, and I won’t talk about what I felt afterwards because how would you feel afterwards? That’s the given. And also there’s no blame in it. I don’t blame anybody.

A complete absence of that in fact.

There was the expectation that you’d grow up to be a fighting man.

I would never have been any of those things. He knew it from really early on. My mother and father knew I’d be this person before I did.

But you’ve found writing. When did you first realise you were a writer?

After I left home I started to read a lot and started from simple things, but things that have a lot of imagery, and things that are familiar, so I’d read graphic novels of Batman Returns, and Garfield, and random things like even the Sun newspaper, and all these kinds of things. Then I’d always write because I needed to, because I needed to improve my handwriting; I needed to be able to spell things correctly; I needed to be able to use words that I didn’t use before; and I’d always ask if there were words I didn’t understand, and then I’d use them. So I was teaching myself that way, and I needed to do it.

How old were you when you started to read and write?

Well, I did go to primary school for a little while, but we were put in a room with this woman who really wanted to know more about us than wanted to teach us.

Is that the teacher in the book?

Yeah. She was great, but she was more interested in what she could get out of the travelling kids. And to our families, we were only there because we had to be, because an education was not essential. It is now, because the culture’s changed. It’s illegal to knock on people’s doors now so they can’t do it, so travelling people have to adapt. But right up until the late nineties… It was round about the same time that Top of the Pops went that so did Gypsy culture!

Come back for the second part of my interview with Mikey Walsh, in which the author talks about how he generated interest in his book, the inspirational talk he gave in Cambridge, and the correct way to pronounce ‘Gorgia’.