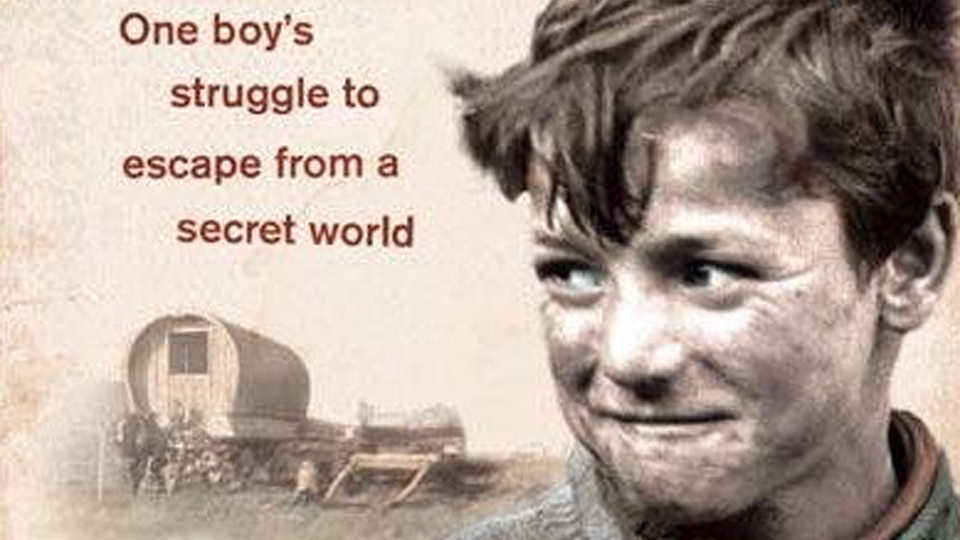 Gypsy Boy is a massive success thanks mostly to word of mouth following its publication last year. Since then, it’s won rave reviews and proved a hit with a number of influential people, and has consequently stormed into the bestseller charts. This has prompted the publisher to re-release a new paperback edition, quoting praise from Stephen Fry (no less) on the jacket, which is now available.

So what is all the fuss about? Gypsy Boy is the autobiographical story of the first fifteen years in the life of Mikey Walsh. If you think that sounds like a mundane yawnfest then think again. Mikey was born into a Romany Gypsy family, and his memoir is a blistering insight into a secretive and enigmatic people. Never mixing with non-Gypsies (Gorgias), and being raised in a travelling lifestyle in which most remain illiterate, the Gypsy life that Mikey grew up in is only viewed by the outside world through a mist of myths and legends. By opening a window into that mysterious world, Mikey has broken one of the biggest taboos of Gypsy life – telling Gorgias about it.

The early chapters are lyrical descriptions of the events surrounding his birth, as witnessed by the adults who would play key parts in his early years. This introduces the reader to the Gypsy way of life, preparing us for Mikey’s childhood. From the age of four, he’s trained to fight, subjected to boxing lessons from his father, so that he can retain the good name of the Walshes. Yet it’s clear from the first session that Mikey’s not cut out to fight, and he very soon becomes a source of shame and embarrassment to his father, who uses Mikey as a punch bag on which to take out all his frustrations.

The harrowing descriptions of boxing gloves that feel too heavy on childish hands; of being punched repeatedly by his father; and of crying even though he’s been warned that tears will be punished are graphically detailed, and will awaken the worst childhood memories in any reader: the terror of being forced into doing something against your will in order to try to satisfy a parent’s frustrated ambition. Although Mikey had it tougher than most, and refuses to shy away from the traumatic details of his formative years, there’s not a trace of self-pity in the prose, nor indeed any hint of resentment towards his father. Instead, he writes of himself as being in a world in which he doesn’t belong, can’t conform to, and can’t escape.

Yet it’s not all bleak. His complicated relationships with his sister Frankie and his mother offer the light and shade, and there are plenty of moments of comic relief. The flamboyant Aunt Minnie provides plenty of belly laughs with her gutter mouth and rapier wit. She takes Mikey and Frankie on shopping trips, but doesn’t like paying for anything, and their little outings don’t always go according to plan. It’s never too long though before a feeling of dread returns to the narrative. When Mikey and Frankie take to dressing up in their mother’s clothes, Mikey takes on the persona of ‘Aunt Sadly’, a grotesque comic creation that would lead to trouble if his father ever found out about her. Cue Mikey frantically rubbing make-up from his face and scrambling out of a dress as his father hammers at the bathroom door. The feeling of dread that Mikey will be ‘found out’ subsumes the book through the constant fear that he will bear the brunt of his father’s short fuse, or be challenged to fight another Gypsy – which he can’t decline even though he has little chance of winning.

The older he gets, the worse things become for Mikey. He even finds himself isolated from Frankie when his father sets the two against one another. The most poignant moments of the book revolve around his relationship with his sister. They are so close to begin with, as friends who stick up for each other, sharing in the sense of childhood wonder that Mikey captures so well; but this makes it all the sadder when, as they grow older and become teenagers, they drift apart, and the shifting sands of their relationship is part of what makes the story so tangibly real, moving and heartfelt. The relatively short childhoods of the Gypsies perhaps makes the formative years more intensely remembered. But from the movie nights with his mother; to the Gypsy custom of kissing the deceased and reaching down, eyes closed, to see off an elderly relative; to the one teacher at the Gorgia school who first reached out a hand to Mikey and sowed the seeds of belief in his creative talents; it’s a childhood memoir of astonishing richness and clarity, told with great humour and compassion.

There are some things Mikey is unable to tell even Frankie. One of the few adult male Gypsies ever to give him a kind word is one of his uncles, but when it becomes clear there’s a sinister motive behind the gestures of affection, the story reaches the sections most difficult to read. It’s about survival, though, and that’s something Mikey does very well, against the odds. He knows from an early age that he’s gay, and that is not a safe thing to be in Gypsy culture. This sets up a terrible dilemma of either having to spend his life living a lie, or leave his people forever in order to live his own life.

A Gypsy can’t leave the Gypsy way of life and ever go back. There’s no free passage between the Gorgias and Gypsies. The only Gorgias they interact with are ‘dossers’, who are treated worse than the lurchers. The expectation is always that Mikey will find a way to leave, and the seed of this idea is planted on his first visit to London, staring in awe out of the window of his father’s van at the lions in Trafalgar Square as he promises himself that one day he’ll make the city his home. But it seems impossible for Mikey to find a way out, unless he can find someone in the Gorgia world to help him. Yet hanging out with Gorgias is bad enough, but falling for a gay Gorgia is about the most dangerous thing he can do. Mikey leaves no clue in the writing as to what would happen if he did succeed in escaping, and what terrifying lengths his father and other Gypsies would go to in order to drag him back; and this sets up a breathtaking climax to the story, so suspenseful you’ll be unable to stop reading until you finish it.

By the time you reach the end of the book you ought, by rights, to be emotionally battered and bruised. That this isn’t the case is down to the indefatigable strength of human spirit that Mikey shows in remaining resilient in the face of enormous difficulties, and having the moral courage to live his life and make the right choices, even when the consequences are unbearably hard and hurt those closest to him. There are plenty of tough men depicted in the book, but, whilst he may have lost the fist-fights, Mikey is as courageous as any of them.

What is so impressive about the book is the stamp of identity. Not just Mikey’s own pride in his roots and impassioned defence of Gypsy culture, but his own clearly defined personality. Telling your own story isn’t as easy as it may sound. A common mistake is to overlook the protagonist and leave a gaping hole in the narrative. Not so withGypsy Boy. Whether it’s because of the oral tradition of the Gypsies; the number of times he must have told his story to new friends when finding his feet in the Gorgia world, his drama training, or possibly a combination, Mikey takes you by the hand in the telling of his extraordinary tale, and in the intimacy of its telling lies its power. It will have a wonderful nostalgia value for anyone who grew up in the 80s, and the insight into the Romany Gypsy world makes for a truly original voice. It’ll make you laugh, and it may well make you cry – possibly even in the space of a page. Gypsy Boy is the sort of book you’ll remember forever.

For anyone who prefers the even more personal touch, an audiobook version of Gypsy Boy is also available, read by Mikey Walsh himself. His accent is remarkable, and his voice very easy on the ear. Reading it aloud suits Mikey’s cinematic writing style, and there’s consistency of voices for the other characters. He kept me company on two long car journeys and helped the time and the motorways to fly by.

Gypsy Boy leaves you with a flashforward to Mikey in the present day, but there are fifteen intervening years of his life story still begging to be told. Thankfully, a follow-up book is in the pipeline, which should satisfy fans of Gypsy Boyand introduce a new audience to Mikey Walsh’s writing.

Robert Gillespie – Are You Going to do That Little Jump? review