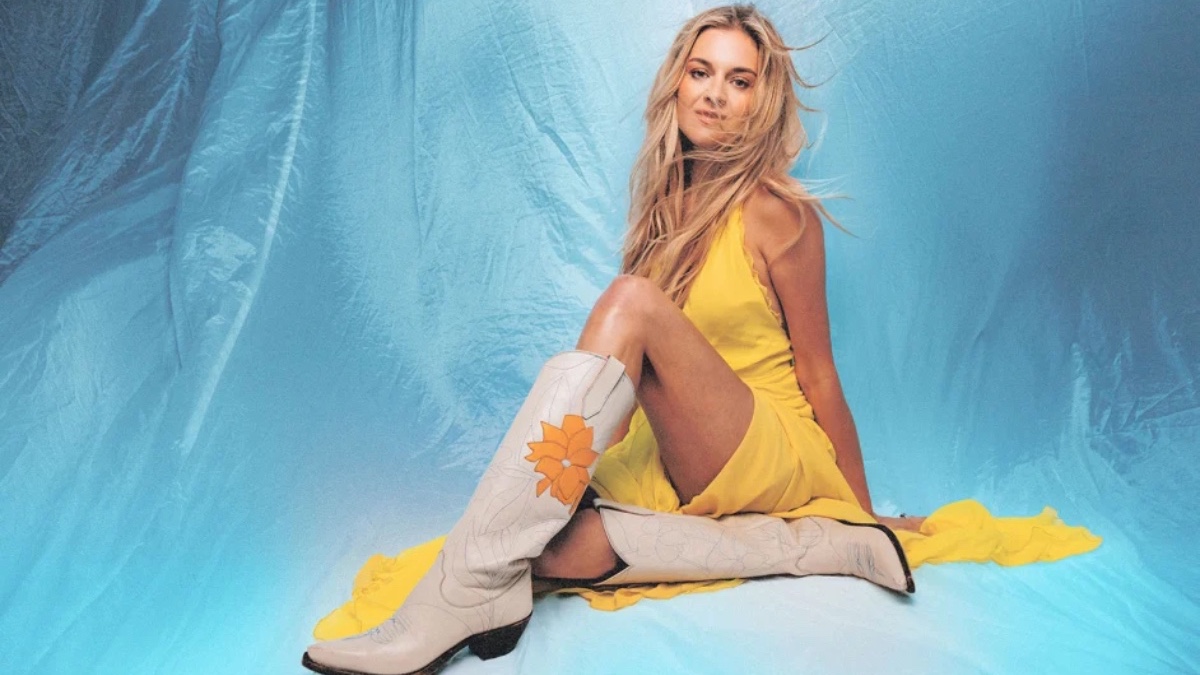 Kelsea Ballerini has never been afraid of change. From her debut album, ‘The First Time’ in 2015, which changed her life, through the ‘Unapologetically’ era in which an artist on their second record attempted to make a concept album, and on into the ‘kelsea’ and the subsequent ‘ballerini’ albums, which saw her flirting with the Pop world and the bright lights of California: change has always been part of Ballerini’s DNA.

Of course, as we’ve seen in the wider world over the past few years, some people can cope with change and some people can’t. Whatever disruption Ballerini has brought to the world of Country music, whether it be collaborations with Halsey, touring with the Jonas Brothers or duets with The Chainsmokers, she has always kept one eye on the more conservative and insular world of Nashville. Songs with both Shania Twain and Kenny Chesney have yielded huge smash hits as this talented artist attempted to straddle multiple genres with her honest, raw and yet artfully crafted music.

The elephant in the room, with new album ‘Subject to Change’, however, is that it was birthed during the (surprising, to us, at least) breakdown of her marriage to fellow Country artist, Morgan Evans. A divorce was announced in late August this year but if you are expecting some sort of raw, emotional Carly Pearce style ’29: Written in Stone’ biopic then you are going to be sadly disappointed. ‘Subject to Change’ is far from that. Yes, Ballerini uses some of the songs as therapy and yes the title of the album has now become strangely prophetic but ‘Subject to Change’ feels more like a treatise on identity and on growth and evolution. It might well be the story of two people growing apart but it is also the tale of an artist growing up in the public eye and defying the expectations that the fans, the industry and society have placed on her shoulders. It’s also a whole load of honest-to-goodness fun!

There’s a line in second track, ‘The Little Things’ that could well serve as the tag-line for the whole album. ‘Back to basics because they are bigger than they seem,’ feels like a great summation of ‘Subject to Change’. On many of the songs on offer here Ballerini has gone back to the Country/Pop sound of her debut album. Yes, songs like ‘I Guess They Call it Fallin’ and ”Doin My Best’ (more about this one later!) are more akin to the LA Pop scene that Ballerini was flirting with on her previous album, but for the most part, what we have on ‘Subject to Change’ is an album of catchy, melodic, simple and beautifully crafted infectious Country songs.

The title track is a light , breezy number that carries quite a serious message underneath its infectious melody and the juxtaposition of the two styles is fascinating. Quite intense lyrics about how unpredictable and emotional Ballerini can be are delivered on a bed of Country/Pop instrumentation. Similarly, the aforementioned ‘The Little Things’ sees Ballerini singing about the important things in life with an honest naivety that we haven’t seen since her debut album.

The further you delve into ‘Subject to Change’ the more likely you are going to find some fine fiddle grooves too! ‘I Can’t Help Myself’, another song about identity and expectations has a wonderful Shania meets Swift vibe to it. ‘I try to be an angel but then the whole thing goes to hell,’ Ballerini sings at one point, whilst ‘If You Go Down (I’m Goin Down Too) not only has a fiddle but some awesome banjo work on it too! A simple song about friendship and loyalty, ‘If You Go Down….’ sees Ballerini channeling the Dixie Chicks (as they were back then) and those empowered women of the 90s in true blue Country glory but it is on ‘You’re Drunk, Go Home’ the collaboration with Carly Pearce and Kelly Clarkson that we achieve ‘Peak Country’ on ‘Subject to Change’. An obvious contender for ‘Event of the Year’ in the 2023 CMA awards, ‘You’re Drunk, Go Home’ channels a song like Shania Twain’s ‘Any Man of Mine’ as all three (divorced or divorcing) artists let rip on this funky, caustic diss-song about men and their drunken, boorish behaviours.

Elsewhere on ‘Subject to Change’ you’ll find honest, skilful Country music on tracks like ‘Love is a Cowboy’, a slick mid-tempo metaphor song with Western plains overtones and ‘Walk in the Park’, which is the impish sister song to the title track, echoing the embedded sentiments of Ballerini’s desire for change, evolution and growth. ‘Loving me is no easy breeze,’ she sings, unapologetically (no pun intended) at one point on this quiet song with a sing-song chorus.

Those bright lights of L.A. and the Pop-leaning edge that fans have heard on Ballerini’s most recent albums can still be found on ‘Subject to Change’ too. ‘I Guess They Call it Fallin’ is a very atmospheric, modern sounding song with very busy production values and a snappy cadence to the lyrics. ‘Weather’, meanwhile, with it’s ‘How did we go from summer to cold as ice?’ question sees Ballerini veering into 80s style Pop on a song that could have been on Madonna’s ‘Like a Virgin’ album or an early Whitney Houston record. ‘Heartfirst’ also has those 80s vibes mixed with a little classic Taylor Swift. It is a lovely mix of both sides of Kelsea Ballerini, the Country and the Pop worlds meet here on this classy, simple yet evocative track.

For fans looking for a clue as to the reasons behind the breakdown of Ballerini’s marriage to Morgan Evans, you won’t find lots of obvious signposts on ‘Subject to Change’ beyond the glaring in-your-face signpost of the album’s title! However ‘Doin My Best’ might well be the most honest and raw track on offer. A modern sounding track reminiscent of those on the ‘kelsea’ album, ‘Doin My Best’ sees Ballerini referencing getting married young, the pandemic, getting her ass kicked on Twitter and the duet with Halsey which sees her say, ‘I was friends with a Pop star, I put ’em on track four but I wish I could take it back, I would never have asked if I knew we would never talk anymore.’ It’s an honest, open song about growing up in the public spotlight, making mistakes and rolling up your sleeves to endure and persevere. Album closer, ‘What I Have’ inhabits that same world. A simple, acoustic song that references ‘the pony show’ (not for the first time on ‘Subject to Change’), it seems to hint towards Ballerini’s need to simplify her life as she sings about the things that mean the most to her. Jeep. Dog. Dream job. Another simple, yet artfully crafted, impactful song to close down this era of her recording career.

Special mention must be given to ‘Marilyn’. One of the three songs, alongside ‘Doin My Best’ and ‘What I Have’ that close down ‘Subject to Change’. ‘Marilyn’ is an atmospheric ballad with keys and piano at the forefront in which Ballerini delves into the life of Marilyn Monroe in a way that draws parallels with her own existence. The duality that Marilyn Monroe had with Norma Jean Baker and the compromises she made for fame are explored here as Ballerini asks ‘Was it worth it to seem so perfect?’ It’s a gentle yet urgent song about identity and about trying to hold on to who you are in the face of public expectations, as are many of the tracks on this interesting and evocative album.

‘Subject to Change’ is a fascinating album. On the one hand it is a raw, open and honest look at a woman growing up in the public eye. It explores identity, growth and evolution in a thoughtful and insightful way but it is also damn good fun at times too. This is Kelsea Ballerini! This is what she is telling us across the songs on offer here. There’s an unpredictable duality to her that some people just can’t handle but it shouldn’t be up to her to change just to fit our expectations, it should be up to us to broaden our horizons to match hers, because hers stretch all the way from Nashville to the West Coast and beyond! This is an album that is only going to get better the more you listen to it as you unpack all the melodies, harmonies and messages contained within it. ‘Subject to Change’ is simple and fun on the surface but there are some raging waters buried deep beneath. Let’s hope you’ve got the strength to swim the journey alongside her.

In this article:Featured, Kelsea Ballerini