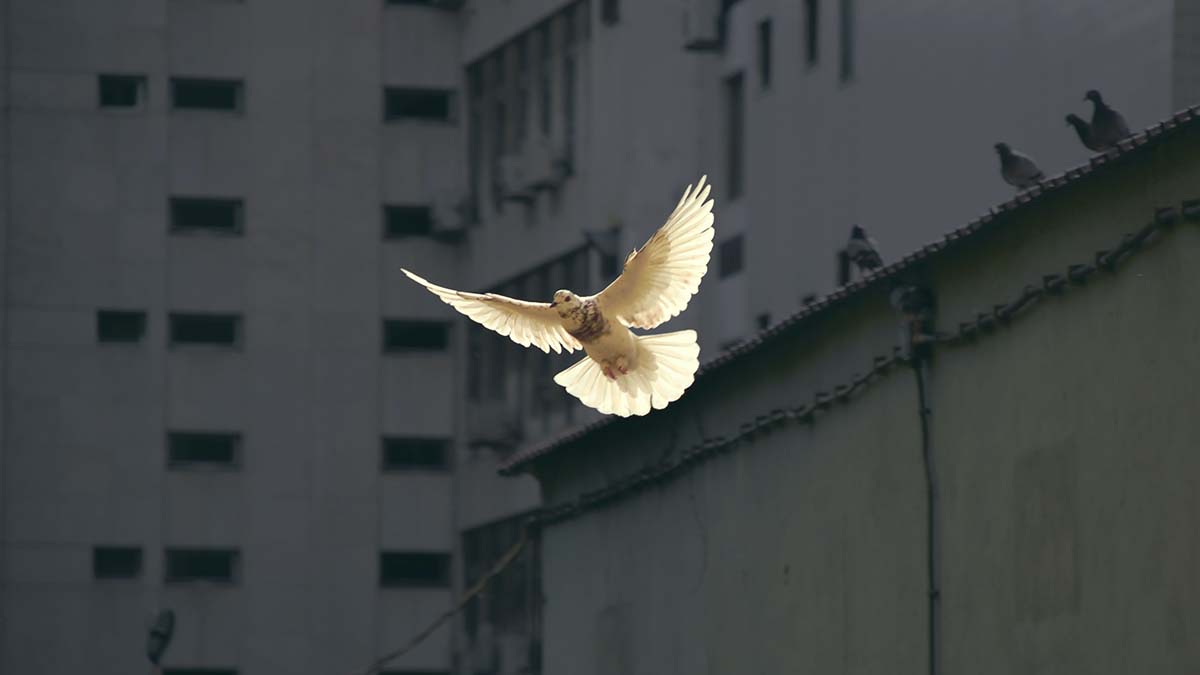 We live in a time in which conflict exists on every level. It is in the family, the state, and society, between brother and sister, men and women, and citizens and politicians. It is even within our own hearts.

Because of these forces, the world is entering a new phase. Everyone can feel it. Things aren’t the way they used to be. The candor and demeanor of the average person are changing, and not for the better.

In times like these, artists shine. With the Goldilocks era that started in the early 1990s coming to an end, we’re going to see human creativity at its best, even as its spirit crumbles. Films will become deeper and darker.

In light of these changing times, it is often wise to go back through history and see how people of the past dealt with these issues through film. Fortunately, we now have a rich heritage going back more than a century that we can tap into. Films covering themes of peace stretch back as long as cinema itself.

These films are striking in how they tell of the human desire for peace even in the context of war. When violence seems like the easy path, peace seems impossible.

What’s more, these films give us hope. They show us that there are people out there who really can save the world and reduce conflict.

Officially released in 1993 nearly five decades after the end of WWII in Europe, ‘Schindler’s List’ covers the story of a heroic businessman who tried to save as many people as possible from the Nazi extermination camps. The film covers the extreme risks he took to defy German leadership and the cultural imperatives of the time, and the clever ways in which he did it.

What’s so remarkable about ‘Schindler’s List’ is the way the story plays out. Schindler wasn’t a saint by any stretch of the imagination. But he did make a decision, and that was to pursue peace at all costs, including those of his own life.

‘Gandhi’ follows the story of the Indian occupation by the British Raj prior to independence. The film encapsulates the enlightened character of the man, his quest for peace, and his mindset, in a way that is clear for western audiences. It explains how a single person was able to live so intensely that he was able to change the course of an entire nation.

What’s interesting about ‘Gandhi’ is how the film is full of conflict, but peace is of the highest value. It shows that it can be as powerful a weapon as war, if not more so.

‘The Messenger’ is a film about two army officers who have the dreadful job of telling families about the death of soldiers in the field. The film follows the pair as they inform loved ones of the terrible news.

The movie’s standout feature is the individual performances of the actors involved. It is a very human tale, deeply rooted in American military culture. It shows you the real cost of war, the parts that most people never get to see. And it reveals some of the complexities of human relationships. Soldiers’ lives aren’t always as straightforward as they seem.

‘Billy Elliot’ isn’t about peace in the usual way. But it is definitely about resolving conflicts both within and between families.

For British people watching the film, the cultural context couldn’t be more striking. Elliot is a young Geordie (an accent in the Newcastle-upon-Tyne area) from a working-class family. The people around him are ultra-traditional, believing in conventional male and female roles.

The film begins by following Elliot’s life at school. He tries to fit in with regular men’s activities but fails, getting knocked out in the ring during a boxing match.

At that moment, he sees his true calling: ballet. The film then proceeds to reveal Elliot’s incredible talents in the dancing arena.

Most pundits see the movie as one about gender roles. But, at root, it has more to do with peace. ‘Billy Elliot’ proves that you can leave aggression and competition behind and just celebrate the movement of being alive. There’s no need for constant struggle and fighting. When people accept what others do in their hearts, all’s right with the world.

‘The Whistleblower’ is set in Bosnia after the war that engulfed the country during the mid-1990s. The film follows the story of a UN peacekeeper called Kathryn Bolkovac. At the start of the film, she believes that she will have a simple role just to keep the peace in the country. However, when she arrives, she unearths a human trafficking ring which she is determined to stop and expose.

The film follows her heroic journey as she risks her life for the people she meets. Her goal is to protect innocent victims and blow the cover of the ring leaders trying to sell people into slavery. The real standout of the film is the masterful acting. It draws you in and makes you believe that the events that are transpiring are real. In that sense, it is similar to The Last King of Scotland.

One Peace At A Time

The world is a terrible mess right now, but does it always have to be that way? Well, it depends on who you ask.

‘One Peace at a Time’ follows the story of the activist John Pipkin as he tours the world to see whether there are any solutions to the issues children face globally. The film producer cleverly explores the difficulties and challenges that most of humanity faces just to survive, visiting orphanages, water projects, and family planning clinics across the world.

What’s nice about the film is that it doesn’t just highlight problems (of which there are many). It also explores solutions in a compelling and practical way. By the end of the film, you have a distinct impression that solving many children’s issues is indeed possible.