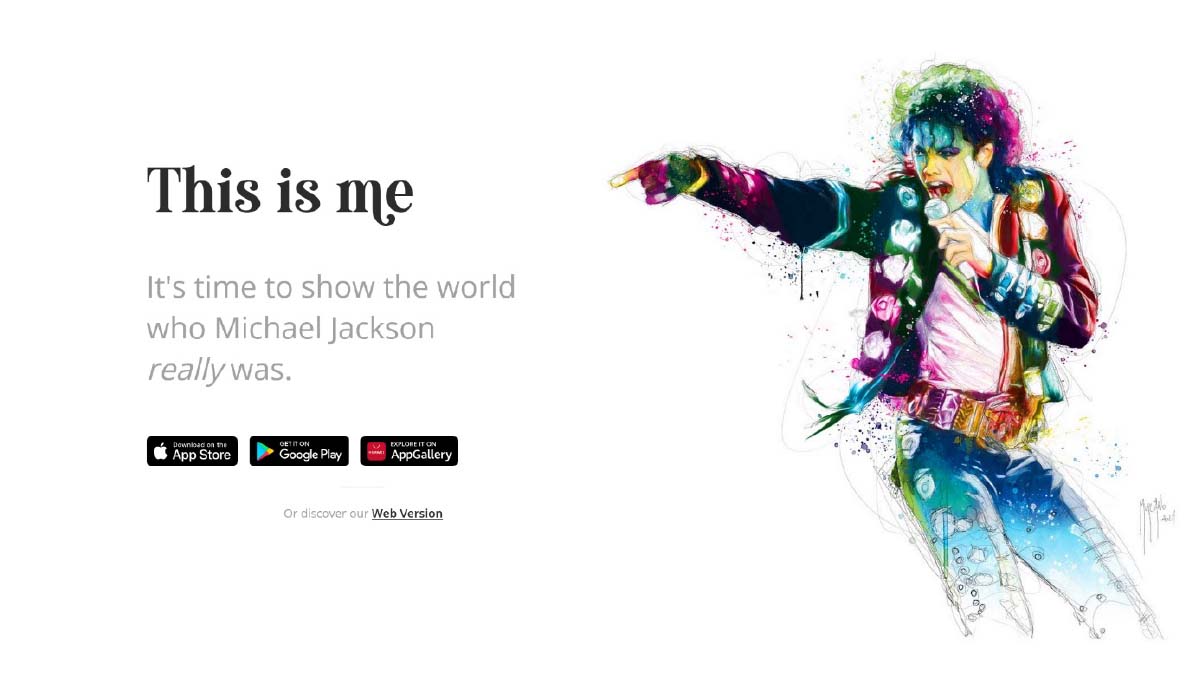 When one thinks of Michael Jackson and what his record-breaking achievements could have been, it would be easy to assume that those solely relate to such things as the sale of albums or number of singles in the Top 40.

However, there was, and still is, a lot more to Michael Jackson’s career and his successes than meets the eye.

Myidol.com, a digital monument to Michael Jackson, is dedicated to giving fans of the King of Pop access to previously unreleased material of and about their idol in an innovative new format.

Available as an app for your smartphone and as a web version to watch the content on the big screen. For only $20 you will have a Premium subscription to the world’s ultimate entertainment platform.

Enjoy previously unpublished pieces of Michael’s work, including poetry and artwork, as well as learning more about Michael’s personal history, career, and family. Not only that, but the app contains some interactive features where it also allows fans to submit their artwork and a handpicked number of items will then be published on the app, for other fans to appreciate.

The proceeds are going straight to the MyIdol Foundation – a foundation for education and inspiration. Millions of children around the world are receiving help and an opportunity to create a better life for themselves and their families. The legacy of Michael Jackson will continue through the selfless actions of the MyIdol Foundation.

The Story – Most Detailed Documentary Ever

“The Story” doesn’t promise too much. True to detail, highly exciting and visually spectacular. By far the best there has ever been, and new material is constantly being added. The storytelling is engaging and you can’t wait to see the next story.

Described as “a unique and incredible piece of art with an emotional story behind it.” It’s an unreleased recording by Michael Jackson and one of the most personal as well. This category will be built up with exciting origin stories and background information until this absolutely phenomenal masterpiece is published at the right time.

The first video promises to portray Michael as a businessman and to explain his career in detail. From famous companies like Marvel, which he wanted to buy, to Disney, with whom he has often worked, to his incredible humanitarian achievements.

Without a doubt, Michael Jackson was the greatest artist of all time, and something would be missing if his music wasn’t included. The “This is me” app promises in-depth stories and analysis that will teach even the biggest fan something new.

Fans get the opportunity to be a part of Michaels digital monument by submitting their artwork. As many as possible will be published inside the app and will live on for eternity.