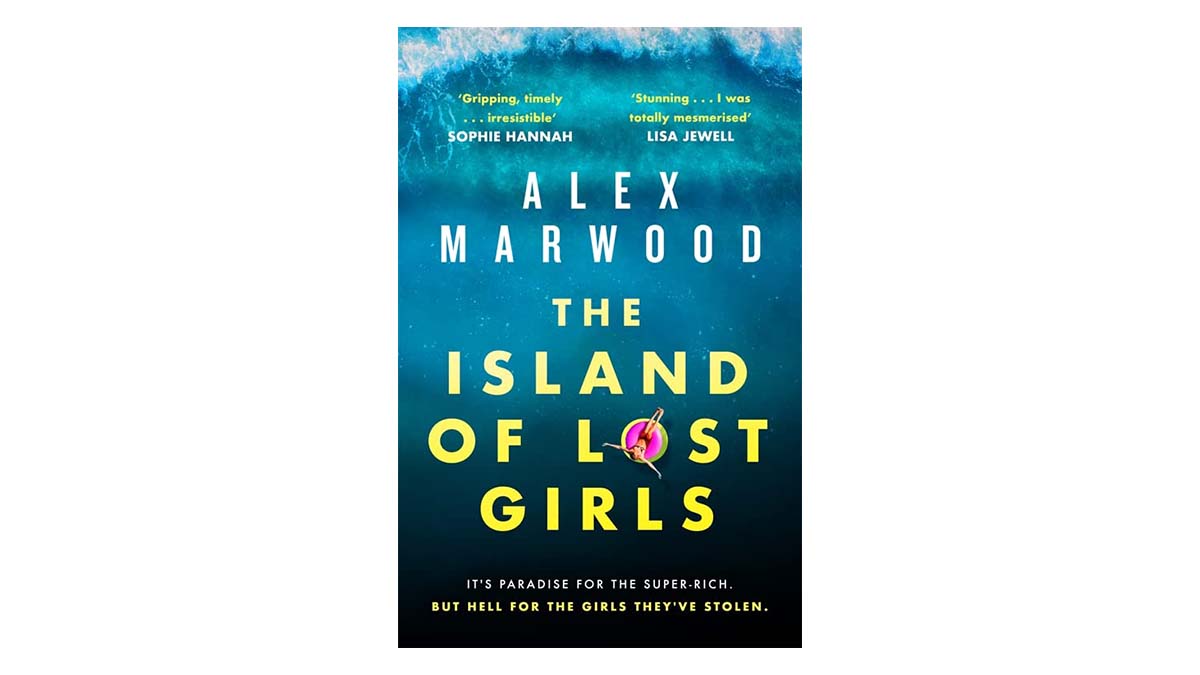 Are you looking for a psychological thriller to tear your summer apart? You need to read ‘The Island Of Lost Girls’ by Alex Marwood – a pseudonym of a British journalist; heaven knows where this book research led the author, especially written during a lockdown.

Set across two time periods – 1985 and 2016 – and multiple viewpoints, at times the novel’s structure offers a fracturing that mirrors the experiences of the central characters, at least until I found the rhythm of the relationship between 1985’s twelve year old island narrator Mercedes and 2016’s UK Mum, Robin, looking for her seventeen-year-old daughter, Gemma.

The fictional story, set on an apparent paradise island, La Kastellana, in the Mediterranean Sea (which residents describe as, ‘the new Capri’, based on the marketing slogan the patriarchy dreamt up) reflects recent events concerning royalty, multimillionaires, that Maxwell father-daughter relationship and sex trafficking.

Yes, this novel is a chilling thriller, gripping, scary, complex and tense, to paraphrase the litany of authors praising Alex Marwood in the press release. It’s also an absorbing page-turner I didn’t want to put down, especially when we start to hear from Gemma and the plot nudges Robin towards the centrifugal force of her daughter and the lifestyle she’s caught up in. I, too, wanted to throttle her well-meaning but completely naïve, friends. The Thirteen-year-old friend, Tatiana, incites sympathy at first, until her power takes its hold over ‘Mercy’ and the teen’s Daddy issues become clearer.

Throughout the book, between 1985 and 2016, aside from the terrifying central storyline, there is a key theme of abuse that the women suffer at the hands of fathers and neighbours, passed down through the generations on the island, of which a Duke is the main figure. Everyone knows what’s going on, but nobody intervenes to help. This was probably the plotline I struggled with the most, probably because of its truth. Who will step in and reveal the darkness?

For the first seventy or so pages I was so confused by the different viewpoints I just had to put my faith in the author and follow where she led. This disjointed reading did settle down, as the two timelines converged. The topic matter is alluded to, but not explicit – this is a work of fiction, not a tell-all biography, after all. There is also hope offered in the novel to Mercedes and Robin, from two men, which is essential to the plot and for reading.

As the novel charges towards the apex of events, the tension heightens as the outcomes for Mercedes and Robin send readers teetering on a knife-edge. The final few pages of The Island Of Lost Girls absolutely tore through me; I’ve never wanted to change the outcome of an epilogue so much.

If you’re the kind of reader who loves dark stories, where the hearts are barely beating, then you’ll love the slow burn chill in ‘The Island Of Lost Girls’, whose web of a plot draws you in until you can’t imagine an escape.

In this article:Alex Marwood, The Island of Lost Girls