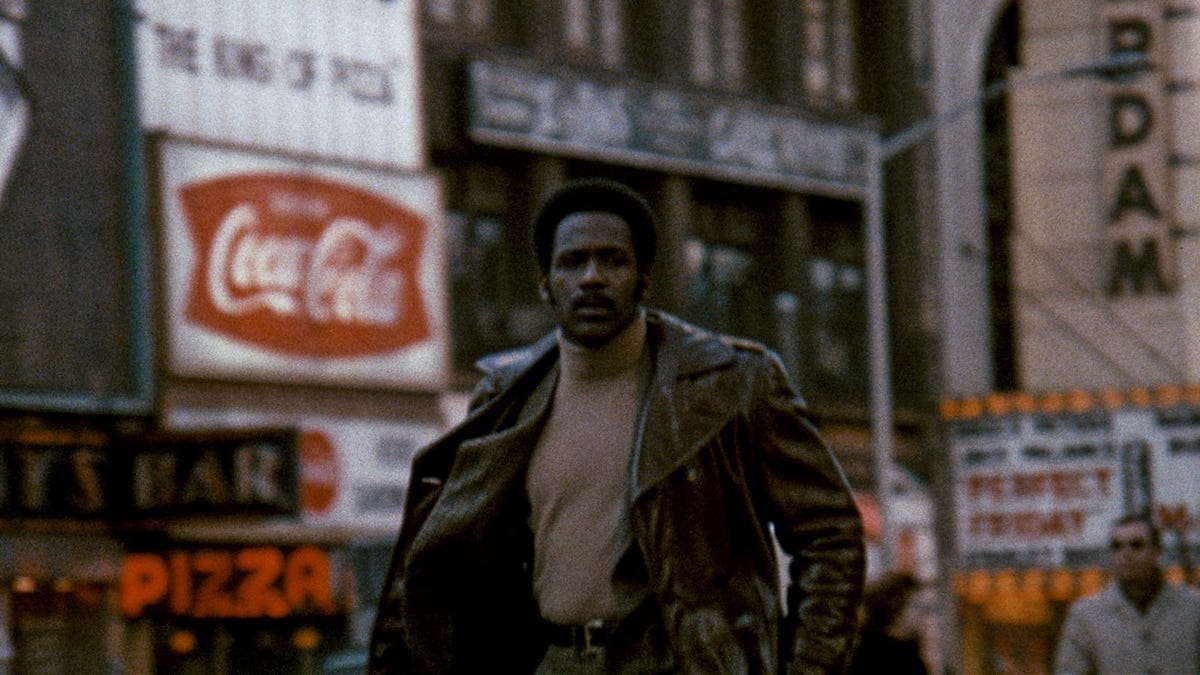 Similar to the ‘Double Indemnity’ release from a few weeks ago, Criterion are once again treating us to a bumper 2-disc special edition, albeit for a fairly hefty price tag. This gorgeous release of the iconic blaxploitation crime thriller ‘Shaft’ might be expensive but once you factor in the stunning artwork, glorious 4K restoration, and incredible selection of special features, the burn in your wallet won’t sting quite as much.

Based on the novel by Ernest Tidyman, and directed by Gordon Parks, ‘Shaft’ follows private detective John Shaft (Richard Roundtree) as he gets caught up in a kidnapping case involving Harlem gangsters, the mob, a black militant group, and the police. Somehow in the middle of all this he still finds time to be a sex machine to all the chicks.

From the moment Richard Roundtree struts on screen, soundtracked by Isaac Hayes’s majestic funk theme song, a new icon of cinema was born. A private detective in the same mould as Sam Spade or Philip Marlowe, playing by his own rules, beholden to no person or institution. Doesn’t matter if it’s the cops or the mafia, John Shaft takes no shit from anyone. When the crime boss who hires him sends two goons to corral him, he throws one of them out a window, all the while looking immaculately cool in his tan turtle-neck sweater.

The action scenes however are the weakest part of the film, but Gordon Parks more than makes up for this with his evocative photography of New York City. Those real 1970s locations capture what a completely different world that was to the city we see today, and the new 4K restoration looks absolutely incredible. There are a few frames throughout which were evidently unable to be restored, but they serve to show just how well the rest of it has been cleaned up.

Peppered with great dialogue, the gritty nostalgia of a bygone NYC, one of the most recognisable scores in film history, and a star-making turn from Richard Roundtree, ‘Shaft’ is an undeniable blast. Sure, it might seem dated to modern eyes, but I think we can all agree that there isn’t a single film which wouldn’t be improved by a funky theme tune telling us all about the main character. You’re damn right.

Now onto the supplementary features, which kick off in style with ‘Revisiting Shaft’ – a brand new documentary exclusive to this release, featuring Rhea L. Combs, Racquel J. Gates, and Shana Redmond discussing the film. This also features excerpts from archival interviews with director Gordon Parks. ‘Soul in Cinema: Filming Shaft on location’ is a terrific little short programme shot on location and in the recording studio during the production of Shaft in 1971. There’s some great footage of Gordon Parks directing Richard Roundtree on set.

There is an interview with Richard Roundtree in London from 2010, and a 1974 episode of French television with Isaac Hayes discussing the creation of his legendary soundtrack for ‘Shaft’. There’s also a brand-new interview with costume designer Joseph G. Aulisi, touching on his collaborations with Gordon Parks, and the origins of John Shaft’s iconic style.

‘The Soul Sound’ is another exclusive programme for this release, which sees music scholar Shana Redmond exploring the soul traditions in Isaac Haye’s score. The first disc is rounded off with a selection of original promo spots and trailers for the film.

Onto disc two, which includes ‘Shaft’s Big Score!’ the sequel from 1972, reuniting Richard Roundtree, Gordon Parks, and writer Ernest Tidyman. ‘Listen to a Stranger: An Interview with Gordon Parks’ is a 20 minute interview made after the production of Shaft’s Big Score! featuring Gordon Parks reflecting on his youth, his career, and the meaning of success.

‘A Complicated Man: The Shaft Legacy’ is a three part series from 2019 directed by Constantine Nasr, and features interviews with Richard Roundtree and Samuel L. Jackson among many others.

‘John Shaft and the Black Detective Tradition’ is another brand new programme exclusive to this Criterion release, featuring scholar Kino Nishikawa and writer Walter Mosley discussing the evolution of black pulp fiction, and how the black detective fits in to the world of the noir detective.

The set finishes up with 10 minutes of behind-the-scenes footage shot on the set of ‘Shaft’s Big Score!’ and the original trailer.