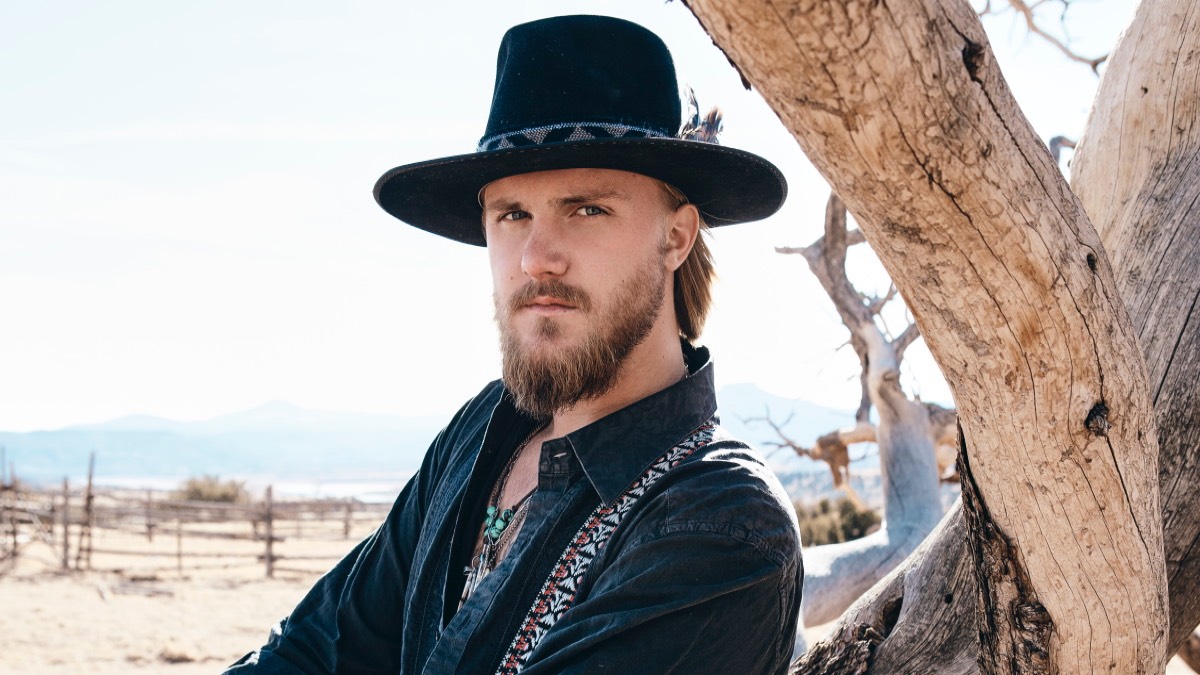 Hailing from Odenton, Maryland, Big Machine recording artist Jackson Dean is having a fantastic year. He released his debut album, ‘Greenbroke’ (produced by Luke Dick) in March, an album that is easily one of the best of the year to date. He made his Opry debut, went out on tour and is now watching the first single from the album, ‘Don’t Come Lookin’ break into the Top 20 with some real intention.

We caught up with him in Nashville at the CMAFest to talk all about it.

Great to speak to you Jackson. ‘Greenbroke’ is one of my favourite albums of the year. We’ve just watched you play the Maui Jim Reverb stage at the Bridgestone Arena – how did you enjoy that?

Thank you man, that means a lot. The set was great, it was hot though!! (laughing) You kind of get thrown into the fire at the festivals but you learn to go with it. It was cool to play with wedges again as we’ve been using in-ears a lot more recently. (Look up the difference right here)

Our bass player had a wedding to get to this weekend, one he couldn’t miss because he was the best man!A buddy of ours who writes with us, Preston, stood in for him and was great!

Could you explain what the term ‘Greenbroke’ means for the folks back home in the UK who don’t necessarily know what it refers to?

That’s what I wanted the record to be about, that concept of never losing your wild side.

The album has an evocative landscape, a narrative that ties all the songs together. The themes of freedom, wanderlust and passion are writ large across it. Did you set out to make that or did it just emerge with the songs that you chose?

I wanted my first record to have a theme and to be about me. I didn’t want to make anyone else’s music. I wanted to make something different to what was already out there and something that represented who I was.

I found Luke Dick and he had a lot of great ideas about the sound, style and music so between the two of us we did have a clear vision of what we wanted to produce. I wanted there to be a lot of emotion and passion on the record.

Where did ‘that’ voice come from? When did you first know that you wanted to be a professional musician?

I didn’t really commit to it till I was about 17 or 18. I started coming to Nashville when I was about 15 and was checking it out and playing around places like Douglas Corner, when it was still there. I was still in school but I had put out a couple of independent records.

There wasn’t really one single milestone it was more a gradual realisation really as each milestone happened.

Who are your musical inspirations. When I listen to ‘Greenbroke’ I’m hearing everything from Trace Adkins to Kip Moore.

I come from a very broad musical background, my family loves music. It’s always been around. We listened to all the usual artists like Hank Jr, David Allan Coe and older Country artists like that. My dad also listened to a lot of Blues music and then bands like the Allman Brothers, The Band and on into stuff like Led Zeppelin and ACDC too.

As I got older I started getting into things like the John Butler Trio and the Black Rebel Motorcycle Club as I went sound hunting for more cool stuff! Kip Moore was very influential to me too, I listen to him a lot and I listen to a lot of Drake White too.

I saw Kip up in Portland the other day, he sat and played my guitar for about half an hour! He’s a good dude.

Recorded? Probably the title track, ‘Greenbroke’. I had to fight for that one in terms of how it came out. I started writing that one in the shack I lived in back home and I knew how I wanted it to sound, it ain’t a radio song! (laughing) I flew my guitar player who wrote the solo down to record it. We often ‘sing down’ solos to him and he can then play them by ear – we tried it on ‘Greenbroke’ and he just went, ‘Shut up’, and whipped out that awesome solo from nowhere!

My favourite to play live is ‘Wings’. That’s such a passionate song to play, especially the way we do it live now where we bring it down for the song but then it now ends with a massive two minute outro!

Let’s talk about the new song we just saw you play at CMAFest called ‘Heavens to Betsy’. That sounds like a radio smash in waiting to me.

I wrote that with Benjy Davis and Driver Williams. It kinda just sat for a minute but I’ve recorded it now and it’s worked its way up into my head now to the point where we were playing it out on the radio tour and programmers started requesting it without me even putting it out.

I love the song. I’ve had men coming up to me after hearing it at shows and be, like, ‘Dude, that hurt!’ I love it so much because it speaks to both fathers and children alike, which is pretty relatable, you know? It seems to resonate with a lot of people so I don’t know what the label are going to do with it right now but I’m excited by it.

Let’s talk current single ‘Don’t Come Lookin’. It’s currently moving up the charts with a bullet. Number 16 this week, destined for the Top 10. Have you been watching its rise or are you a little more chilled about it?

I didn’t want to get into that headspace at all. I love to be updated on where it is and the label are working real hard on promoting it but I’m still not sure how I feel about it because it’s quite overwhelming. I’m very grateful folks are picking up on it and liking the song but this is new to me and I’m still just getting used to it! (laughing)

Is there a pressure that comes with having a hit song in terms of, what do you release after?

A little, I guess, but I’ve got a lot to choose from! I have enough material for about three records right now because I wrote a lot during the pandemic so the problem will be not having the songs, it will be which ones do we choose! (laughing)

I guess the frustration of being on a label might be that you can’t just release music as and when you want like independent artists can do. You have to wait for the label to be ready with the strategy plan and the promo.

It’s fine. I’ve been a sponge the last couple of years in terms of me figuring out what their processes are. The label wants me to succeed. What was hard was sitting doing nothing in quarantine when the world closed down, just as we were gearing up to launch my career. That was frustrating but we are all systems go now, they are going to have a hard time keeping up with me! (laughing)

‘Don’t Come Lookin’ has made its way into Liam Neeson’s ‘The Ice Road’ film and it’s also been featured on the the TV show ‘Yellowstone’. That’s cool. Lainey Wilson has just got a part in ‘Yellowstone’. We need to manifest one for you – you have the sound and the style!

I heard about that, yeah! Great for her. If Kevin Costner wants to shoot me, or they need a new bad guy, I’ll happily make myself available! (laughing) Let’s make it happen!

Can we expect to see you over in the UK at some point? Big Machine are very international facing and most of their artists come over to Europe.

God, I hope so. I cannot wait to come overseas and play, I’ve been wanting to do that my entire life. We’re ready and we’re excited to get the green light!

In this article:Featured, Jackson Dean