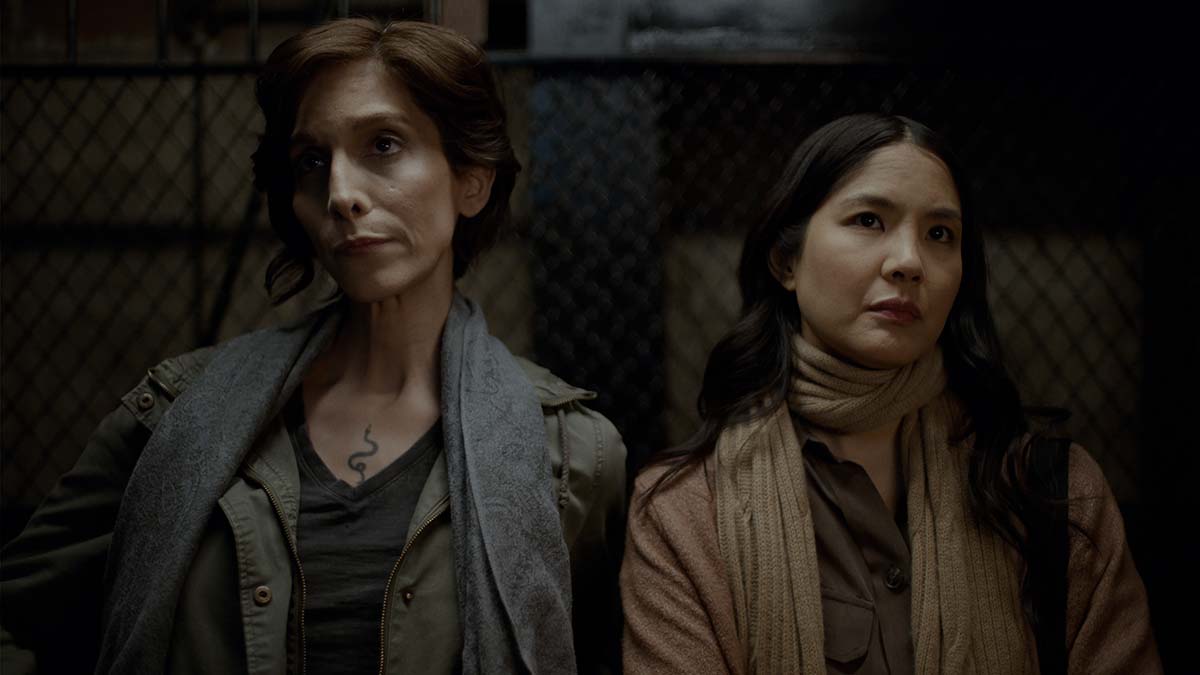 A decade after their abrupt break-up Kris (Pooya Mohseni) and Naomi (Lynn Chen) meet to catch-up and see if they can salvage any of the friendship they once had. Together as a man and woman, Kris was secretly struggling with the feeling that she had been born in the wrong body and after leaving Naomi, she made the decision to transition in order to be her true self. What starts off as a perfectly civil evening between old friends, soon leads to uncomfortable questions, shocking revelations and plenty of dragging up the past.

‘See You Then’ is an emotional engaging drama from director Mari Walker, who co-wrote the screenplay with Kristen Uno, and it explores topics that are rarely depicted in cinema. Essentially a two-hander, the film captures an intense meeting between two women who used to mean more to each other than simply being good friends. Seemingly in a perfect relationship, the two buried their issues and their eventual break-up left plenty of confusion and hurt feelings to last for years. While initially their evening is pleasant, bordering on awkward at times, things begin to turn sour fairly quickly but not necessarily in the ways you might expect.

Noami is understandably hurt by Kris’ decision to break up their relationship and that hurt deepened when she found out her ex-partner had been struggling with her gender identity. Completely unaware of the struggle that Kris was going through, Naomi chooses to focus on the pain the breakup caused her and the way things ended between them. It’s easy to sympathise with Naomi but the film makes a good case for siding with Kris as it explores the complex issues that come with transitioning and trying to live an authentic life. Kris confides to Naomi of the failed relationship she entered after becoming a woman, and discusses the difficulties of dating as a trans-woman. She also reflects on the fact that she can never naturally conceive and give birth to a child, a revelation that Naomi isn’t expecting and most certainly isn’t equipped to deal with.

As the night goes on, old wounds begin to fester but it’s not just Kris that has explaining to do. There’s a pretty jaw-dropping revelation from Naomi too, which I won’t detail here so as not to spoil anything. Walker and Uno’s screenplay really delves into the complex nature of the dynamic between Kris and Naomi, as well as highlighting the struggles that trans people face just trying to live their lives. It also really shows just how little people understand the turmoil and torment that trans people go through in order to feel like themselves. Naomi makes plenty of judgements about Kris and when her own glass house comes tumbling down, you can only hope she’s learned some very valuable life lessons.

Pooya Mohseni and Lynn Chen have plenty of weight on their shoulders when it comes to pulling off the script and both rise to the challenge. I believed that they were a couple with a deeply complicated history, and I empathised with both of their struggles. The actors can go from warm affection to anger and rage within a single scene, and they convince every step of the way.

‘See You Then’ is a refreshing piece of cinema that really spends time unpicking a complex issue that is very much a hot topic in society right now. The film succeeds in painting the complicated and difficult decision to transition, and the impact that has not only directly on the person doing it but those around them. With two strong central performances, the film hits all the right marks and it’s thought-provoking in the best way.

In this article:Breaking Glass Pictures, See You Then