For me personally, I only became aware of Jessica Willis Fisher a couple of months ago, when the first pre-release tune from this debut album popped out. ‘Fire Song’ grabbed me right away and tweaked my interest in what else this talented performer may have to offer. I admit now that I was a bit slow, as Jessica had previously performed with The Willis Clan, who were known especially in the States for appearing on TLC (The Willis Family show) and also America’s Got Talent. This ended when her father was arrested and jailed for sexual abuse and consequently, Jessica took time out to adjust and take stock of where she wanted to go next. Six years later and after a whole ton of soul searching and therapy, she feels she has come out stronger and is ready to take on the world with this ten track record.

The press blurb for this release describe her style as Americana but there is a whole range of sounds as we progress across the playlist. I will come to this as we take a trip across a selection of the songs. Jessica is a superb fiddle player and I am a right sucker for this instrument!

The album as a whole is perfectly titled, as the songs tell various stories about her outlook on life. Overall, this is literally a brand new start. A time to look forward with optimism while also reflecting on the things that brought her to this point. The title track is a great way to start the album, easily one of the best songs here. Although Jessica came up with the album title several years ago, this was actually the final song written for this release. Starting in a subtle manner, things gather momentum as it goes along and the chorus is a proper earworm, full of positivity. Little hints of banjo and Hammond organ creep in at the right moments.

Up next is the aforementioned ‘Fire Song’, which has a tougher sound as it progresses, the first real sign of the fiddle. Co-written with Jon Randall, the origins of this one go way back, when the family home burned to the ground when she was a kid. Later, she had nightmares of being stuck in a burning house, while her life was going through turmoil. This song is about a final warning, that chance to start again.
One thing that really struck me right across the album, is how wonderfully melodic it is. I am not always good at comparing vocal styles but I feel Jessica could be put in the same ball park as someone like Hailey Whitters, for a current reference. A very nice twang to her voice is apparent. ‘Hopelessly, Madly’ is an obvious example of melody, in a gorgeous love song, dedicated to her husband, Sean. The track also writes about how being in love also means you have to open up and be vulnerable too.

One of the most emotional lyrics comes in ‘My History’ a much stripped back four minutes, mainly accompanied by an acoustic guitar, with subtle use of strings and a distant pedal steel. This is about using the pain of the past to move on in a positive way; “I am a survivor and you will be my history”, Jessica sings beautifully.
Just to highlight a couple more tracks if I can. On at least a couple of the songs on the album, I was definitely reminded of The Corrs [ who I used to absolutely love ]. With ‘River Runaway’, even the title has a hint of a Corrs classic and the opening harmony and fiddle took me there right away. It was actually written backstage while on tour in Ireland and that influence is loud and proud on this, another highlight for me. This is broadly about taking a new challenge head on even if you are not sure where it will lead you. Fantastic stuff!

I think if I was pushed to name just one song as my favourite, it would be ‘Gone’. Just an outstanding tune, with a simple but effective video to accompany it too. Yet more Corrs style fiddle and a bit of a tin whistle, I really could listen to Jessica play this thing all day long! The song was written after an incident where she was told she wasn’t good enough, as an artist or a person. Although Jessica didn’t stand up for herself at that time, this was the result of a later, more defiant attitude. It is an anthem of victory!

Jessica wrote eight of the ten songs on her own, which shows the talent we have here. Produced by Ben Fowler, ‘Brand New Day’ is an album that really deserves to be highlighted and heard far and wide. Inspired by the likes of Alison Krauss & Union Station, Nickel Creek and Dolly, among others, it is a fabulous melting pot of Celtic influenced Americana and more. I mentioned Hailey Whitters earlier and I do believe anyone who is enjoying her current album, will certainly find loads to enjoy with this one. For sure, this is a collection I will be returning to time and again. Very glad to have found Jessica Willis Fisher! 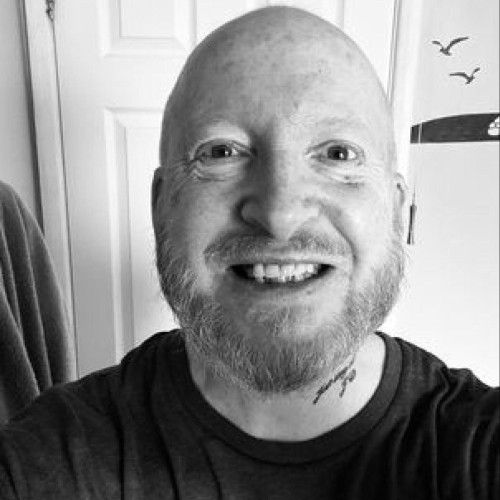