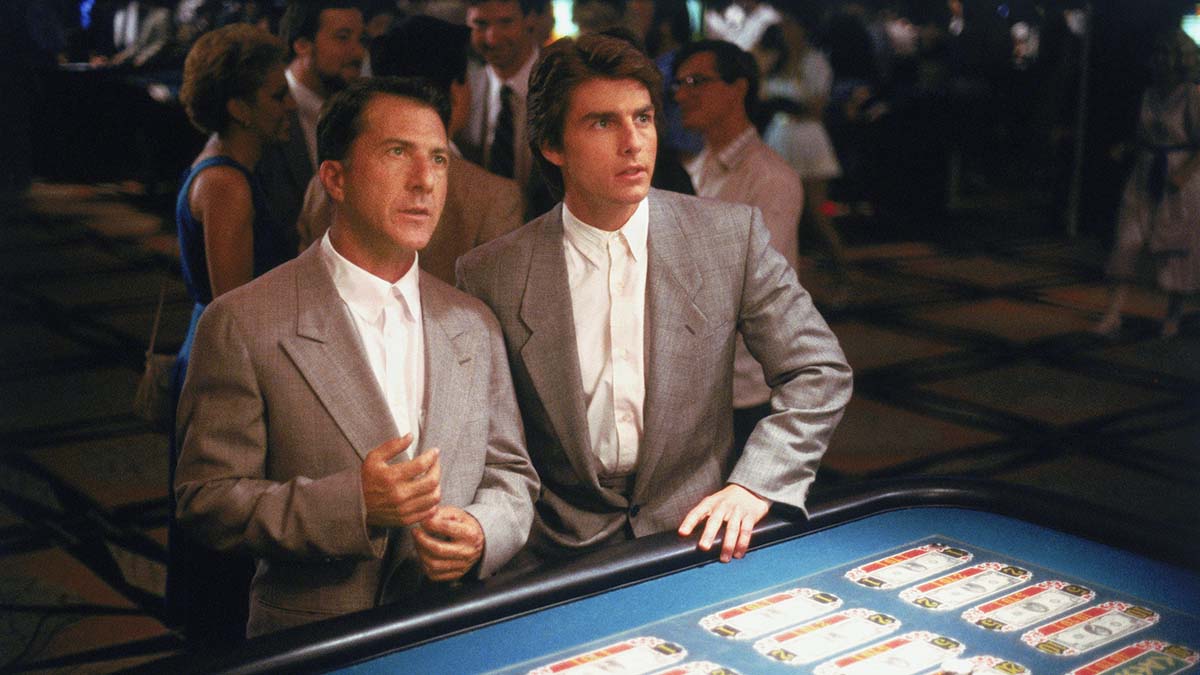 The key ingredients to a good movie are actors, directors, writers and cinematographers all working in perfect harmony to tell an engaging, entertaining and exhilarating story that will fully immerse viewers.

To do that they need a story that will grip viewers which is why many directors choose gambling as a plot device. For drama, intrigue and action there really is nothing like a high-stakes game of poker or a risky roulette bet.

In this article we look at 3 of the most famous examples of table games on The Silver Screen. Read on to find out what they are and if we’ve missed out your favourite movie gambling scene, let us know in the comments section below.

If you haven’t sat down to watch ‘Guys and Dolls’, that scene reference underneath the title above may seem somewhat rude… Rest assured though, there’s nothing rude about this 1955 classic that begins with lead character Nathan Detroit, played by Frank Sinatra attempting to arrange an unlicensed craps game.

The classic table game remains a key part in the film throughout, culminating in a tense scene toward the end of the film where Nathan plays a high-stakes game of craps in a sewer. Immediately after, Sky Masterson, played by Marlon Brando enters the fray and offers those gathered to watch a crazy bet.

He will roll the dice and if he wins, everyone gathered there has to go to the Mission prayer, if he loses he has to give them all $1,000 – a huge sum in 1955. Inevitably he wins, but not before he serenades everyone with a rendition of ‘Luck Be a Lady’!

(Marlon Brando bursts into song before his big bet in the sewers!)

This 1998 film directed by Barry Levinson was nominated for 8 Academy Awards, winning 4 for Best Picture, Best Director, Best Actor (Dustin Hoffman) and Best Original Screenplay. In it, Tom Cruise plays Charles Babbitt a playboy who is looking to cash in on the death of his estranged Father by cashing in on his will.

To his dismay Charlie finds that his Father has left him a group of rosebushes and a car, over which the pair had previously clashed. The remainder of the $3 million estate, Charlie finds, has been donated to a local mental intuition which is where his Brother, Raymond, who he was unaware of is living.

Raymond, who is autistic and has savant syndrome embarks on a road trip with Charlie. Along the way Charlie discovers that his older brother has an amazing ability to perform complex calculations, something which Charlie thinks he can find a use for…

In a bid to recoup some of the money ‘lost’ from his Father’s estate, Charlie takes Raymond to Las Vegas where he utilises his brothers extraordinary mathematics skills to win $250,000 on blackjack by counting cards.

The film, which at times has a sour undertone finishes on a high with Charlie and Raymond bonding and the former promising to visit his brother again in two weeks.

No other film franchise has been as synonymous with gambling as the 007 Spy movies featuring everyone’s favourite British secret Agent – Bond, James Bond. The charismatic spy’s favourite table game is purportedly baccarat, although he is most often seen playing poker.

In this 1971 release featuring Sean Connery as the lead, Bond instead plays roulette at the Whyte House philanthropist mansion. As you would expect, 007 is a dab-hand at roulette and excels at the table games before going on to save the world and get the girl.

What makes this film stand out though is that it inspired a roulette betting strategy known as ‘The James Bond System’. In it 20 bets are placed on all numbers except 1-12 with the thinking being that the bettor can win big when an individual number comes up and win consistently when the last two thirds of numbers come up.

In reality though The James Bond System is a statistically losing bet that on average, would see a gambler losing the equivalent of their original stake every 37 spins. Which just goes to show that the gambling ‘skill’ on show in the James Bond movies is most likely down to luck than talent.