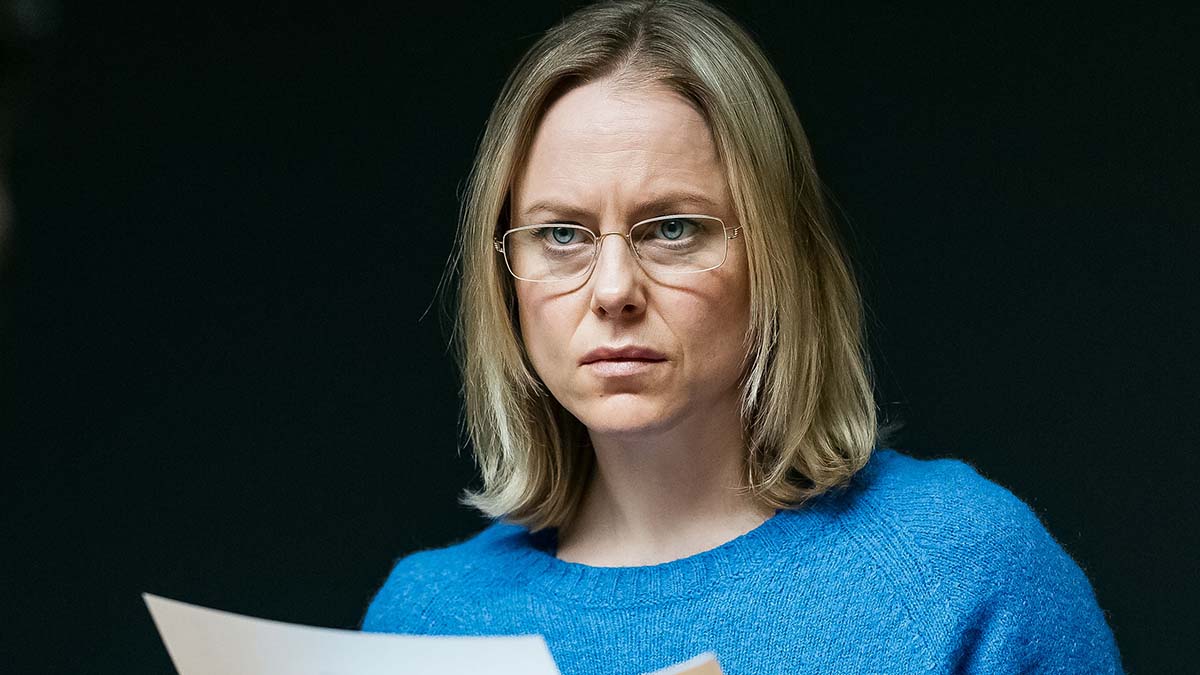 You may recognise the leading actor in this Norwegian drama from her roles in such Hollywood blockbusters as ‘Hercules’ (the 2014 film with Dwayne Johnson and Ian McShane), ‘Hansel & Gretel: Witch Hunters’ (alongside Jeremy Renner, Famke Janssen and Gemma Arterton) and her role as Armistice in the dystopian TV series ‘Westworld’. Her name is Ingrid Bolsø Berdal and in Witch Hunt (Heksejakt, to give it its original Norwegian title) she plays Ida Waage, the Chief Financial Officer at a high-powered Norwegian law firm, Biermann and Gude.

When Ida is asked to sign-off an invoice from a Dutch consulting firm she’s never heard of, she is hesitant to do so without the necessary documentation from Jan Gunnar, the company’s lead lawyer and advisor to their biggest client, billionaire Peer Eggen. But Jan’s hostile and glib attitude piques Ida’s curiosity; and when she starts digging into the elusive consultancy firm, she opens a can of very illegal worms. She soon realises that Jan (and the firm) is involved in some highly unlawful money laundering, but it isn’t long before the bigwigs at B&G turn against her, and she finds herself cast aside.

The majority of Scandinavian thrillers lately have taken place in rural locations, taking full advantage of glorious Nordic forests and countryside. This, by contrast, is all sharp Armani suits and neon city lights as we witness the sordid lives of overpaid and over-worked lawyers as they scratch and claw at each other mercilessly. Ida – a married woman with a grown-up son who also works for the same firm – is the antithesis to the male-dominated, arrogant norm. She’s a stickler for the rules, but she’s also fair-minded and compassionate.

Written by the all-female team of Anna Bache-Wiig and Siv Rajendram Eliassen (they also combined for the excellent 2015 series, ‘Acquitted’), this looks set to be a chic and absorbing series. The script is fast-paced and well-written, it looks fabulous on-screen; and Bolsø Berdal is quite superb as Ida – she won Best Actress at Norway’s Golden Screen awards for the role.

Having seen only the opening episode (there are eight in total), it’s too early to tell if this promising start will remain in the longer term, but initial impressions are highly satisfying and encouraging. Fingers crossed that continues.

If you enjoy glossy and slick legal dramas, this will be right up your street. Very promising.

Walter Presents: ‘Witch Hunt’ will launch with the first episode on Channel 4 on 15th November at midnight. Entire series available on Walter Presents via All 4 from Friday 12th November.

In this article:Walter Presents, Witch Hunt