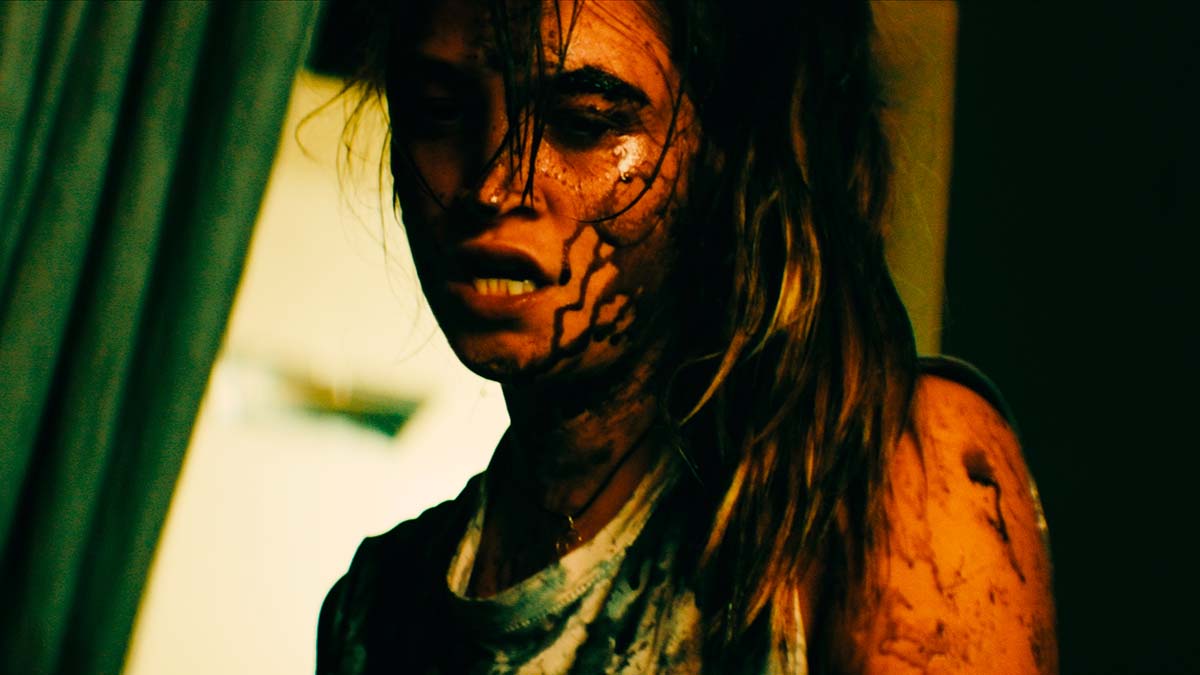 Heather (Sophie Vavasseur) invites her friends Deidre (Lucy Martin) and Charlotte (Chelsea Edge) to spend time at a house her family owns in the Mojave Desert. As the drinks start to flow and the women enjoy the sunshine, their weekend is interrupted by the arrival of a strange creature that drops into the swimming pool. Leaving it outside the house, the creature begins to cry and Charlotte, feeling sympathy for it, decides to bring it into the house overnight. Once inside the house, the women can’t get the creature out and their girls’ weekend turns into a nightmare.

‘The Seed’ is from first time feature film writer and director Sam Walker, and it has its sights set on being a trippy, campy creature feature that mixes horror, fantasy and science-fiction. The film starts off strong as we meet the three central women and understand the dynamic between them. Deidre is the leader of the pack while Heather and Charlotte follow their friend blindly, eager to stay on her good side. Things build nicely until the creature lands in the pool and there’s a bit of intrigue that plays out as the women, and the audience, tries to figure out exactly what it is.

It’s a real shame that the surreal aspect takes over the entire film because until that point I was genuinely intrigued. I’m happy to go along with anything, as long as it follows its own rules and boundaries but ‘The Seed’ has no clear idea of what kind of film it wants to be. I couldn’t help but feel that it sacrificed a coherent plot for cheap shocks and gratuitous special effects. Any mystery around the creature is completely ignored and if an explanation to what the hell is going on is what you’re after, you’ll be disappointed to learn that you won’t be any the wiser once the credits roll.

It’s interesting to note that all three actors are not actually American but they are all pretty convincing. There are moments where their natural accents slip out but for the most part, they do a good job. Lucy Martin is the standout as the feisty and reckless Deidre, and she has fun spitting out her lines and acting like the Queen Bee who dictates down to her friends. Chelsea Edge and Sophie Vavasseur put in solid performances too, but none of the characters gets much in the way of character development sadly.

‘The Seed’ starts well but it quickly unravels into a non-sensical headache-inducing mess. The campy vibe of the first half is replaced by batshit crazy in the second half, and very little of it makes sense by the end. Visually it’s certainly a feast for the eyes but it’s a bit like junk food, it feels good at the time but by the end of it you’re left with regret and feeling a bit sick. That’s exactly how my experience felt with ‘The Seed’.