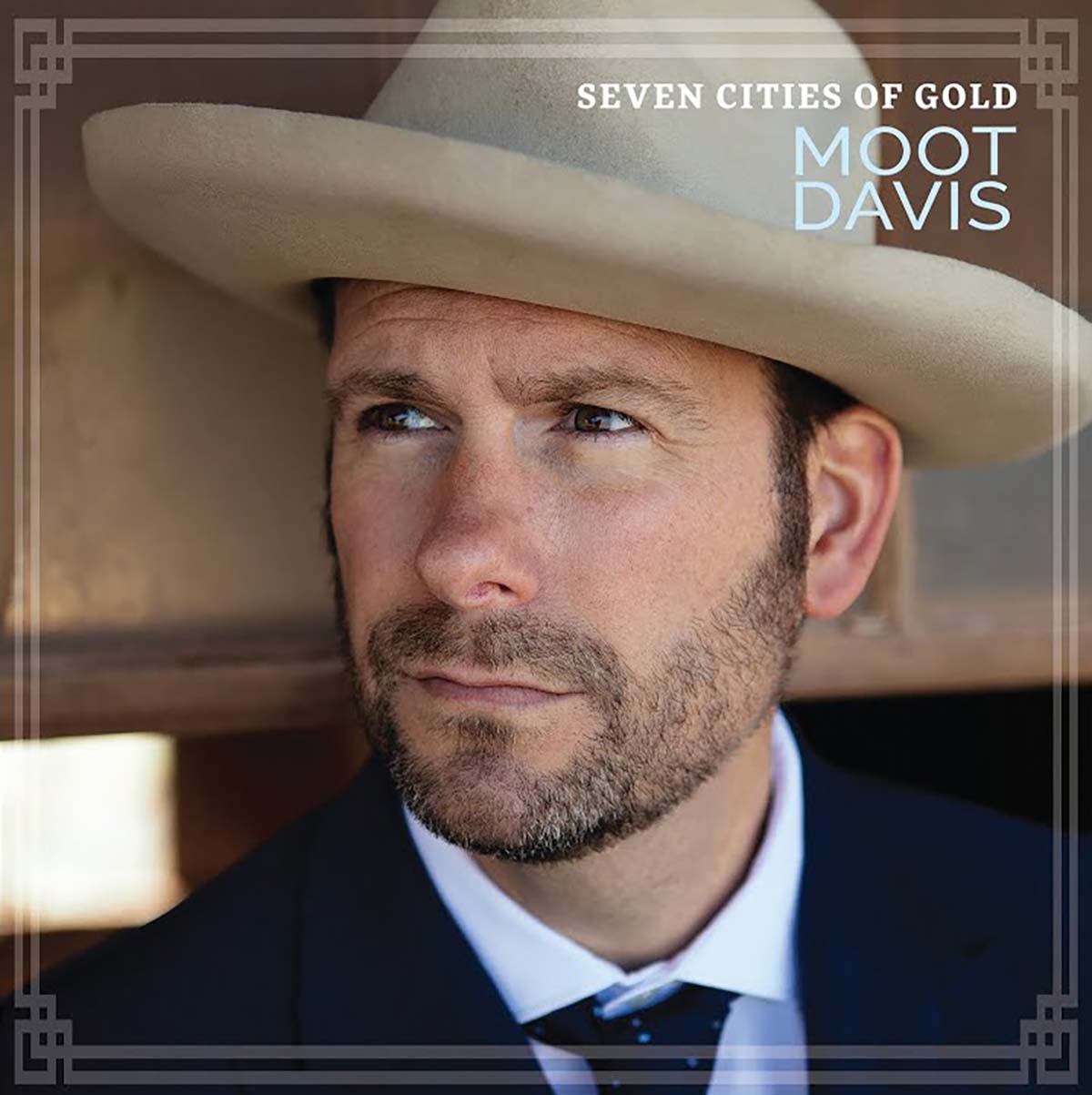 Nashville-based Moot Davis started out as a stage actor travelling around the US and Europe, and it was during that time he began writing songs. His first batch of songs ended up becoming his first album and Davis’ music was included in films such as ‘Crash’ and ‘The Hills Have Eyes’. With his music career taking off, Davis made the move to Nashville where he paid his dues on the live circuit and secured his first record deal. With a series of albums under his belt, his most recent was 2017’s ‘Hierarchy of Crows’ co-produced with longtime drummer Blake Oswald and engineer Jody Sappington, Davis releases his new album ‘Seven Cities of Gold’ this week.

For ‘Seven Cities of Gold’, Davis has once again collaborated with Oswald and Sappington to craft a 10-track tour-de-force of Americana and Country. Musically, Davis’ work is steeped in tradition and it’s as far away as you can possibly get from the sound dominating modern Country. Opening track ‘Hey Hey’ sets the tone perfectly evoking Dwight Yoakam at his best with a little bit of Elvis thrown into the mix. The start-stop instrumentation provides the perfect backing for Davis’ distinctive gritty growl and if your toes aren’t tapping by the end, you should probably check you’ve got a pulse.

A cover of Willie Nelson’s ‘Crazy’ is one of the album’s more unexpected moments. It’s so far removed from the iconic Patsy Cline version (and Willie’s original) that it more than stands on its own two feet as a unique interpretation of the song. Bouncier and more uptempo than either of those, Davis’ version sounds more optimistic and hopeful, removing the wistful nature of the original. It works and to be honest, I’m surprised it does!

What Davis does so well on this album is build instrumentation with depth around his vocal. The rocky title track moves things into different sonic territory, drawing a little more from the early 80s, and it’s magnificent. On ‘California’, Davis strips things down a little and lets his drawling voice speak the intro before launching into a ditty that will undoubtedly lodge in your brain. Stirring pedal steel paves the way for standout track ‘Turn in the Wind and Burn’, a mid-tempo number that shows a more emotive side to Davis and to my ear sounds like a live recording.

Closing track ‘Anunnaki War Brides’ ups the rock side of Davis’ leanings for a five-and-a-half minute epic that sees the artist letting loose. He growls his lyrics over electric guitars and a steady beat, and it’s a surprising shift in gear for the final track. It also shows that Davis is happy to follow his gut rather than craft the album people may expect him to make. He’s not afraid to show his versatility as an artist or represent his far-reaching influences.

‘Seven Cities of Gold’ is an album for fans of proper traditional Country music and those who love the Rock music that came out of the 70s and early 80s. If you’re tired of pop sucking up all of the air-time on Country radio, you should get yourself a copy of this. The music grows on you with every listen and I can only imagine how incredible it would be to witness Davis performing these songs live. ‘Seven Cities of Gold’ is proof that real Country music still exists, you just have to dig a little deeper in today’s music industry to find it.