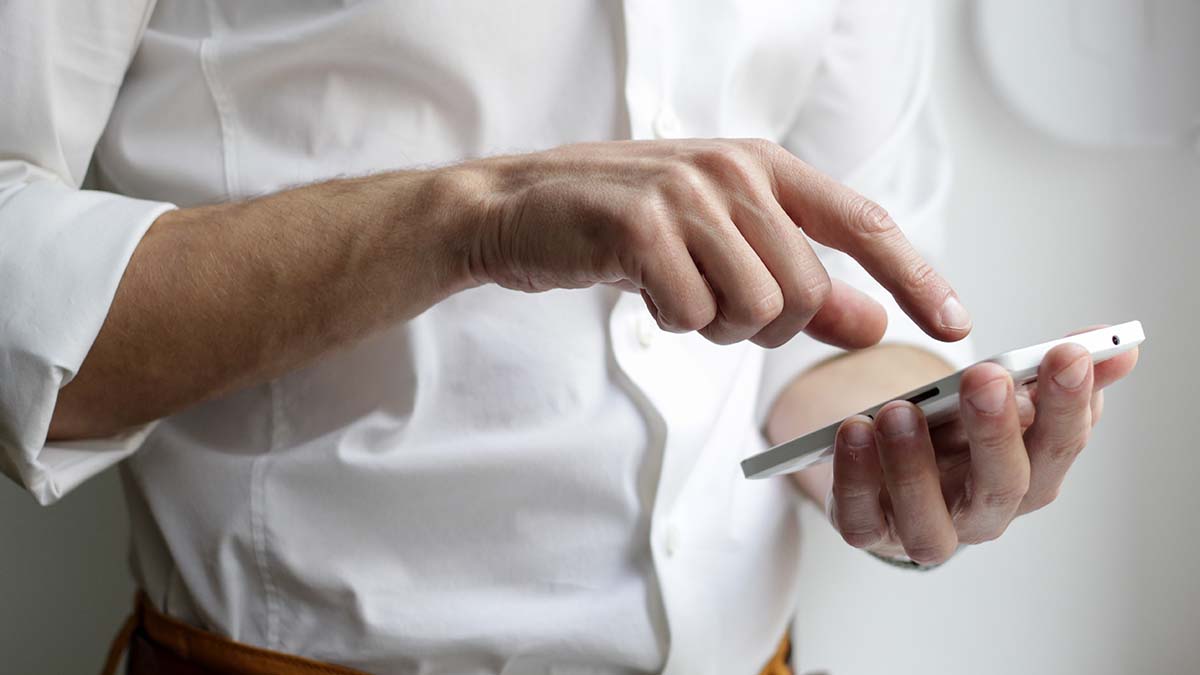 According to a study carried out by click fraud prevention experts, PPC Shield, more than half of Brits believe that their phones are eavesdropping on their conversations, even when they’re not being used.

39 million people, which equates to 58% of the British public, think that devices with smart speakers are listening to everyday conversations on a regular basis. This includes devices that have AI technology such as Alexa, Google Assistant and Siri. A staggering 77% of people aged between 18-24 years old believe that their smartphone is listening to their private conversations, with 64% saying that they believe the same goes for their other home-based smart tech.

The study used information analysed from a YouGov survey to find out how many people believe that there is a likelihood their device is listening to them without being prompted. 57% of the British population even think that smart devices such as fridges and watches are also secretly listening to our private conversations and using the information to their advantage as market research to better produce things such as targeted adverts.

Does age influence whether people trust smart devices or not?

Around half of each age group in the survey believed that smart devices listen to us without being prompted. 69% of those aged between 25 and 34 years old were the most convinced that all smart devices are listening to us, whilst only 47% of people aged 55 or over agreed. The age divide was documented throughout the survey, as the two younger age groups (18 to 24 and 25 to 34) seemed to consistently believe that smart devices are secretly listening to us when we don’t expect it. The older generation, on the other hand, seemed less convinced.

76% of people aged between 25 and 34 years old believe that their smartphone is using technology to listen in and document private conversations. At 41%, under half of those aged 55 years old or over have the same theory. There could be several reasons for this, with the most common being that the older generation is less likely to own a smartphone than those of the significantly younger age group.

Devices such as laptops and tablets seem to attract less suspicion as only 41% suspect tablets and just over 30% have concerns about laptops. This is despite the fact that both devices use cookies to track online activities, as mobile phones do. Somewhat surprisingly, the older generation is less mistrustful of the devices as only 29% of those aged 55 or over believe that their tablet is listening to them. This is compared to 54% of those in the age bracket 18 to 24 years old and 52% aged between 25 to 34 years old believing the same.

The lowest percentage of users to believe that their smart devices weren’t listening to them were in the age group 25 to 34 years old. Only 11% of users in this age bracket thought that they weren’t being tracked this way. Those aged between 45 to 54 years old were the highest proportion ( at 18%) of people that didn’t think it was likely they were being listened to by their devices.

Whilst it can be unnerving to think that devices are listening to us, the main topic of conversation often turns to the ‘why’. What could the average person have to say that could possibly interest Apple or Amazon? The most common reasoning seems to always point to advertising. 66% of people say that they have seen a change in adverts on their devices after speaking about a certain topic. It could be that they start seeing adverts pop up for a new restaurant or brand of clothes, having only just mentioned it in passing to a friend. Unsurprisingly, three in five Brits find this a bit too close for comfort, even if it does provide them with tailored adverts.

Despite the worry that their private conversations are being taped, 14% of people – more than nine and a half million adults – say that they look at and interact with advertising that appears on their social media feeds. This could be as simple as clicking on the advert itself, sharing it on their profile or actually buying whatever the advert is showcasing. Of the total 9.5 million that said they interact with the adverts on their feed, 29% were aged between 18 and 24 years old.

Social media platform Facebook, which also owns Instagram and Whatsapp, stated in 2016 that they don’t use the microphone of any device to listen to private conversations. Instead, they said they use profile information and user interests to adapt their adverts and make them relevant. However, only three years later in 2019, they admitted to having used third-party contractors to listen to users on the Messenger app and transcribe conversations.

Having long since grown from its humble beginnings in 2004, Facebook is now the largest social media platform in the world. Whilst the social media giant has had access to a group of users’ audio transcribed messages, Facebook said this was done in a “totally de-identified” way in order to “improve AI transcription of messages from people who had opted into transcription on Messenger”. This information was only collected from active users, rather than those having private or passive conversations.

There are around 2.85 million active users on Facebook every month. This is a massive chunk of the world’s 7.6 billion large population and just goes to show the sheer scale of social media’s influence all over the globe. Whilst these figures do show Facebook’s impact on the world, it does put the idea of social media platforms hacking listening devices into perspective. Some experts believe that it would prove too costly and time-consuming for Facebook to monitor all conversations 24/7, especially when you consider the other social media channels that Facebook owns too.

It would take a large amount of storage and power for social media channels like Facebook or technology companies like Apple and Samsung to monitor everyday conversations and keep them stored for future reference. Storing private conversations would also be considered highly unethical by many users and could therefore cause legal problems for these companies further down the line.

A large chunk of personal information is often given freely by users themselves through social media profiles and the use of cookies on websites. This means that adverts can be tailored to individual user experiences, without the need for smart devices that listen to private conversations. Collecting personal data and preferences is often done in this way when users are first setting up their accounts.

How is private data stored?

Every website needs to ask user permission in order to use cookies. This type of software is used by companies to assist in building targeted adverts for individual users. For example, shopping sites may view and store information on what the user has clicked on to help them send user-specific adverts to their social media channels. This could give users the impression that their phone is listening in on their everyday conversations, even though it was their regular acceptance of cookies on websites that has allowed the user’s social media channels to produce targeted adverts.

Aside from the ethical perspective of whether companies should be allowed to listen to us, there’s also the practical standpoint to consider. Throughout our conversations, people talk using sarcasm, irony and other verbal devices that technology wouldn’t necessarily be able to decipher. Some experts believe it would be too difficult for our smartphones to distinguish and pinpoint the relevant information in order for them to start producing targeted adverts.

Whilst the average person may never know whether our smart devices are secretly listening to us or not, it seems like the majority of the British population is wary of how much we use our mobile phones, versus how much they use us.