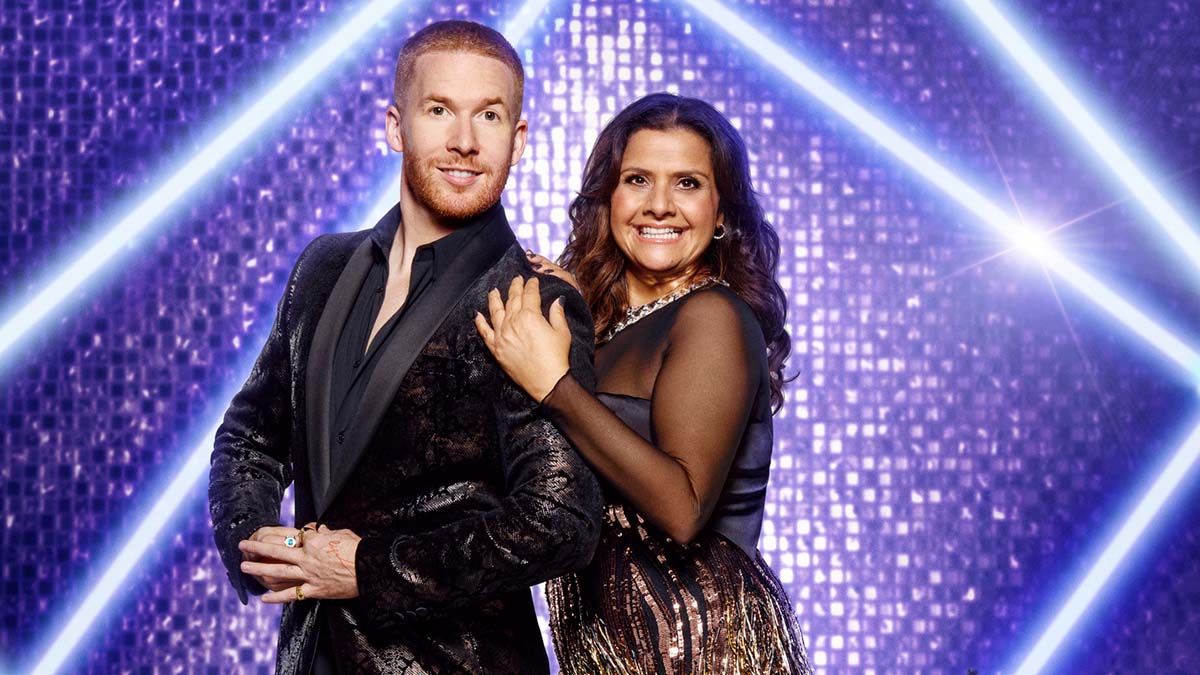 The first results show of ‘Strictly Come Dancing‘ 2021 aired last night and it was actress Nina Wadia that said goodbye to the ballroom.

Nina and her partner Neil Jones were in the bottom two opposite Katie McGlynn and Gorka Marquez.

Both couples performed their routines again; Nina and Neil performed their Tango to ‘Would I Lie To You?’ by Eurythmics. Then, Katie and Gorka performed their Jive to ‘Good 4 U’ by Olivia Rodrigo in a bid to impress the judges and remain in the competition.

After both couples had danced a second time, the judges delivered their verdicts. Craig Revel Horwood, Motsi Mabuse and Shirley Ballas chose to save Katie and Gorka, while Anton Du Beke chose to save Nina and Neil.

When asked by Tess about their time on the show, Nina said: “It’s been really fun, thank you so much. [Neil] is incredible, thank you.”

Neil was then asked if he had any words for his partner, Nina and said: “You’ve been a dream. Second partner on the show for me. I wouldn’t have wanted anybody else. You’ve been fantastic and so much fun. Literally, we’re like a married couple – you’ve got both husbands here tonight! It’s been so much fun together, you said you wanted to dance and you’ve done two fantastic dances and I’m really, really, really proud of you.”

Sunday’s Results show also featured a routine from the professional dancers to ‘Something Better’ by Tom Grennan plus a show stopping musical performance from singer songwriter Griff performing her new single ‘One Night’.

The remaining fourteen couples will take to the dancefloor next week in a spectacular Movie Week Special when ‘Strictly Come Dancing’ returns on Saturday 9th October at 6:45pm with the results show on Sunday 10th October at 7:10pm on BBC One.