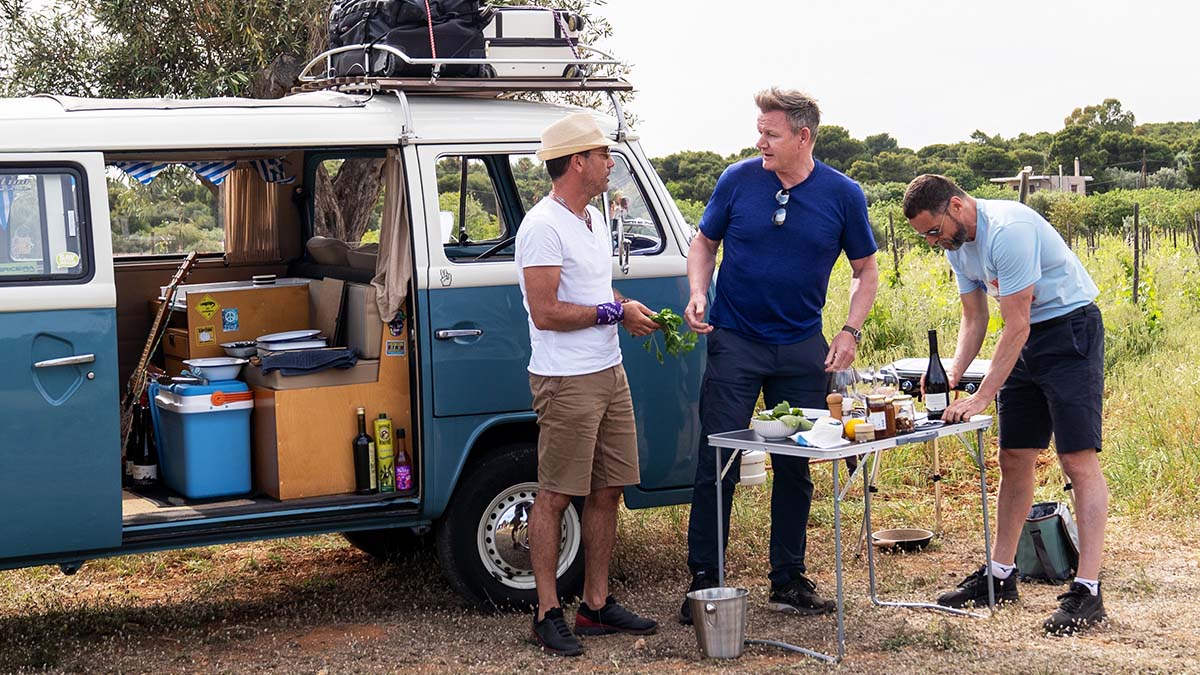 The second and final episode of ‘Gordon, Gino & Fred Go Greek’ airs tonight on ITV and we’ve got a clip for you.

After loading up their campervan with local produce, Gordon Ramsay, Gino D’Acampo and Fred Sirieix prepare to make a tasty meal to pair with some delicious wine. When Gino mentions Italian cheese though, it makes Fred see red. Watch the clip at the top of this article.

Last week’s episode saw the trip indulging in the unique produce of the Greek islands and exploring the fresh local specialities that contribute to the remarkably healthy older generation.

This week the boys are in the Greek capital of Athens, back on the road in a vintage VW campervan. This is where high-concept cuisine originated and is still being re-invented, in a city known as the birth place of democracy and the cradle of western civilisation.

Highlights include a souvlaki showdown, racing in an ancient Olympic stadium, a visit to an award-winning bio-dynamic vineyard, sampling liquid Greek salad cocktails in one of the world’s top bars, visiting bee-keeping nuns and truffle hunting with dogs amidst the gigantic rock pillar landscape of Meteora in central Greece.