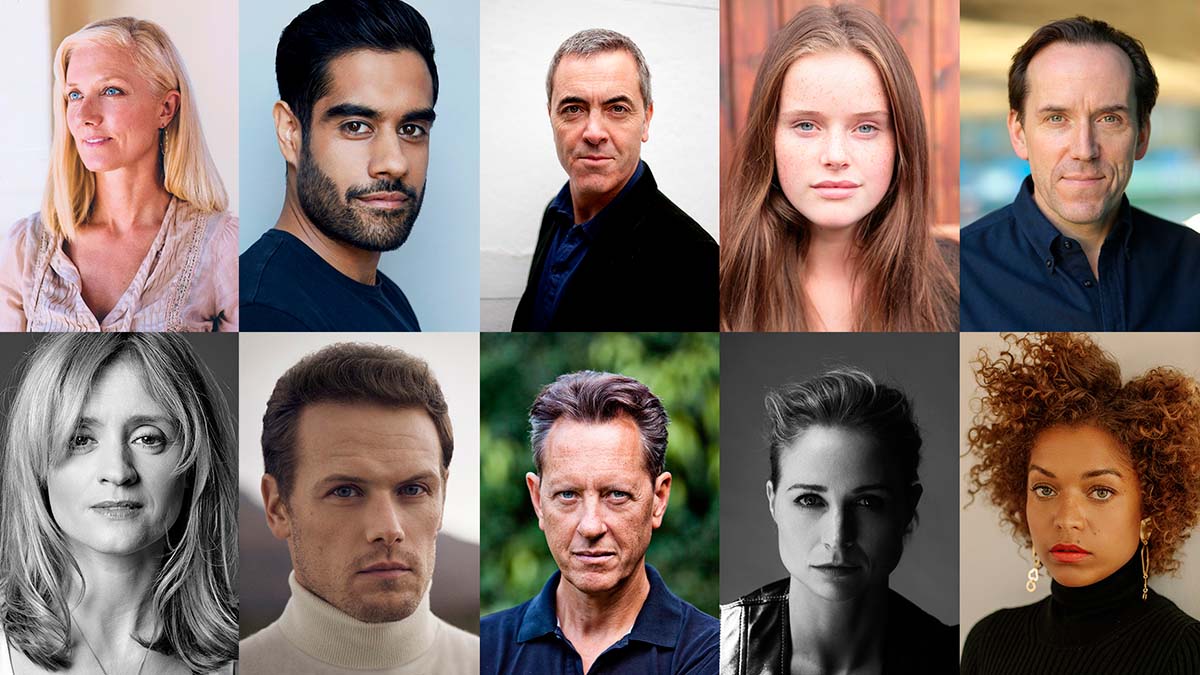 When veteran detective, Danny Frater (played by James Nesbitt), turns up at a hospital mortuary for what he thinks is a routine ID check on a young woman’s body, he gets a devastating shock; the corpse turns out to be his estranged daughter, Christina (played by Imogen King). Danny is traumatized by the news that according to the post-mortem report, she’s taken her own life. Danny and Christina had a complicated father-daughter relationship in recent years, but he refuses to accept that she would have ended her own life.  He sets out on a mission for the truth, retracing her last days and hours, in an agonising crusade to discover what really happened to his only child.

Through a series of intense exchanges with those closest to Christina – her partner, Nicola (played by Niamh Algar), her best friend, Maia (played Antonia Thomas), her business partner, Jaisal (played by Sacha Dhawan), her godfather, Ryan (played by Sam Heughan), her mentor, Harry (played by Richard E. Grant) and finally her mother, Susannah and Danny’s ex-wife (played by Anne-Marie Duff) – Danny learns about his daughter’s descent into delinquency. He is forced to confront his own failings as a father whilst struggling to make sense of a mass of contradictory testimony and circumstantial evidence, and he must decide who, if anyone, is responsible for Christina’s death and what he’s going to do about it.

Also appearing in the series is Jackie (played by Joely Richardson), the pathologist who carries out the post-mortem on Christina’s body and Richard (played by Ben Miller) Danny’s Detective Superintendent boss.

James Nesbitt, said: “I could relate to Danny, with his flaws, vulnerabilities and the devastating situation he faces, from the very first moment I picked up the script. Each episode of ‘Suspect’ (w/t) is an intensely theatrical double-hander, a psychological battle of wits between Danny and another character who may know something about his daughter’s untimely death, and I really can’t wait to lock horns with my fellow cast members and to lead this incredible array of acting talent.”

Channel 4 Head of Drama, Caroline Hollick, who commissioned the series, says: “I am absolutely delighted to welcome James Nesbitt back to Channel 4 to take the lead in this gripping, visceral thriller. It’s a testament to James’ star power and Matt’s gripping scripts that ‘Suspect’ (w/t) has attracted such a sensationally stellar ensemble cast.”

Jo McGrath, Executive Producer and CCO of Eagle Eye Drama, commented: “’Suspect’ (w/t) has a distinctive narrative architecture which is both incredibly intimate and very intense, which represents an exciting challenge for any actor and I’m sure that’s one of the reasons we have attracted such a high calibre, talented cast.”

‘Suspect’ (w/t) follows on from the success of ‘Before We Die’, Eagle Eye’s first production which aired earlier this year on Channel 4 and has become the sixth biggest first run series on All 4.