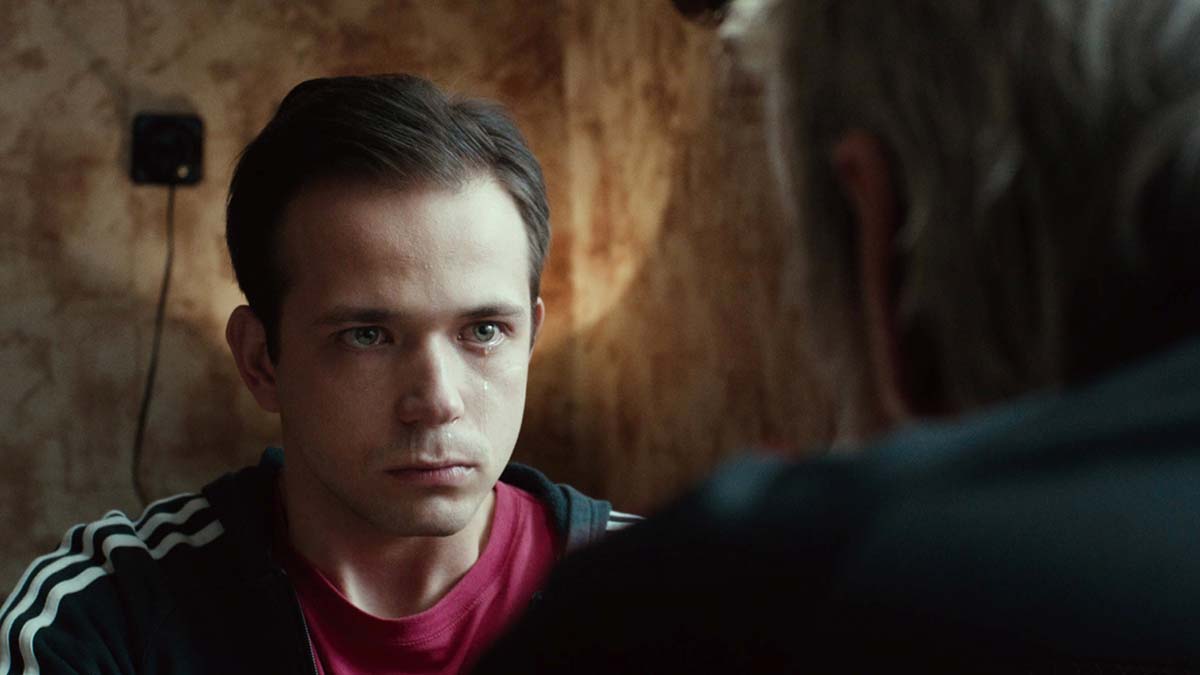 Being a parent is no easy task but it can be even more challenging when sexuality enters the equation. NQV Media have today releases ‘New Queer Visions: Parental Guidance’, a new shorts collection that explores the way parenting impacts for queer people. From openly gay couples through to closeted youths and everything in between, these six shorts give a glimpse of the experiences queer people across the world.

The set opens with ‘Samira’, a strong and emotionally engaging start that tells the story of interpreter Janosch (Lucas Prisor) who talks a young woman out of a shipping container that she’s barricaded herself in. Once she’s out, the woman is arrested and Janosch discovers her baby left behind. Taking the child in with his partner, Janosch begins to understand the bond between a child and its parents, and has his eyes opened to what parenthood is like. German film-maker Charlotte Rolfes crafts a clever short here that asks plenty of serious questions but will also warm your heart too.

In sharp contrast Bulgarian film-maker Pavel Vesnakov’s ‘Pride’ tells the story of a grandfather who accidentally discovers that the grandson he’s raised is gay. He doesn’t take the discovery well and a tense conversation follows as the man grapples with the love for his grandson and his own values. It’s heart-breaking but it’s the reality for so many young queer people across the world, particularly in countries where being gay isn’t accepted.

One of the highlights on this release comes from Israeli film-makers Nizan Lotem & Lior Haen’s ‘Lost & Found’. A teenage boy meets a stranger in a public park after losing his phone. Expecting the stranger to hand the phone back, the boy is shocked to discover that he’ll have to pay a large sum of money to get the phone back and stop its incriminating explicit content from being made public. This one didn’t go where I thought it was going to and I thought there was a clever twist that made it really enjoyable.

The most boundary-pushing moments on the collection come from English film-maker Carlos Lopes’ ‘Chaos Toad’ and film-makers Roberto F. Canuto and Xu Xiaoxi’s ‘Sunken Plum’. The former is an exploration of rediscovering life for a man who reconnects with his childhood imaginary best friend while caring from his ailing mother, while the latter highlights the struggle for trans people in China, featuring some harrowing real-life footage of trans people being attacked.

German film-maker Benjamin Teske’s ‘Escaping Gravity’ rounds out this release telling the story of a trans woman who tries to gain her father’s acceptance by masquerading as a man as she returns to the funfair that played a big part in her childhood. The short further highlights just how difficult life is for trans people thanks to the expectations and pressures of society. Along with ‘Sunken Plum’ it makes for a very sobering watch.

‘New Queer Visions: Parental Guidance’ features some very interesting shorts and it’s always fascinating to take a glimpse into the world of queer people from other parts of the world. These six shorts make a surprisingly cohesive release that tell important stories that deserve to be seen and heard. NQV Media continues to be a voice for under-represented communities and are no doubt helping queer people find the courage to be themselves.