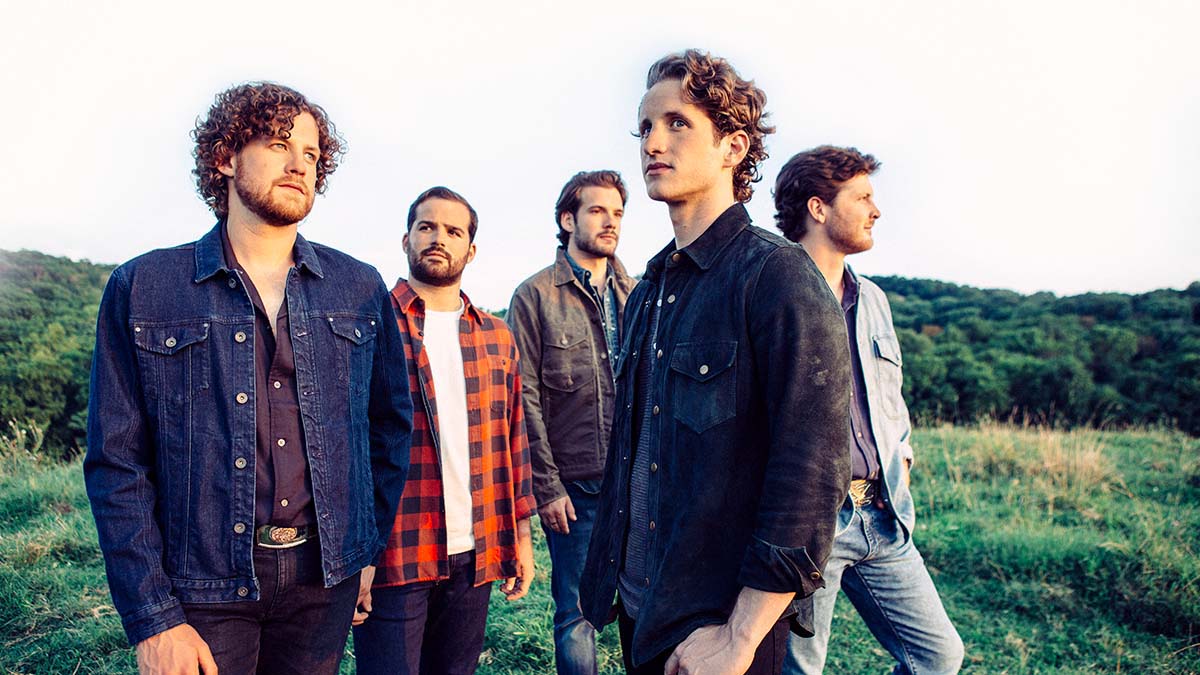 Bringing something fresh to the Country and Americana genres, the band have been making waves with their electric live shows and their EP is the first step in what promises to be a long and successful career for the band.

I caught up with them recently to talk about the EP, discuss returning to the road and to find out how they got together…

You recently released your EP ‘Circles’. What’s the reception to it been like?

Barton: I think overall it’s been pretty great. Our immediate fan base seems to love it and there’s not a single song that’s doing a lot better than the others. I think everyone picks their favourite because there’s something for everyone on it. I’ve been really happy with the reception so far.

There’s a lot of variety on the EP and you guys don’t sound like anyone else out there right now. How did you choose these seven songs to include?

William: We finished recording those in 2018 and we started writing for this project in 2016. We had a lot of songs to choose from. We were touring pretty heavily so it allowed us to try things out on the road except for ‘Keep Lying to Me’, we had really never played that song until after the EP came out. We tried songs out and whatever felt great live we went with.

This past year has been tough due to the pandemic. What’s been your experience during that time?

Clifford: I think Sam said yesterday, it was a good exercise in patience. It was a little frustrating but we also got back into the studio and recorded a whole bunch of new stuff. We practiced a lot and I think we just got better as a band so I don’t think it was time wasted necessarily.

You’re back out on the road now. What has that been like? Has it been an emotional experience?

Sam: (We’re) just taking nothing for granted. Every show feels like the best show we’ve ever played. At least that’s how it feels like for me. Nothing can get me down really. I’m just so excited to play every time. Every song feels fresh again, it’s really cool.

William: They’re having a great time at the shows. As a music fan myself, I’m excited to go see shows. It’s a great time for people to get back out there and see live music.

How did Boy Named Banjo come to be? What’s the story behind your formation?

William: Ford and Willard went to preschool together. I first met Willard in kindergarten and ended up playing in a rock band with him in middle school. We’ve all grown up knowing each other. As far as Boy Named Banjo goes, Barton and I met in an English class freshman year of high school, and started playing bluegrass together and eventually songwriting. Not long after that we got Willard in the band so we were a trio and that’s when Boy Named Banjo was formed. As we went on, we picked up Sam on the drums and Ford on the bass. We played in front of young, loud crowds and you had to be louder than the crowd. Our sound slowly went from folk bluegrass to rock alternative. That’s how we got our sound today.

You’re all involved in the songwriting. How important is it for you to be able to showcase your personalities and versatility in that way?

Barton: I can’t imagine it any other way. Since I started playing banjo, I’ve always just wanted to write. Honestly, I’ve never written with anyone else besides William until we started writing more in the Country world with other writers. I can’t imagine just recording someone else’s song. It feels so foreign right now.

What are you working towards beyond ‘Circles’? Is there an album in the pipeline?

Ford: I think right now, we’re just focusing on what we have out now. Once we’re ready to see what the next steps look like we’ll go from there. We’re always recording and working on stuff so we have quite a big backlog at all times.

Are you going to be roadtesting that material on the road?

Barton: We plan on throwing in one or two a night maybe.

Do you feel nervous when you play new songs to a live audience for the first time?

Willard: There’s more nervous in just trying to get the performance on our end right. We’re more worried when we’re playing those new ones out that we’re gonna mess up rather than they’re gonna like it or not like it (laughs).

Ford: We had several years of experience playing in front of people who had no idea who we are so it’s not foreign to play something they don’t know.

Are you hoping to tour internationally when that becomes a possibility?

Barton: It’s definitely a goal of ours. It’s always been a dream to come over to Europe and tour Europe. We don’t have any set in stone plans right now, obviously, with the pandemic and everything but hopefully next year. We’ll see!

Do you have any other plans that you’re trying to fit in before Christmas?

William: Just a lot of shows. Aside from that, I don’t think we have much time to do anything else. We’re going to be busy pretty much every day until around Thanksgiving. Then we’ll have a little time at home to just be with our families and maybe start talking about those demos that we have. That’d be really cool.

I’m keen to hear some Christmas material from you guys. Is that something that you would do?

Barton: We’ve thought about it…

William: It’s possible. I think it’d be fun to try.

Barton: We’ve got a hometown show on December 23rd so I think that’d be a good time to maybe throw in a Christmas song and just see how it goes because we’ve never done it.

Boy Named Banjo’s EP ‘Circles’ is available now. Watch a performance of the title track below:

In this article:Boy Named Banjo, Featured