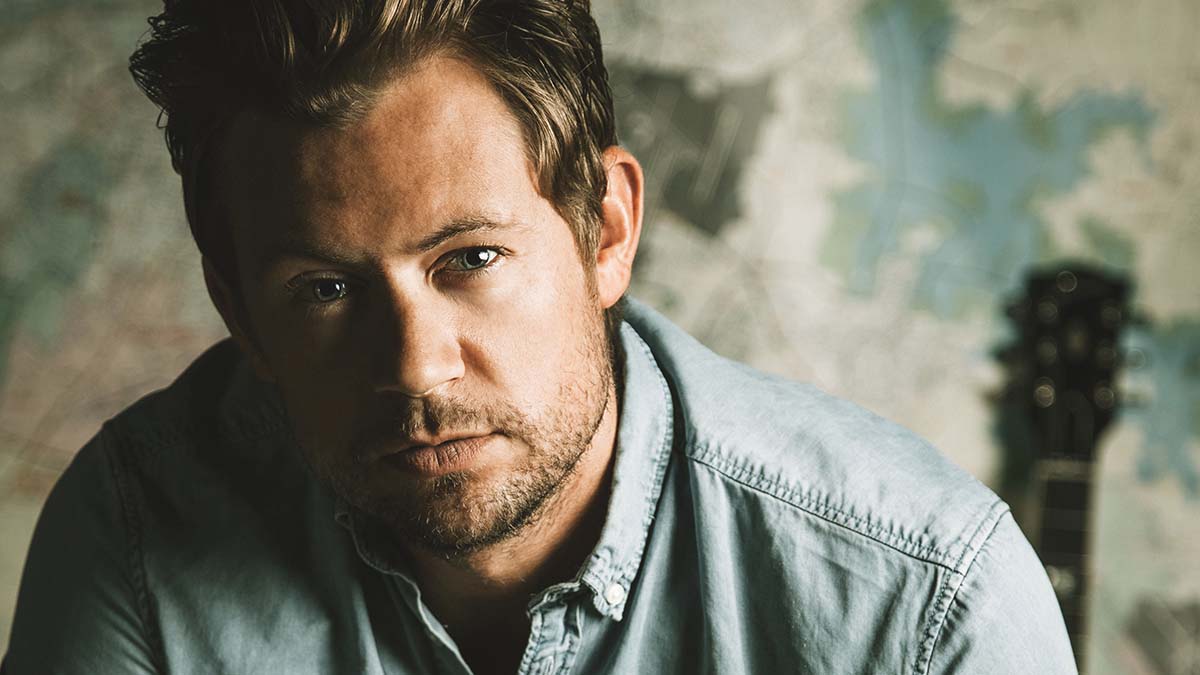 A singer-songwriter very much on the rise in Country music right now is Brandon Lay.

Signed to EMI Nashville, Lay has released several songs including ‘Crazy Like You’, ‘For My Money’ and ‘Startin’ Young’. Those have been amassing big numbers on streaming platforms, building a strong platform for his latest release ‘Broke’.

I caught up with Brandon recently to talk about his latest single ‘Broke’, discuss the pandemic and to find out what it’s been like to get back on the road…

‘Broke’ came out in July. Tell me a little bit about that song and how it came to be…

That song has sat in my catalogue for eight years. I wrote it back in 2013 with Dean Dillon. That’s the only song I’ve ever written with Dean and it’s the only time I’ve ever met him. I haven’t seen him since. I thought it was too Country at the time to be honest. It’s so interesting how it translated differently from the work tape to when we recorded it this past fall. It turned into something totally different than what I always thought it was in my head. It sat there because I was creatively, and maybe even over ambitiously, shooting for other things when I came out in 2016/17/18. When COVID hit, I had some time to look back through old songs and there was that one. I just thought it was a good time to get back to my roots sonically and have something that’s more band friendly. That’s what the goal was with it.

You remained prolific during the pandemic, releasing several new songs. How was that time for you?

Personally, if it was going to happen, it could have never happened at a better time. I’ve got a one year old and a two year old so I’ve been able to see them transition everyday. I’ve been on the road so hard for 12 years, especially from 2016 to 2020 doing a lot of radio stuff coast-to-coast. I was burned out to be honest with you. The world shutting down could probably not have come at a better time. I think God knew I needed mental and spiritual rest. I’d gotten into some different lifestyle patterns than I have when I’m at home. I think my body just needed a chill. My wife and I, we just got in this house a month ago, it took us two years to build this house and we started right when COVID started. It’s been quite the journey living with her parents. We decided to sell our house in the city and move out to the country. There’s just been a lot of big things happening.

It must have felt very strange to go from being so active to being able to do nothing. I also don’t think we appreciate just how gruelling radio tours are for artists in the US because it takes months and months doesn’t it?

It does and you know what, to be honest Pip, I think it might be obsolete in the next few years. Ideally you would go from town to town and try to win the programme director over so he would add you to playlists. Well, now everybody’s corporately owned and they’re really not pulling the trigger, it’s one or two guys that are pulling the trigger for everybody. I might be wrong but I think radio tours might be on the way out. It is definitely gruelling. You get to see cool places and eat at nice restaurants every night wining and dining so in a lot of ways it’s a good experience. It couldn’t be more opposite of home life for me and I think that’s what my soul was craving at the time. A pump the brakes moment was a blessing

Radio tours are a bit of an alien concept to us in the UK as we just don’t have the same reliance on radio for artists to succeed. Streaming is now replacing that really. Your streaming numbers are impressive. How do you feel about that?

Well, thank you. They could always be better, I guess that’s what we’re trying to do. I’m glad people are seeming to find it. My whole goal with making any kind of music was just making it have replayability and hopefully people are living with it and listening to it on the way to work or listening to it sipping wine on the back porch. I’m happy that it’s streaming well. As much as streaming and satellite radio have been able to break some artists, I feel like for Country that it’s still gate kept by terrestrial radio. The streaming platforms have given the newer artists, the little guys like me, a chance so it’s been good.

You released a cover of Trisha Yearwood’s ‘Walkaway Joe’. It’s a brave person that covers Trisha. Why did you decide to do that?

I’ve always loved that song, who doesn’t? I’m a big Eagles fan and Don Henley sang backgrounds on it. Those two together are just powerhouses. I love the song and wanted to pay tribute to it but I wasn’t obviously going to try to make it like Trisha Yearwood. I was just trying to put a different spin on that. There’s a lot of young people that maybe would find my music that have never heard that song. Hell, maybe it made people a lily pad if you will, to go find the original version. If people did that, then I would I would call it a success. It was just to pay tribute and definitely wasn’t trying to compete with Trisha, but more or less shine a light on it.

What are your plans for new music beyond ‘Broke’?

When we when we recorded ‘Broke’ we recorded seven other songs so we’re going to put out an eight track (collection). It will include ‘Broke’ and we’re have a new song coming soon. The songs we are putting out now are to try to build some momentum on the streaming platforms and satellite radio to create a foundation for a relaunch. These plans have been thought over so much. I’m just grateful to the label for letting me put the music out. I’m on monster label, Universal, and they’ve got monster acts so you don’t always get the priorities as a baby act like me. It gives me a platform to tour off, which is really my only income. It’s honestly what I love to do most still. The break was good for COVID but I’m definitely glad that I’m getting back out on the road. It feels good to be around people again.

Have have you been adjusting to being back on the road again?

I had to knock the rust off for sure. I came at it a different approach. I struggle so much with anxiety and depression, the classic artist pitfalls. That led to drinking too much. What I’ve tried to do coming back out is just not drink at all or not drink as much and I feel like my shows are better because of it. There’s a talent buyer that books a lot of these shows and she was like, ‘man, you’re sounding better than ever’. I was like, ‘that’s funny. I’m not drinking before shows and this is new for me’. I think having my kids, for some weird reason, took the anxiety of performing away because I’m gonna have them whether I bomb the show or kill the show. It puts things in perspective and it takes the pressure off. (I’m) definitely having to knock the rust off and I think not drinking before shows is something that’s actually helped me a lot.

It must be very easy to slip into the habit of having a drink every night because it’s available so you end up thinking, ‘why not?’…

Yeah, there’s a reason to drink around every corner. Hhonestly, it’s just a huge part of our business because alcohol sales are through the roof at Country music shows. People come there to unwind and forget about things like pandemics and jobs and politics. It always goes hand in hand. I’m not swearing off it forever but I just feel like for me personally, it’s been a good move.

Are you hoping to get over to the UK for some live shows next year?

I have an original that I’m going to be recording this next week. It’s not in the label’s plans for me to put it out but I’m going to campaign for it. I’m cutting a session limited press, which means I can upgrade it to something we can actually release to the public. I’m cutting the demo session. Last year was a cover of ‘Tennessee Christmas’ and this this year will be an original that I’m trying to slide in there so hopefully. I know I’m running out of time because these things have to happen usually in the summer so be on the lookout for it. I’d love to sneak one out.

Brandon Lay’s single ‘Broke’ is available now. Watch the lyric video for the song below:

In this article:Brandon Lay, Featured