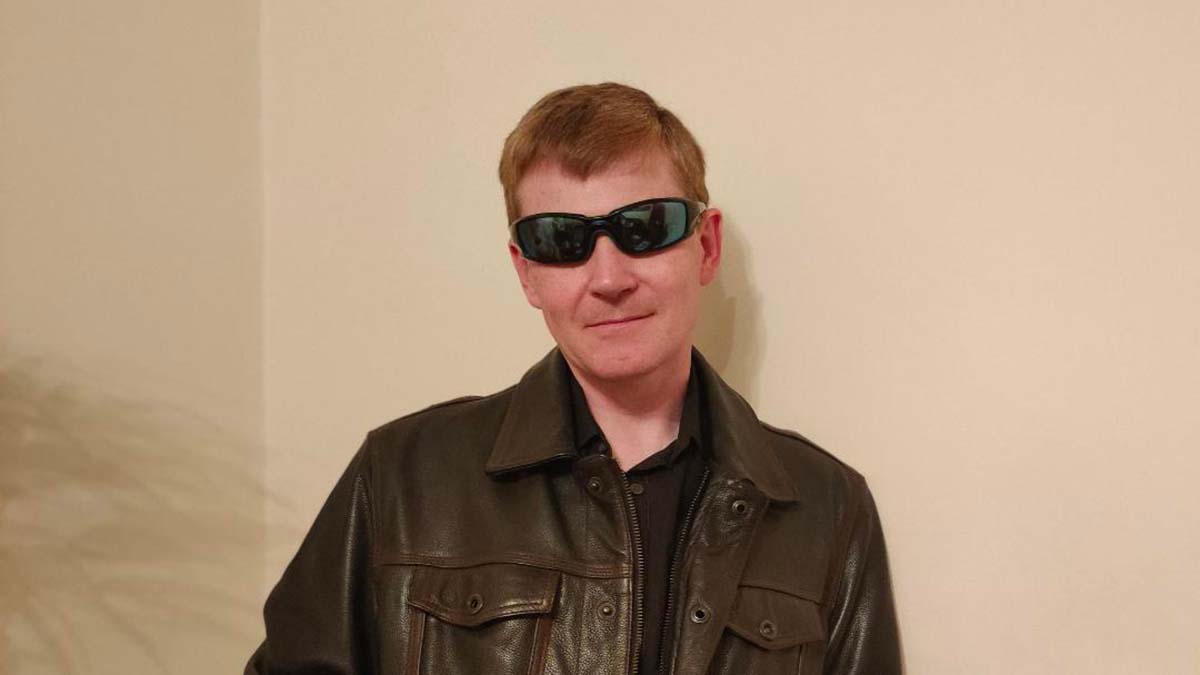 A vampire story set in Manchester, ‘Boy #5’ was filmed on a low budget but the end result is one that shows plenty of promise for the film-maker and the film’s lead actors. The film is part of FrightFest’s ‘First Blood’ strand.

I caught up with Eric recently to discuss making the film, talk about the audition process and find out what lessons he learned…

Your film ‘Boy #5’ is having its World Premiere at Arrow Video FrightFest. What’s the film all about?

‘Boy #5’ is the story of Marjorie, a burned-out social worker who has reached the end of her sympathetic tether. Then she is assigned Nathan – a shy, withdrawn boy found wandering the streets of Manchester who has some profound behavioural problems. As she gets closer to him, she discovers that Nathan has a peculiar type of mutation – an insatiable thirst for human blood.

I had the idea several years ago the same way I get most ideas – it just popped into my head while I was out walking around Manchester. The city, its architecture and people have always provided my inspiration. I particularly love vampire films and I wanted to tell a vampire story that felt fresh and modern but that was still recognizably about a vampire. The initial idea was to have the authorities find a real vampire. What would happen? How would they deal with it, especially if it turned out to be medically proven fact? The story just blossomed from there.

Your two leads were actors you discovered at local auditions. How hard was it to cast the parts of Marjorie and Nathan, and were you nervous to have leads that didn’t have previous film experience?

We had a big audition process. At the time we were considering making several possible films. We had 70 actors turn up and just let them improvise with each other. Laura (Marjorie) and Lennon (Nathan) instantly stood out among the rest, as did our other cast members. They were totally natural. I knew right away that they could handle anything we threw at them. And we threw a lot at them! We are a super low budget outfit, so a lot of what we do changes from moment to moment on set. Fortunately both Laura and Lennon were open to new things. The fact that they had no preconceived ideas about acting really helped. Working with them was incredibly easy and a real pleasure.

This was your first time directing a feature film. What was the experience like and what was the biggest lesson you learned?

I learned enormous lessons on ‘Boy #5’. From how to handle actors to cinematography and lighting to the sheer physical effort it takes. I worked closely with the editor as well, which was another huge learning experience. I thoroughly enjoyed it though. The biggest lesson for me was how important it is to remain flexible. I studied director Werner Herzog, and he doesn’t use a shot list. So for this film we didn’t use one either. While that can make other people nervous, it really helped keep me alert and able to respond to things that happened both in front of and behind the camera. Some of the best moments in the film were shot that way – we had a family of foxes that invaded the set, a night shoot on the streets of Manchester, and the final montage that was kind of forced upon us because a stunt proved impossible to do. All these things turned out great, but we only caught them because we were looking for them. This film really made me even more determined to go down that path of not having a shot list unless it is absolutely necessary. I also learned another very good lesson on this film, which is: don’t rely on being able to fix things in post!

What was the most challenging part of making ‘Boy #5’?

With ‘Boy #5’ one of the most difficult parts was learning the more technical aspects of filmmaking. I tried to educate myself as much as I could in the months leading up to the shoot and had some experience making short films. But it was still a challenge. Fortunately, my mind works in a very visual way – probably a result of having watched too many movies and having read tons of comic books – so I am able to visualize everything in terms of individual shots. This came in very handy when we ran out of time at a location that was about to be demolished and had to film 20 scenes in a day!

The film is part of Arrow Video FrightFest’s ‘First Blood’ strand. How important is it for you to get the backing of a festival like this?

I can’t overstate how important it is. The people at FrightFest have been awesome. They are extremely supportive. Being selected by them has been invaluable to us in getting exposure and credibility. It has also been a huge morale boost. We were this tiny voice out there in the middle of nowhere. Now already we have had interest from Hollywood and beyond. We’re just so happy that people with so much experience in the industry like our movie.

What horror film has had the biggest impact on you and why?

The dreaded favourite movie question! So many films to choose from… Well, I think my love of horror movies began with the old Saturday night double bills on British TV as a kid in the 1970s which introduced me to ‘The Wolf Man’ and other Universal horror movies, and of course Hammer horror films which were a huge influence. In terms of directors I am a big fan of David Cronenberg, George A Romero, Dario Argento, Werner Herzog, Brian DePalma and Alfred Hitchcock. Anyone who has a distinctive style of their own, basically.

We have just finished shooting our second feature, a post-apocalyptic sci-fi horror film called ‘Day of the Clones’. We filmed the entire movie during the pandemic lockdown in Manchester all through winter, so we have lots of fantastic scenes of an empty city centre. It’s a bigger picture than ‘Boy #5’, and was made under very challenging conditions with lots of stunts, special effects and even animals, so I’m very interested to see how the edit turns out!

‘Boy #5’ will have its World Premiere at Arrow Video FrightFest on Saturday 28th August at 10.50am on Discovery Screen One. For more information and tickets, please visit https://www.frightfest.co.uk/holdingfolder2/Boy5.html.