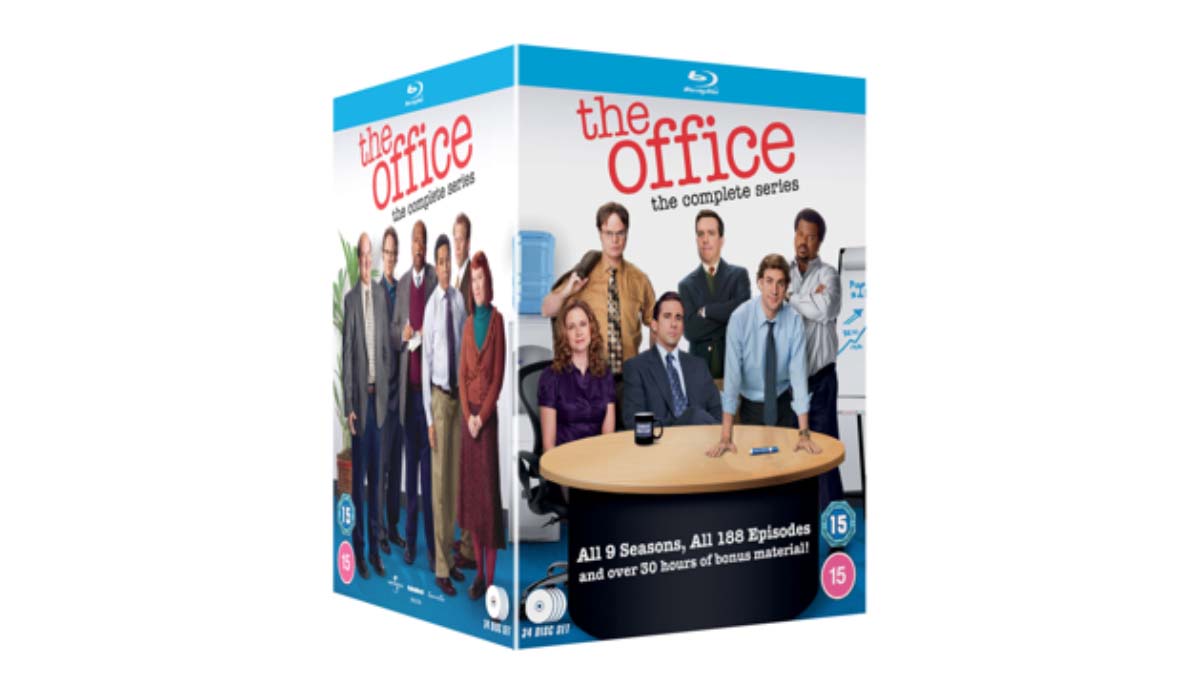 All 9 Seasons, all 188 episodes, over 30 hours of bonus material including 19 hours of deleted scenes, bonus commentaries, webisodes and blooper reels that are guaranteed to leave you satisfied and smiling, that’s what she said…!! ‘The Office: The Complete Series’ is being released on Blu-ray on Monday 5th July 2021 by Fabulous Films Ltd / Fremantle Media Enterprises.

A favourite of critics and audiences alike. ‘The Office (U.S.)’ is a documentary style look at the humorous and sometimes poignant foolishness that plagues the 9 – 5 world.

Relive every one of your favourite moments, including Michael Scott’s (Steve Carell) infamous encounter with a breakfast grill, Dwight’s power plays, Jim’s pranks, Andy’s struggles with anger management, and of course, Pam and Jim’s evolving romance.

Having first been created in the UK by Ricky Gervais and Stephen Merchant, ‘The Office’ has been remade in Finland, India, Canada, Chile, Czech Republic, France, Germany, Israel, and  Sweden. The U.S. version developed by Primetime Emmy Award Winner Greg Daniels is the longest-running of all the remakes.

‘The Office’ launched the careers of many actors such as John Krasinski (Jim Halpert) and Mindy Kaling (Kelly Kapoor) who have both since been nominated in Time Magazine’s 100 most influential people in the world, Ellie Kemper (Erin Hannon) who went on to star in the twenty times Primetime Emmy Award nominated show ‘Unbreakable Kimmy Schmidt’. Jenna Fischer (Pam Beesly) and Angela Kinsey (Angela Martin) who now do a podcast called ‘Office Ladies’ discussing a different episode of ‘The Office’ each week, B.J.Novak (Ryan Howard) who is now a published author as well as a show writer and he’s still acting and Phyllis Smith (Phyllis Vance) who got offered her role in ‘The Office’ when she was working in the casting department reading lines with potential actors for show.

To celebrate the release, we’ve got one Blu-ray boxset to give away. Enter below for a chance to win…

In this article:The Office