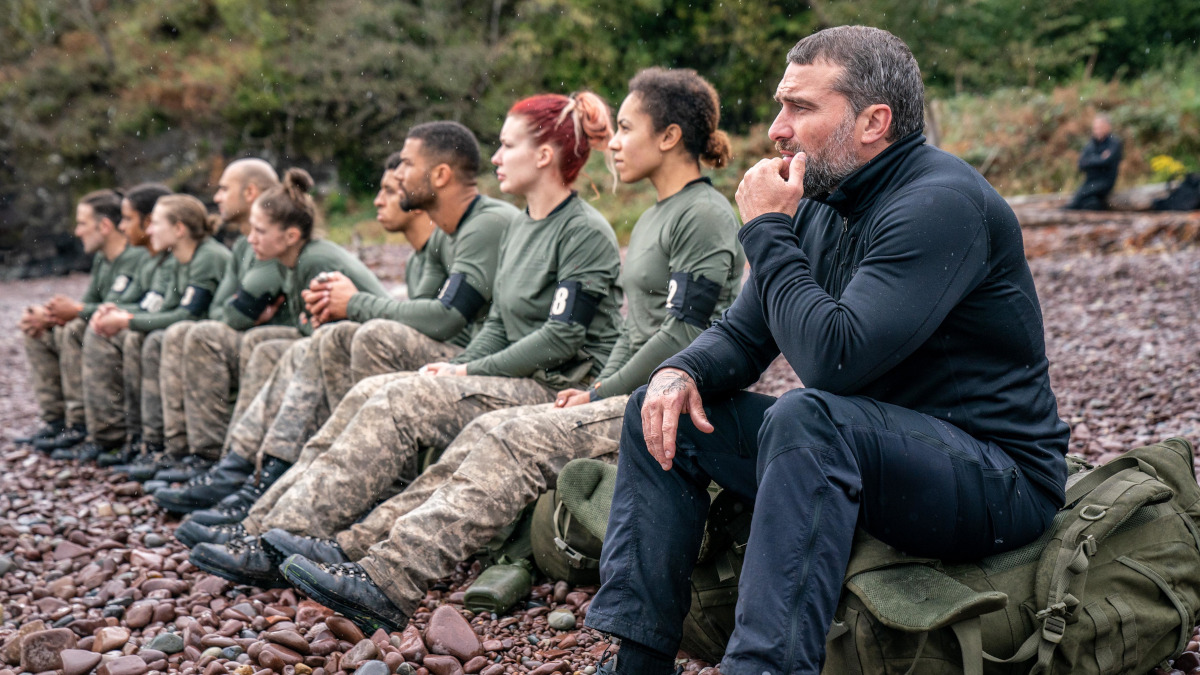 SAS: Who Dares Wins season 6 continued last night on Channel 4 as the remaining recruits moved into phase 3. They faced plenty more challenges before the identity of the mole was revealed.

In episode 3, the theme was control. The first challenge was a night time backwards dive into freezing water. Ant demonstrated what was required and then it was the turn of the recruits. Many recruits managed to impress while Number 6, Anthony (the mole) purposely messed up to help keep his real identity a secret. Number 20, Hannah really struggled and bottled it as she fell which led to her entering the water feet first.

The DS (Directing Staff), brought Hannah in for questioning. She explained part of her reason for taking part was to try and better understand the experiences her ex-Marine husband had been through.

The next challenge was the illusion jump. This saw the recruits jumping a gap on the side of a cliff. The challenge really tested their ability to stay in control of their fear and most of the recruits impressed. During Anthony’s attempt, Ant took the opportunity to obtain a few more snippets of inside information.

This was followed by a beasting through freezing water and a 3km run back to their vehicles. Number 2, John lagged at the back but managed to overtake Number 14, Jamie. The DS were disappointed in Jamie and later brought him in for questioning. He revealed he had suffered abuse by his football coach as a child and had only recently been able to deal with it. The DS agreed he had been incredibly brave and encouraged him to push on.

Before the next challenge, Ant gave the recruits yet another opportunity to surrender their armbands. Completely by surprise, Number 15, Alan stepped forward and left the course.

The final challenge, the Redman, was to test the recruits ability to turn their aggression on and off when needed. Anthony was chosen as the Redman and donned a suit of red body armour. Each recruit was then brought to him and told to deal as much punishment as they could before stopping on command. Some of the recruits really impressed by letting out their pent-up anger. John went hard and appeared to break his wrist and had to be withdrawn from the course.

At the end of the episode, the DS brought the recruits into the courtyard and revealed that Anthony was actually their mole. He will now be joining the DS team for the remaining phases.

In episode 4, the remaining recruits are placed in pairs as they take on the threat of chemical warfare, with exposure to CS gas, and perform a fast-paced extraction in near-freezing water. Those who cannot work properly as a pair will be removed from the selection immediately.

For the final part of this phase, the pairs are separated and pitted against each other in brutal hand-to-hand combat.

SAS: Who Dares Wins series 6 continues at 9pm Sunday 30th May 2021 on Channel 4. Preview episode 4 with our gallery: