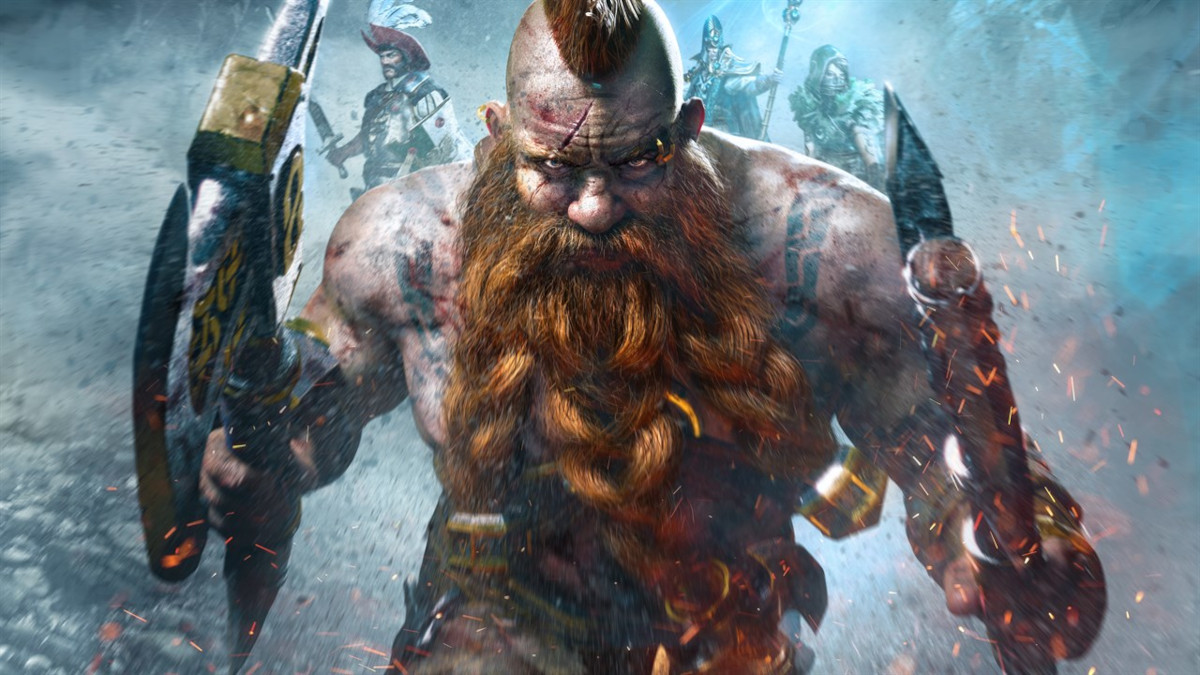 The March edition of White Dwarf will come with all of the usual news, battle reports and painting guides as you would expect from the long running Games Workshop publication. What you might not expect is the addittion of a unique Steam code that will grant you ownership of twelve Warhammer themed games.

The games on offer cover both Warhammer fantasy and 40k and should have something for every fan of either Warhammer universe. I won’t lie, not all of the titles are great but there are three that stand out and don’t forget that this Steam key is completely free.

For me, the three standout games are Warhammer: Vermintide 2, Warhammer 40k: Dawn of War and Total War: Warhammer 1. All of these games offer a different style of play to each other and have scored very well on Steam over the years.

The twelve games included with the free key are:

The critically acclaimed Vermintide 2 is a visually stunning melee action game. Fight as one of five heroes against countless hordes of skaven and legions of Chaos in a game that pushes the genre’s boundaries.

Take on the role of Captain Titus of the Ultramarines Chapter, as he seeks to counter the threat of an Ork invasion on a valuable forge world. This violent third-person action game brings the Warhammer 40,000 setting to life like never before.

This classic game started a successful real-time strategy franchise with several instalments and expansions. Create an army from a variety of factions in the 41st Millennium and fight through single-player campaigns. Ready for a challenge? Pit your forces against online opponents in the thriving community.

Thrill to visually stunning battles in the world-that-was. The real-time strategy action plays out in single-player campaigns, full of larger-than-life heroes, mighty beasts, and dazzling displays of magic. Take the fight online to match wits against other players from around the world.

Lead a warband of fighters as they seek glory in this brilliant adaptation of the deck-building strategy board game. Match up with other players or practice against a computer-controlled warband to hone your techniques and test out new tactics and card combos

Based directly on the venerable tabletop board game, Warhammer Quest is a nostalgic blend of fantasy, dungeon-crawling adventure, and co-operative strategy. Adventure through hazardous dungeons as you search for both treasure and glory.

This sequel to the turn-based strategy classic brings a new storyline, enhanced graphics, and deeper gameplay to the tried-and-true Warhammer Quest formula.

The is a faithful digital adaptation of the classic fantasy adventure board game, Talisman. You and your friends take on the role of adventurers, tackling a wide variety of adversaries and collecting magical treasures to reach the centre of the board. Work together or strike out on your own – only one can claim ultimate glory.

This turn-based strategy game puts you in the cockpit of a mighty god-machine, one of the strongest weapons in the galaxy. Unleash the fury of weapons capable of taking on an entire army of foes.

Sanctus Reach tells the saga of the Space Wolves as they fight to defend a stronghold of the Imperium against endless tides of Orks. The battle-scale turn-based game plays out in a classic grid format, with a massive variety of units to choose from on each side.

This delightfully old-school 2D hex-based strategy game recreates the epic battle for Armageddon. You’ll find everything from lowly foot soldiers to super-heavy tanks and Titans – each has a role to play in your turn-based strategy.

Collect cards to unlock units, wargear, and special abilities, then unleash your Space Wolf warriors against the perfidious forces of Chaos Space Marines. Take part in a single-player campaign, then sharpen your fangs with a survival mode or test your mettle against other players.

The descriptions of the games are taken directly from the Warhammer Community website.