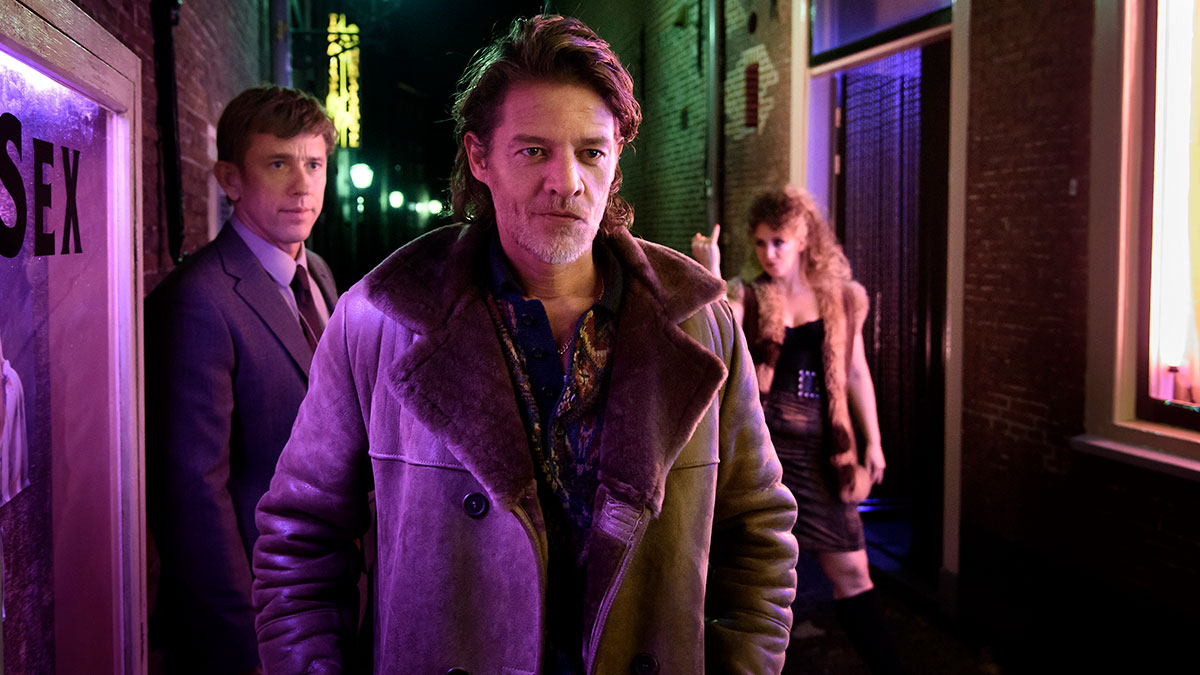 The words Amsterdam and vice are pretty much synonymous with each other. The Dutch capital, for all the tulips, clogs and canals that attract the majority of tourists, has always been associated with the sleezier side of life.

Many might say that their open and frank attitude towards the sex industry is actually far healthier than outlawing it and keeping it under wraps. That’s an argument for another time – but for now, the seedy Dutch streets are the spicy backdrop for ‘Amsterdam Vice’, an entertaining drama from the Walter Presents stable.

Reviews I read before viewing the opening episode made comparisons to our own ‘Life On Mars series’, where a modern-day copper – John Simm – finds himself time-travelling back to 1973 where he partners with tyrannical Philip Glenister. There’s no time-travel in Amsterdam Vice, but it’s a similar case of the naïve and wet-behind-the-ears officer (Waldermar Torenstra as Jurre de Cock) paired up with the experienced and world-weary older man (Tygo Gernandt as Tonnie Montijn). They don’t get on at first, but a grudging respect grows over time – you know the sort of thing.

Set in 1980, we join the show a week or so before a Dutch Royal ceremony is about to take place in Amsterdam, and the police are worried that militant squatters are plotting to ruin the party. And when de Cock tackles a criminal, literally knocking them both into the canal, they surface to discover a third – very dead – body floating in the canal too. Further investigations into the identity of the corpse lead them to a storage unit when plans are discovered that suggest the plot to jeopardise the royal event are more fully formed that they thought.

This isn’t a dark, Nordic style thriller – it’s far more light-hearted and comedic than that. Parts of it are laugh-out-loud funny. And de Cock’s surname is right out of a ‘Carry On’ film. But it’s nicely acted and well written. It’s based on a series of books by A C Baantjer, the most successful Dutch book franchise ever, and that no doubt gives the characters more complexity. And apparently it’s partially based on true events, which is quite remarkable.

It’s all engaging and a frivolous fun, that is until we reach the final scene. Here, de Cock makes what appears to be a horrendous error of judgement and a police raid on a squatter’s property goes horribly wrong resulting in an explosion that injures numerous officers. All of a sudden, the show takes on a far more sinister tone.

The setting, the acting, the writing – all are top drawer. This is a bit different from WP’s usual offering, but I thoroughly enjoyed the opening episode.

Walter Presents: ‘Amsterdam Vice’ is available as a boxset now on All 4.