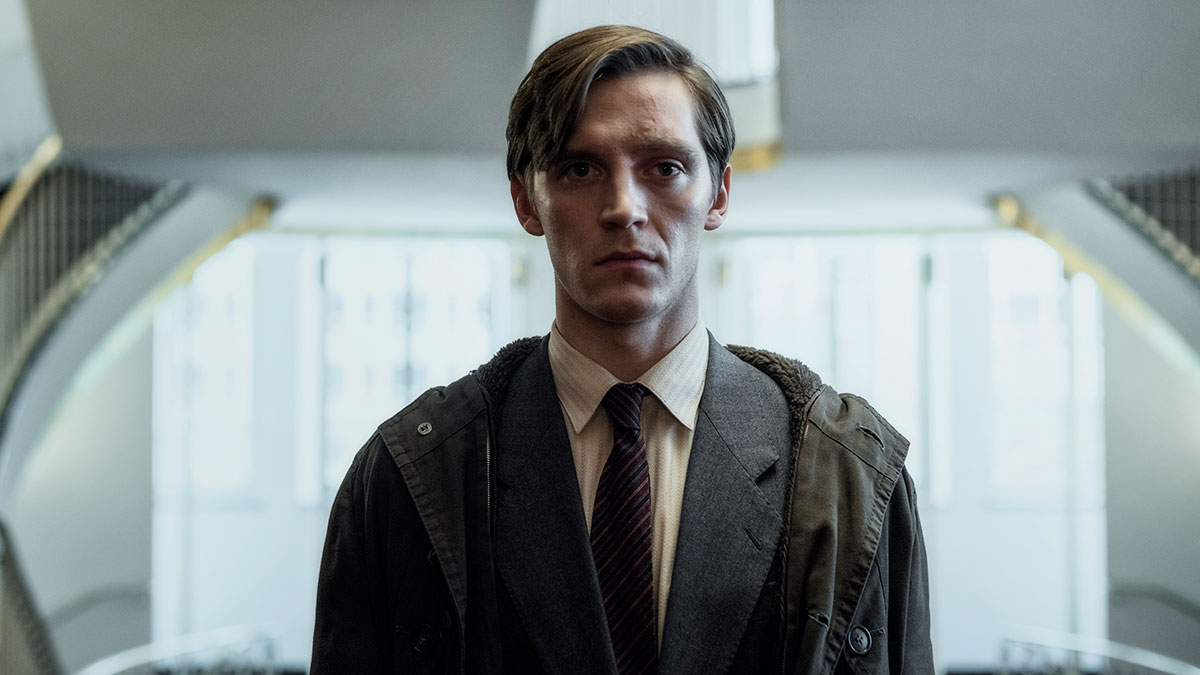 The third (and final) instalment of the wonderful ‘Deutschland’ series brings us up to 1989 – the year, of course, that the Berlin Wall crumbled. After the incredible successes of the ’83 and ’86 vintages, this new kid on the block has big boots to fill – particularly as the opening series was apparently the highest rated foreign-language drama on UK television.

If you’re familiar with the earlier versions, you will recognise all the usual familiar faces – Jonas Nay as Martin Rauch, Maria Schrader as his aunt, Lenora Rauch, the fabulous Sylvester Groth as Walter Schweppenstette, and Martin’s mother, Ingrid, played by Carina Wiese. So, there’s an instant familiarity with the characters; they’re a little older (not necessarily wiser), but the characters remain believable and endearing.

If I’m honest, it’s a little hard to fathom quite what’s going on in episode one at times, but I’m sure the pieces will fall into place as the series develops. The backdrop is that the East German government has reversed a decision essentially banning foreign travel to its citizens, resulting in hundreds of people storming the border gates. The guards are over-whelmed, and people start streaming through to the West.

Meanwhile Martin is drafted in – against his will – to copy a secret document that’s being transported to the GDR government. But the authorities are threatening to deport his son, Max, to Moscow to be with his mother, so Martin reluctantly does as he’s told and complies. There i plenty of intrigue and the usual spy trappings – a cigarette case packed with lethal cigarettes, droplets of poison deposited into coffee cups and wine glasses – it’s all very John le Carre. But as with ’83 and ’86, the script and the look of the series is just spot-on – the cars, the fashions, the 80s industrial music – it’s a feast for the eyes and ears.

Martin’s Aunt, Lenora, is in prison where she mostly watches TV and smokes cigarettes (the nicotine budget on these shows must be huge). We see little of her in episode 1, but I suspect she will have a larger role to play later in the series.

As with the previous seasons, the creators are Anna and Jörg Winger (Anna was also the brains behind ‘Unorthodox’, the brilliant story of a disillusioned Jewish woman that’s currently on Netflix) and that consistency of creators and cast that has ensured delivery of another stupendous chapter of this series.

There was never any likelihood of this being anything less than brilliant; and whilst the opening episode doesn’t give too much away, you just know we’re going to be awarded with an engaging storyline. If you enjoyed the previous versions as much as I did, then you’ll be delighted to see Martin and co back. Deutschland Uber Alles once again.

Walter Presents: ‘Deutschland 89’ will air weekly on More 4 at 9pm starting on Friday 5th March 2021. The full boxset will be available on All 4 after transmission of the first episode.

Advertisement. Scroll to continue reading.
In this article:Deutschland 89, Walter Presents