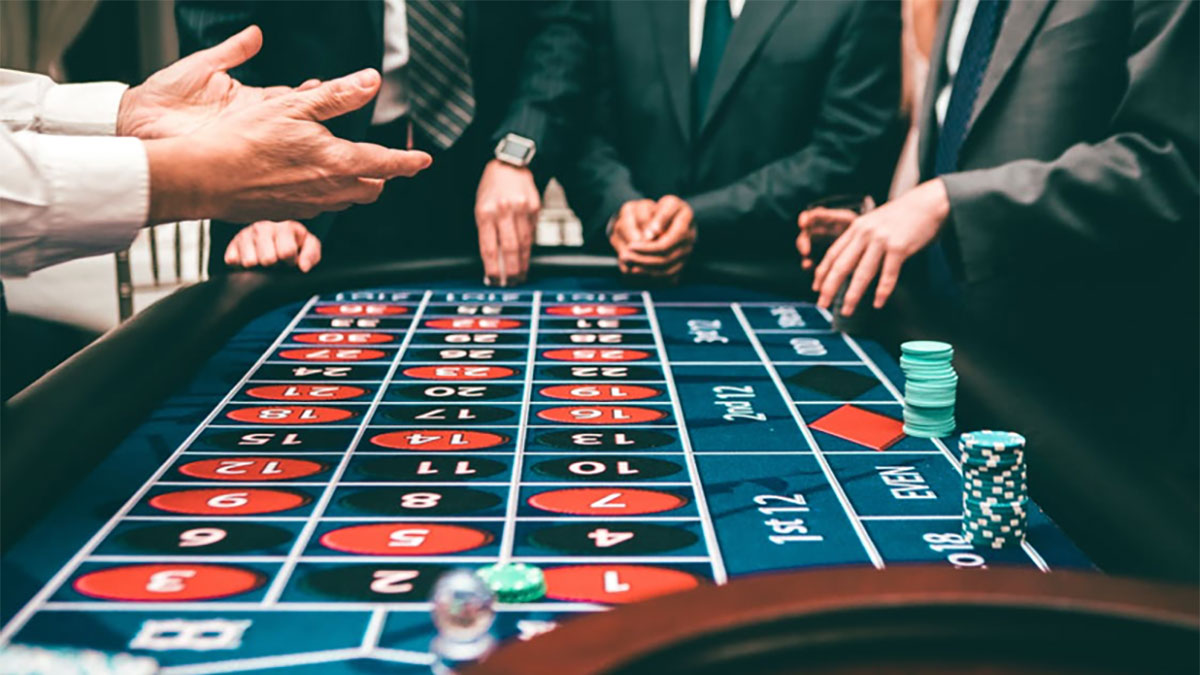 It’s true to say that the entertainment industry, in general, is influenced by many different factors. Industries, like music, games and film, can also influence and inspire each other.

An obvious example of this is referenced in the article ‘The Sound of Music: Composers Reveal how to Collaborate for Inspiring Results’.

Here, author Marie Dealessandri explains that the films and games she watches, and plays are often inspired from the music used within them. Rather than other forms of advertisements like demos and trailers.

To demonstrate this point, the music from the video game ‘Legend of Zelda: Symphony of the Goddess’ proved so popular, a concert was created. Of which, all 3,723 seats were taken.

There was a time when people were somewhat uptight about the very idea of a casino. Thankfully, this attitude has changed over the years, as gambling’s legislation has become more common.

Many people now actively gamble as a leisure activity, particularly in e-sports and i-gaming. With this came the opportunity for casinos to have more significant influence over different forms of entertainment.

Two areas where this is particularly prevalent is TV and cinema.

The film ’21’ goes back to a story surrounding a group of MIT students who learned to count cards in blackjack. Later, they used this to win millions at different Vegas Casinos, which they documented in their book ‘Bringing Down the House’.

This eventually became one of the top casino movies ever.

Other movies that included scenes or plots from land-based casinos include ‘Ocean’s Trilogy’. Most of the James Bond movies are particularly famous for featuring poker games.

Some movies are entirely based around casino games, such as ‘Rounders’, where characters attempt to win money to pay off debts. Other films which prominently feature casino games are Sin City and both versions of ‘The Godfather’.

There are now many popular film titles that include gambling scenes, mainly to add tension and suspense to the film.

As mentioned already, some films are entirely based around gambling. In contrast, others may only feature one or two scenes involving games like baccarat, poker, roulette and blackjack.

Some which are definitely worth watching include ‘The Gambler’, ‘Stacy’s Knights’, ‘The Hangover’ and ‘The Sting’. They’re all a great source of entertainment, but for the more serious player, these movies can provide strategies and tips for games.

You may be surprised to hear, but the gambling world has also inspired many music areas over the years. Notably, the titles of songs.

Perhaps the song with the strongest gambling connotation is ‘The Gambler’ by Kenny Rogers.

This is evident by the lyrics, which reference things like ‘folding’, ‘hold ’em’ and knowing when to walk (or run) away. Providing much-needed inspiration to players since its release in 1978, there are now very few poker casinos that don’t use it.

Like ‘The Ace of Spades’ by Motorheads, other songs are also clearly influenced by gambling. Songs, such as ‘Luck be a Lady’ by the one and only Frank Sinatra, are a more subtle reference to gambling.

Nevertheless, they still make ideal background music for your favourite game. You might also be pleased to know that Sinatra himself was a great fan of Vegas!

A more up to date tribute to gambling is referenced in the 2009 Katy Perry song ‘Waking up in Vegas’. A song which is widely used in many different casinos.

Films have the Power to Inspire Audiences

Other forms of entertainment have helped casinos to grow in popularity.

The classic James Bond films include various casino scenes all which have captivated an audience and encouraged some to go and try play casino games themselves. Fanatics of the films can also begin playing straight after they watch the films by accessing a site like online casino Canada, a site that is host to various casino games like the table games seen in the films!

On the other hand, some casino games have been influenced by other forms of entertainment. This is particularly true for slot games, which often take inspiration from popular TV shows and sports.

The casino industry is also inspired by entertainment, especially slot machine games who are themed around popular TV shows or music artists.

You may recognise TV programs on casino slot games including ‘Deal or No Deal’ and ‘Who Wants to Be a Millionaire’. You might also spot films such as ‘Jumanji’ or the ‘Ghostbusters’ film.

Sports like the Grand National and football are also popular in slot games. Even other types of entertainment, like books or famous musical artists, are known to be featured!

The inspiration from movies

Particularly, TV and cinema can influence industries like casinos. The latter is particularly well known for some blockbusters which are entirely centred around gambling.

Or just feature one or two scenes, perhaps the most well-known being the Bond franchise. Surprisingly, the same can be said for the music sector.

Which has inspired many gambling-related songs from the blindingly obvious ‘Ace of Spades’ by Motorheads, to the more subtle Sinatra classic ‘Luck be a Lady’.

This has all gone on to inspire people to try their luck in a casino, perhaps. Equally, casinos have been influenced by popular entertainment, which is apparent just by looking at the slots section of any online gambling platform.

Here, you’ll see all the themed games that have taken inspiration from other genres.