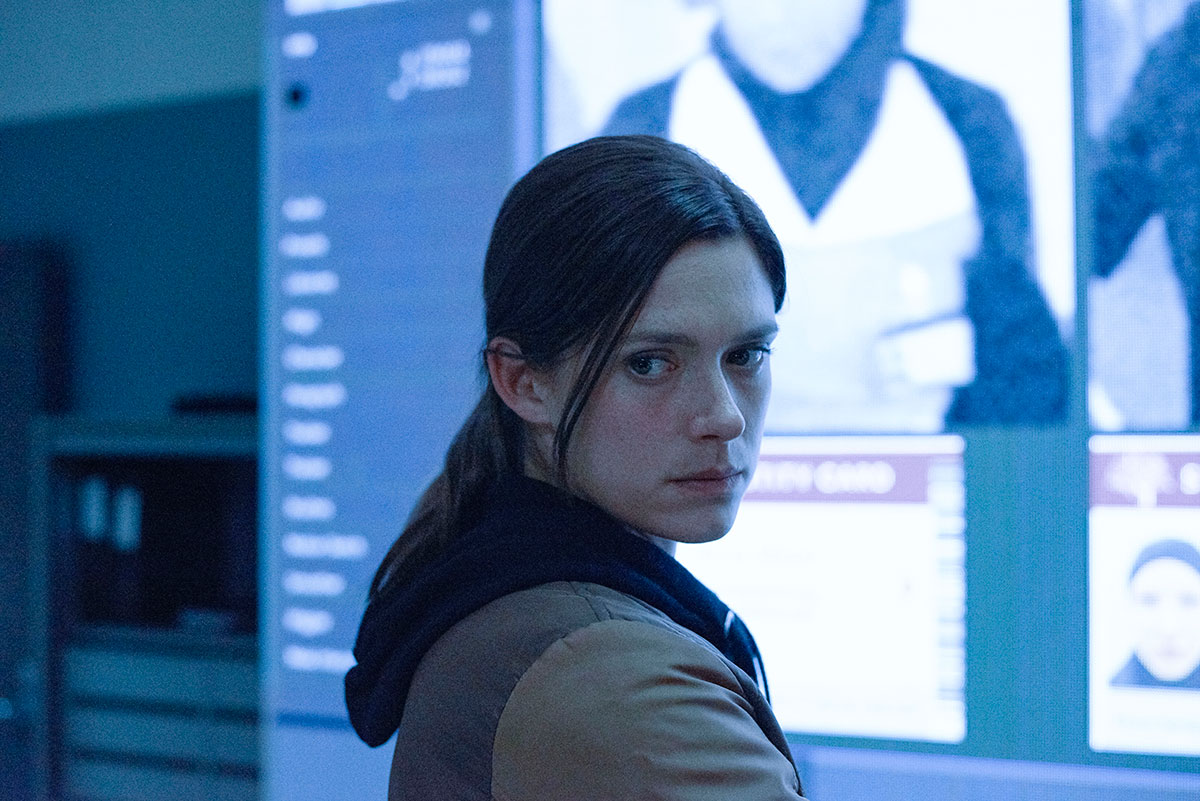 Krista Kosonen stars in the latest Walter Presents drama, ‘Bullets’, as Mari – an undercover cop who has to befriend a suspected female terrorist who has claimed political asylum in Finland. I caught up with her to ask her about this excellent new drama.  Of course, it’s new to us in the UK, but actually the series was shot in 2018, as Krista explains:

“I hope I can remember about it, because it was three years ago! But it’s great that the show is being shown over there. It came as a surprise to me, but it’s wonderful.”

I asked Krista about the dynamics of the show. It’s more than a normal noir thriller, because it’s the story of the relationship between two women who are very different on the face of it, but who actually have much in common:

“Yes, the whole juice of the show is the relationship between the two women. My character is a lone wolf; she doesn’t really have any family, she’s not socially skilled and doesn’t find it easy to make friends. The most interesting part of the series for me as an actor was that relationship between two women from different backgrounds – two lone women brought together in cold Finland. There are so many crime thrillers or Nordic Noir out there, but this (the relationship between the two characters) makes it stand out. And I particularly wanted to work with Sibel Kekilli (who plays the terrorist, Madina – and who ‘Game Of Thrones’ fans will recognise as Shae in that series). She’s amazing.”

I commented about some humorous touches in the show that elevate it from being constantly dark and overly bleak; there is one scene where three cops are eating birthday cake whilst doing a stake out.

“I think that’s Tommi and Jani (Tommi Korpela and Jani Volanen – who both play detectives in the show). They’ve done a lot of comedy, and I think they brought in that element to the show. They have a way of looking at things with that dark humour; we have a very dark sense of humour in Finland.”

“Yes and no. Comedy is the most difficult of genres – if people don’t laugh, it doesn’t work. It’s all about the rhythm. Putous was created by Jani Volanen, too. It was very interesting for me to do Putous when I was in theatre academy because I did it with brilliant actors for five years and I learned so much. The show is still going on today. But being on a show like that, it’s very difficult for people to see you in anything else – so five years was enough for me. But I do love comedy.”

The new year sees Krista returning to a different role – that of a time-travelling farmer’s wife from the 11th century in the show ‘Beforeigners’ – a role for which she received a nomination for Best Actress in a Norwegian Series.

“I’m going back to Norway next week to shoot the second series of ‘Beforeigners’. I speak in Norwegian and Old Norse, an ancient Viking language. I love that show – it’s very unique. And she’s a real fun character to play.”

Finally, during these challenging times, quizzes have been a popular way to pass the time. Therefore, being from Espoo in Finland, I tested Krista about her knowledge of her hometown. Kimi Räikkönen comes from Espoo. Does Krista know what team Kimi won the Formula One World Championships with in 2007?

Correct – very good. Secondly, what is the official animal of Espoo?

Actually, neither of those – it’s the Siberian flying squirrel. Obviously!

“Really? I wonder why? That’s very interesting to know, I didn’t know that. Thank you for this Espoo information!”

I like to think Krista will now amaze her fellow Finns with this incredible piece of knowledge, but more likely she’ll think I’m just a crazy Englishman and dismiss it instantly.

But don’t you dismiss ‘Bullets’ – it’s more than just a crime drama. The writers took five years to create the show, and that time was well-spent in creating fully rounded and interesting characters. Krista is excellent in the lead role (for which she received a nomination for best actress at the Kultainen Venla awards) and I look forward to seeing the entire series later this month.

‘Bullets’ will be available via Walter Present on All 4 from 29th January 2021.