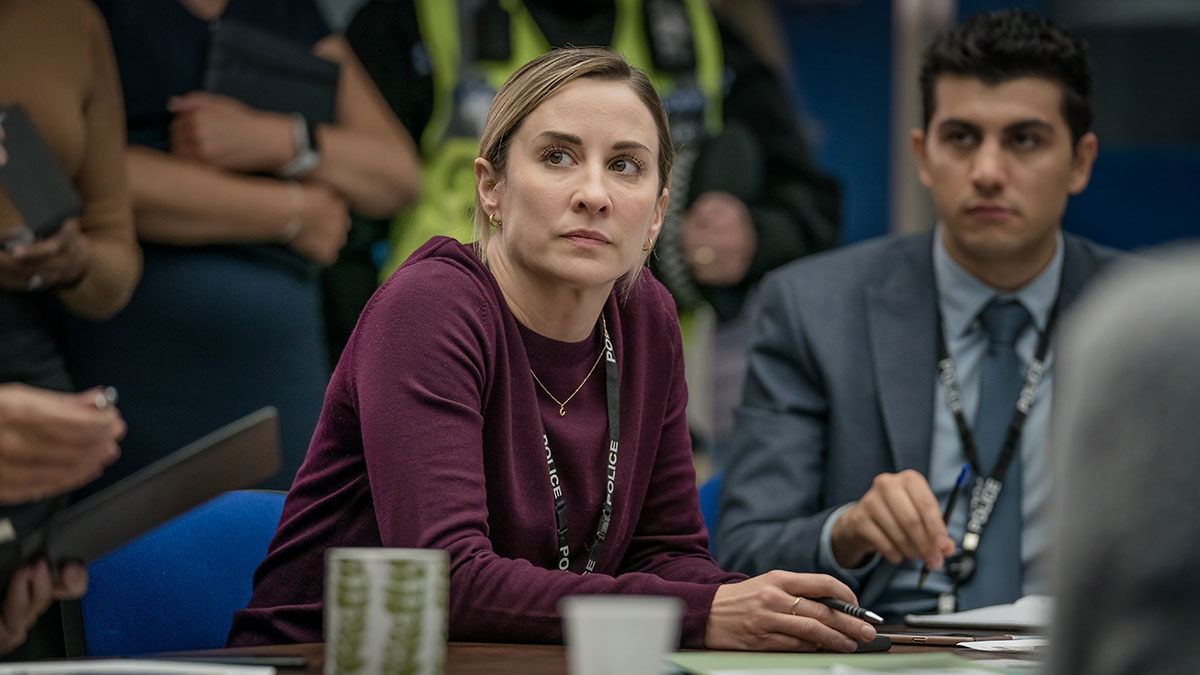 ‘The Bay‘ returned tonight and the second series wasted no time giving us an intriguing whodunnit.

Lisa Armstrong (Morven Christie) was back to work following the events of series one, which saw her demoted after breaking a few too many rules. She was assigned to a murder case after Stephen Marshbrook (Stephen Tomkinson) was shot in the face by a fake delivery man on his doorstep during a family BBQ.

Now reporting to Med (Taheen Modak), Lisa struggled to be part of a team rather than leading it and the two clashed as the investigation got underway.

While on a knife-edge at work, Lisa was less than pleased to discover that her ex-husband Andy (Joe Absolom) had returned and it looks like she’s in for a rough ride in her personal and professional lives.

Determined to ignore Andy’s unexpected arrival the night before, Lisa throws herself into the case and discovers a significant lead from her only eyewitness.  The new information opens up the investigation and the team uncover vital evidence, forcing them to deal with a difficult suspect.  Meanwhile, Lisa questions Andy’s motives as he remains determined to rebuild a relationship with his family, whilst Penny discovers she is being kept in the dark by Lisa and the kids.

‘The Bay’ continues at 9pm Wednesday on ITV or you can watch the full series on ITV Hub now. Preview it with our gallery below: