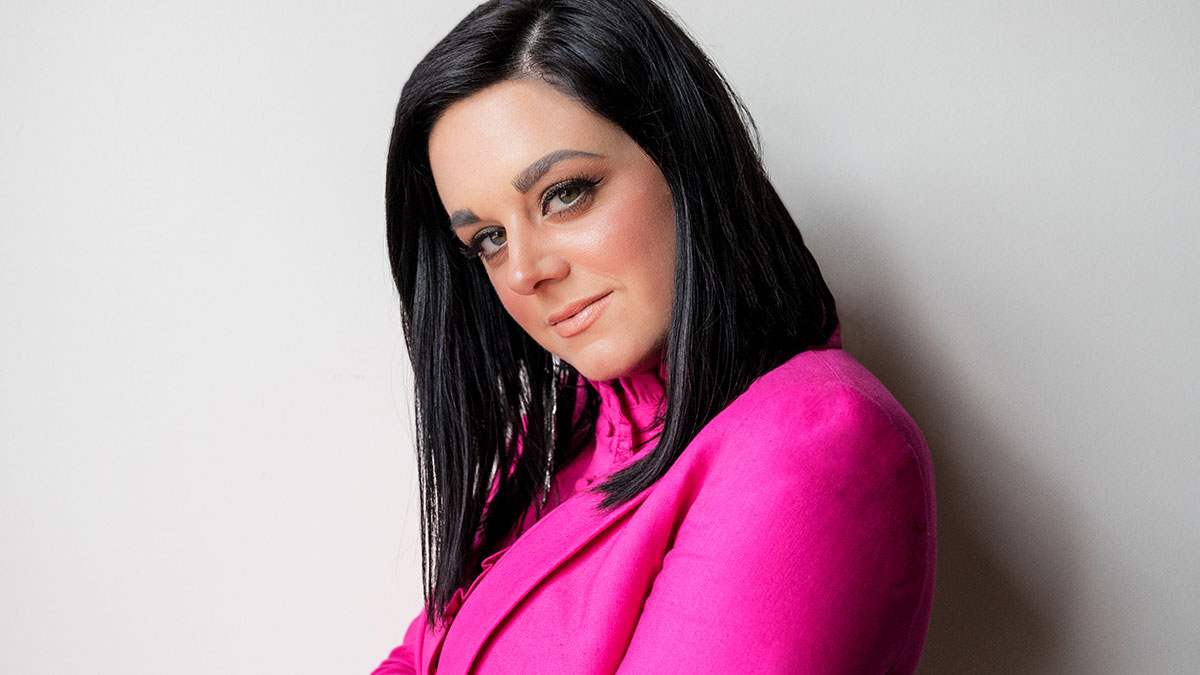 Rising Country star Liv Charette is really gaining traction since the release of her song ‘That Kind Of Song’.

Yesterday she released her new single ‘Bulletproof’ and it promises to take the Canadian artist to the next level in her career. The song is available to download and stream now.

I caught up with Liv to talk about ‘Bulletproof’, discuss the success of ‘That Kind of Song’ and to find out what it was was like working with the late Andrew Dorff…

Hi Liv. How are you today and how have you been coping during the pandemic?

I’m doing great! While it’s a struggle to not be able to play live shows, I have used the time to connect with my fan base through live streams and social media. I also joined TikTok and have used that as a way to interact with fans.  If this pandemic has taught me anything, it is to wake up each morning with a grateful heart and to celebrate each milestone as it comes. I am so excited to be putting new music out in the world and lots of cool things in the works!

Your new single ‘Bulletproof’ will be released later this month. What’s the song all about and why did you decide to record it?

‘Bulletproof’ is the age-old story of a romantic love gone wrong, sung from the girl’s perspective from both a vulnerable and empowering place.  She admits that her ex broke her heart, but that what hurts even more is that he has moved on and doesn’t seem to be phased by the breakup at all. When this song was pitched to me, I was immediately drawn to its edgier vibe and its relatability, and I knew it was a story that needed to be told.

The track will be featured on your upcoming EP. What can you tell us about the EP and when can we expect to hear it?

I’ve been in the studio recording some music that I’m really proud of and I can’t wait to be able to share it.  I can’t say much just yet about my new project, but I will say that 2021 is gearing up to be super exciting!

Your debut single ‘That Kind Of Song’ has now had more than 100,000 streams. How do you feel about the reaction the song has had?

From the first moment I heard the demo for ‘That Kind of Song’, I knew it was something special.  It has been a dream come true to hit 100,000 streams, but even more so to know that, as an artist, others have connected to this beautiful song and its story as much as I have. I am beyond grateful!

The song was co-written by the late Andrew Dorff. What was it like to record something by such an iconic writer?

As an artist and songwriter, it is rare to find outside songs that connect to you on a deeper level and truly represent who you are and what you want to say.  Though I never got to meet Andrew, I feel like I’ve gotten to know him through his music. He has so many songs in his catalog where you say, “I wish I had written that”.  His father, Steve Dorff, a legendary songwriter in his own right, held on to ‘That Kind of Song’ for 10 years and tried it with a few other artists before it found its home in me.  To have been entrusted to be the voice of this song means more than I can ever put into words.

When did you first know you wanted to pursue music and what’s that journey been like?

Music has always been in my blood, but I think I really came to it around the age 14 when I hung up my skates after 11 years of being a competitive figure skater and shifted my focus towards music.  I grew up listening to artists like Shania Twain and Trisha Yearwood and artists like them inspired me to pick up the guitar at 16 and start writing songs.  I made my first trip to Nashville in 2013 and moved here full time not long after.  The journey has been full of hard work and some ups and downs, but I definitely feel with this music and the team I have behind me, I know in my heart that I am right where I need to be.

You’ve been doing some live streams in the last few months. When can people watch you play next?

I’ve recently fallen in love with doing livestream shows because it has become one of the best ways to connect with an audience that can’t see you in person at a concert.  I am currently working on some pretty cool livestream plans that I can’t wait to share with everyone so stay tuned at www.livcharette.com. I also play lots of impromptu TikTok live sets, so be sure to follow me there at @livcharetteofficial!

I am excited to put ‘Bulletproof’ and the accompanying music video out into the world and play a few more live stream shows.  And you didn’t hear this from me… but there may be more music coming before the end of the year!

Liv Charette’s new single ‘Bulletproof’ is available now. Take a listen to it below:

Advertisement. Scroll to continue reading.
In this article:Featured, Liv Charette