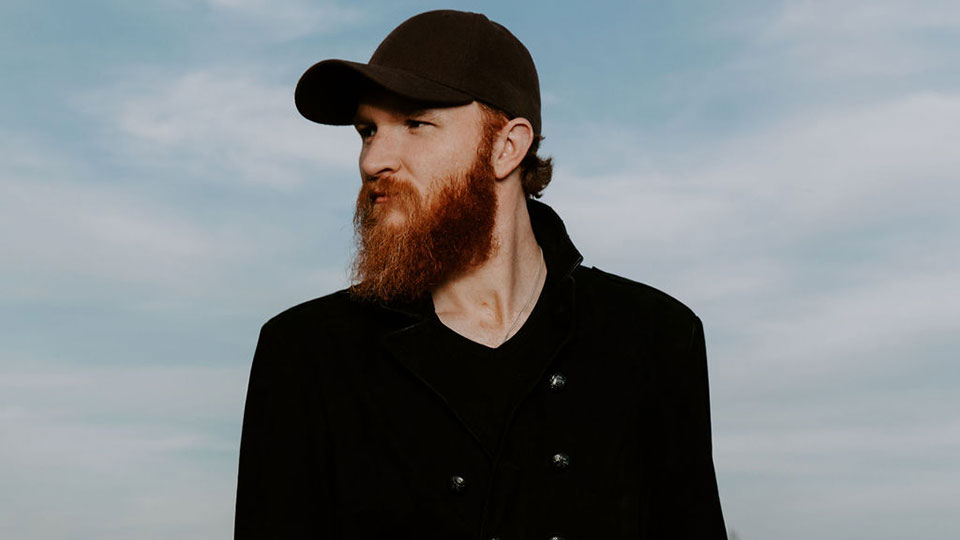 Eric Paslay albums are a little like buses: you wait ages for one and then two come along at once. After finding success as a songwriter for artists including Jake Owen and Eli Young Band, Paslay released his self-titled debut album in 2014, which reached the top 5 on the Billboard Country Albums chart, and toured extensively in the US and UK – most recently on his Nice Guy Tour last September. Last month he released his EP Heartbeat Higher – his first new music in almost two years – and now he’s followed it up with his sophmore album, also titled Nice Guy.

The record opens with Heartbeat Higher, the title track of Paslay’s recent EP, which features Sarah Buxton. It’s a laid-back, rock-influenced track which mixes twangy guitar with strings and synth effects and shows off Paslay’s distinctive vocals, including a slight gravelly edge and a plaintive feel towards the end which is echoed later in the album. He and Buxton have some great harmonies throughout, with her smooth, rich tones adding a nice balance (as well as some huge notes towards the end), and the big chorus with its crashing drums contrasts the mellow guitar outro really well.

One thing which particularly stood out to me about this album is the new directions Paslay takes his sound in. Boat In A Bottle, a hazy, tropical number with an anthemic chorus, wouldn’t sound out of place on a Kenny Chesney record and seems almost tailor-made for a hands-in-the-air crowd singalong at a live show. Elsewhere, there’s a classic country feel to the upbeat, lively Under Your Spell, which captures that feeling of falling in love and has a simple, effortless feel about it whilst being infectiously catchy, whilst the title track features a funky bass guitar line and plenty of playful swagger with a tongue-in-cheek humour that belies its serious message about struggling to get on in the music industry,

However, musically the strongest influence is 60s and 70s California rock. Endless Summer Dream, with its counted intro, distorted vocals and bluesy guitar solo, has an almost psychedelic feel to it (as well as nods to surfing culture and a reference to And The Beat Goes On), whilst Just Once has a classic rock vibe that reminds me of the classic Boys Of Summer as well as highlighting the soulful touches in Paslay’s voice. That sun-soaked style is reflected in many of the album’s lyrics, which feature a strong thread of nostalgia and looking back on summers of the past, such as the layered, romantic Off The Edge Of The Summer, which features Lucie Silvas. It’s packed full of references to wine bottles and beach bar bands, as well as featuring an atmospheric melody line that contrasts the lightness of the lyrics and a passionate vocal performance from Paslay including some huge notes towards the end.

What brings the whole thing together is Paslay’s ability as a songwriter. We know he’s incredibly gifted at crafting songs and he’s consistently able to strike a great balance between lighter melodies and darker lyrics (or vice versa) on this record. Fingertips is a particularly strong example of that, with some nice folky touches and a stripped-back feel. It comes across as a really personal song, talking about life as a musician and the importance of family and not giving up, and Paslay delivers the song with a ton of conviction which makes it very moving and gives it a universal quality that I’m sure will resonate with plenty of listeners. Meanwhile, the dreamy, chilled-out Wild And Young is full of details (the reference to Mardi Gras confetti being a particular standout) and highlights Paslay’s skill in building up characters within his songs that feel completely believable, as well as creating a timeless feel and showing off his vocal range yet again in the a capella finale.

For me one of the standout tracks comes early on with Paslay’s cover of Mike Posner’s I Took A Pill In Ibiza, which has a sparse, subdued feel and showcases his impressive vocal range. He really captures the cautionary tale element of the song, giving it an almost haunting quality – particularly in the acoustic-led final verse – and very much makes the song his own. On This Side Of Heaven, a ballad which initially reminds me of Little Big Town’s Girl Crush, is also a highlight. Paslay delivers the lyrics about the pain of losing a lost love with so much raw emotion and honesty that it’s impossible not to feel it tugging at your heartstrings, and the dramatic, string-laden ending is a great match to his downplayed vocals. In another artist’s hands this could have been really overblown but doing it this way only adds to the overall impact of the song.

The record finishes with Woman Like Her, which continues the homemade feel elsewhere on the album with its addition of recording noises and is reminiscent of Billy Joel’s She’s Always A Woman. It has a softer feel than much of the rest of the album, with some lovely turns of phrase and tons of warmth and affection in Paslay’s performance as he sings about the quirks of the woman he loves and how she made him a better man. It’s a lovely, positive note to finish the album on and in a way feels like the story of the record coming full circle, from being young lovers and going through breakups to finally finding the person who’s right for you.

Overall Eric Paslay has delivered a strong, summery sophomore record with Nice Guy, which continues much of what fans love about him – particularly his skill as a songwriter – whilst also pushing him in some new directions musically and maintaining a contemporary feel. His vocals really shine throughout, especially in the more simple arrangements, and there’s a good mix of fun, uptempo numbers along with emotional, slower tracks. My only criticism is that coming so close after the Heartbeat Higher EP, it would have been good to see more new music this time (although credit to Paslay for structuring the record so the EP tracks flow well with the rest). However, he’s come on leaps and bounds since his debut EP and I can’t wait to see where he goes from here – as well as hopefully hearing some of these songs live soon…

Track listing: 1. Heartbeat Higher (featuring Sarah Buxton) 2. Boat In A Bottle 3. I Took A Pill In Ibiza 4. Off The Edge Of The Summer (featuring Lucie Silvas) 5. Just Once 6. Nice Guy 7. Under Your Spell 8. Fingertips 9. Wild And Young 10. Endless Summer Dream 11. On This Side Of Heaven 12. Woman Like Her Record label: Paso Fino Records Release date: 14th August 2020