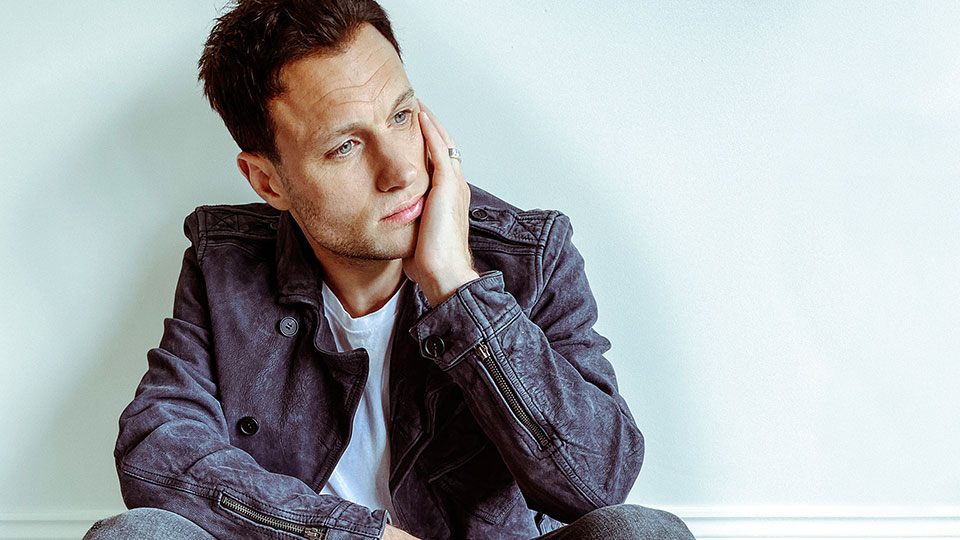 Jamie Scott may not be a name you instantly recognise but I can guarantee you’ve heard his songs. Originally signed to Sony, Scott was due to release his debut album Soul Searching in 2005 but the release was shelved when the singles from the project didn’t chart as well as the label wanted. Over the years Scott has recorded and performed as Jamie Scott & The Town and Graffiti6, and in 2014 he released solo album My Hurricane. Even though he’s not got the traction he deserves as a recording artist, he’s had great success penning hits for the likes of One Direction, Niall Horan, Enrique Iglesias and Rag ‘n’ Bone Man.

Turning his attention back to his own recording career, Scott today releases How Still the River, a collection of songs originally written for other artists but never made it onto projects (with the exception of Fool’s Gold, which was recorded by One Direction). These are all songs that Scott has kept in the vaults and marked out as ones he loves. When I spoke to him earlier in the year, he explained that he wanted these songs to have their moments so he decided to record them himself.

What I’ve always found interesting about Scott is that you can spot one of his songs a mile off. He has a distinctive style so when other artists record his work, his influence is always felt. That’s evident on Fool’s Gold, a song that appeared on One Direction’s 2014 album Four. In Scott’s hands it’s a stripped-down affair that packs a lot more heart and emotion, and, dare I say, it’s the superior version of the song.

How Still the River opens with This Time Lucky and it’s a beautiful start to the record. Scott has such a soulful voice and his delivery is always nuanced. He moves between his upper register and his mid-range, and it sounds stunning. Scott knows that less is more and to be honest, with a voice like that, he doesn’t need a whole lot of instrumentation to support him. Emily, written with Hudson Taylor, is a folky guitar ballad that again emphasises just how fantastic a vocalist (and songwriter) Scott is.

Elsewhere on the record I Never Want to Hurt Again Like This is a sumptuous and heartfelt ballad, lead single Friendly Fire details the brutal demise of a relationship, and Feel So Good is a dreamy slice of alt-folk with reverb-filled vocals and a gentle beat. New York Nights is one of the more uptempo moments, allowing Scott to show the power of his voice and a little jazz influence in the production.

The album comes to a close with the one-two punch of the gorgeous Song for a Friend, a tribute to Scott’s mentor Toby Smith, and the beat-laden I Was There, an uplifting instrumental track that finishes the record on a high note.

How Still the River is further proof that Scott is one of the UK’s most under-rated talents. He gets plenty of recognition for his songwriting but as an artist he’s never had the moment to shine that he deserves. Scott is one of the best vocalists the UK has produced and his songwriting is in a league of its own. Perhaps with How Still the River, he’ll finally get the recognition he has long deserved.

Track list: 1. This Time Lucky 2. Emily 3. New York Nights 4. I Never Want to Hurt Again Like This 5. While the Band Keeps Playing On 6. Friendly Fire 7. Bottle of Pills 8. Fool’s Gold 9. Feel So Good 10. Song For a Friend 11. I Was There Record label: Catherine Records Ltd Release date: 7th August 2020 Buy How Still the River

Advertisement. Scroll to continue reading.
In this article:Jamie Scott