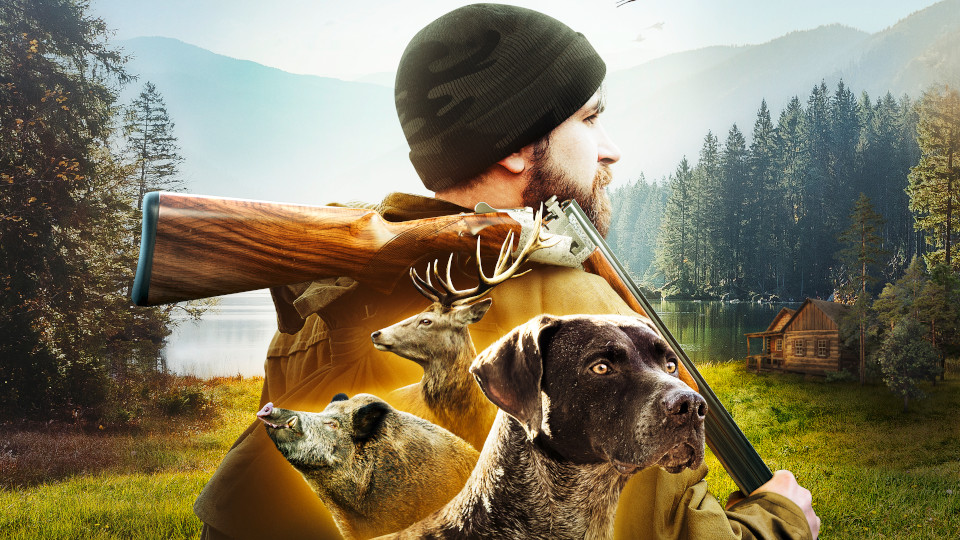 As a vast majority of us have to dial back plans to go out and about, there’s no doubt that some of us are missing that sweet, sweet outdoor fresh air. Instead of sitting in your back garden for that much needed Vitamin D, why don’t we pop some supplements, draw the blinds and play video games about doing just that? Hunting Simulator 2 will take you out and about to fulfill the kind of bloodlust that doesn’t exist in things like that pesky DOOM Eternal–nay! You’ll be hunting the beloved creatures that grace countrysides around the globe!

I’m going to cut to the chase here, because I think this is the most important thing about Hunting Simulator 2. Is it that there was one before it? No. Is it that the game is packed to the brim with trigger-happy sponsors? Negative. What about getting told off by my dad for being too loud in a deer blind? You wish!

That’s right, you’re read that correctly. A dog! A few to choose from in fact. You’ll get to take a good boy out hunting with you–assisting in your hillbilly wetwork as a faithful ground sniffing companion. Choose from a handful of classic bird neck snapping breeds to do most of the heavy lifting with tracking, making them look for tracks, or getting nose-deep into some poop left behind from whatever unfortunate critter you’re after. I like to imagine that we go back to the lodge and have a good ole’ doggy toothbrushin’ after that, as it looked like my beagle here really wanted a taste of the after-dinner mints that white-tailed deer left behind. Feel free to patch that in, Neopica. No charge.

Speaking of lodge, Hunting Simulator 2 provides a sort of HQ for all your hunting needs. Switch out your gear, buy licenses for hunting certain animals, or just get a cool hat to take with you to impress all the geese along the way. Or go practice your aim in a shooting range out back. The world is your oyster!

In buying licenses, it becomes apparent very quickly that there’s a fine system intertwined. I suppose I didn’t pay too much attention to the specifics of which ammo to use at first (I was too busy listening to the tutorial narrator’s FIERCE Duck Dynasty accent), so it was a bit of a surprise when I went out into the wild to get a bird to bring home, and instead blew it to pieces–in something of a fine duck confetti. As silly as it was, it quickly got to be an expensive laugh, fining me until the state was ready to repossess the shoes off of my feet. It’s a nice way to make the player pay attention and teach uh, ethics. As much ethics as there is in virtually gutting something in a field!

So now that we got our licenses, the right ammunition, right gun, a cool hat, and my sweet dog…I reckon we’re ready to write a country song! Well, almost anyway, still got my truck and my wife, so it’s not going to be a hit quite yet. Instead we head out into the wilderness, ready to take on pretty much anything that I’m legally allowed to do so!

If it’s anything I’ve learned from full grown people that dress in clothes with tree prints on them, it’s to follow tracks. A lot of what you’ll be doing is getting clever at sniffing down an animal as that’s really the cradle the gameplay rocks in. There are stands around the place, if you do feel like lording over endless miles of hills, but for the most part you’ll be trudging through knee high grass, cursing all the tick comb-overs you’ll have to give to your dog when you get back to the lodge.

View some Hunting Simulator 2 screenshots in our gallery:

Hunting Simulator 2 CAN be fun if you’re in the mood for forty-five minutes of walking with a dog at your side (most days I am), but I’ll be honest here–I’ve had the *distinct* pleasure of playing a healthy handful of hunting games, and this one definitely falls short in a few ways. First of all, you can’t give your dog belly rubs, which should be a crime. I would like the duck confetti debacle credited back to my account for that! Secondly, and on a serious note, it just doesn’t feel very put together with love. Hunters are a rabid sort–very particular people and details really do matter down to the kind of pee you wash your clothes in before going out. Of course, there’s a few good ideas in the mix, but overall this one doesn’t really stand out for me in the realm of hunting games. It simply feels like a functional simulation (I suppose pulled no punches with the title then!)–even with all the customization that’s available. This one is a buy at your own risker: plenty of people out there that enjoyed the first game that will enjoy this one, but sort of a drop in the bucket otherwise.

If you do decide on Hunting Simulator 2 then best of luck on those happy trails, Hans! –and make sure you give those good boys with the waggy tails some nice behind the ear scratches!

Hunting Simulator 2 was reviewed using a digital code provided by the publisher.

In this article:Hunting Simulator, PC, PS4, Steam, Xbox One