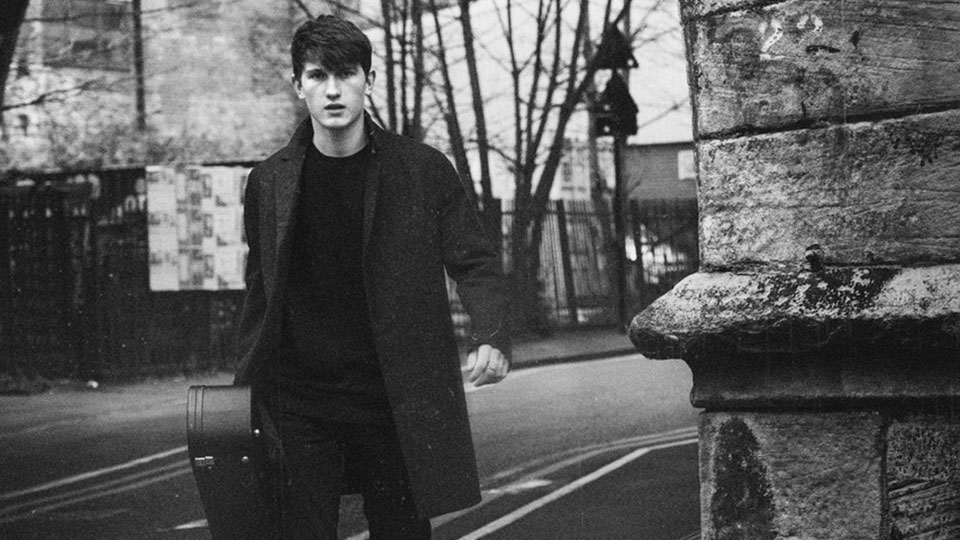 Waiting For the Rain is the first song that Andrew wrote when he was only 15-years-old. It was inspired by tumultuous events. After witnessing a family argument, upset Andrew ran off to a friend’s house where he explained what happened in the garden.

Listen to the track:

Andrew posted Waiting For The Rain on social media and it quickly amassed 20,000 views without any promotion. It even captured the attention of Noel Gallagher.

The Waiting For The Rain video captures Andrew in his hometown environment. Downstairs in St. Peter’s Social Club, it’s business as usual: football blares from the TV and darts thud against the board as talk from the regulars fills the air.

Meanwhile Andrew is performing in the function room upstairs, captivating an intimate audience with nothing more than his voice, a guitar and his stories of his life in the local area.

Andrew’s first passion was football before he decided to pursue a career in music. It was his football coach that encouraged Andrew to follow music and he became his manager.