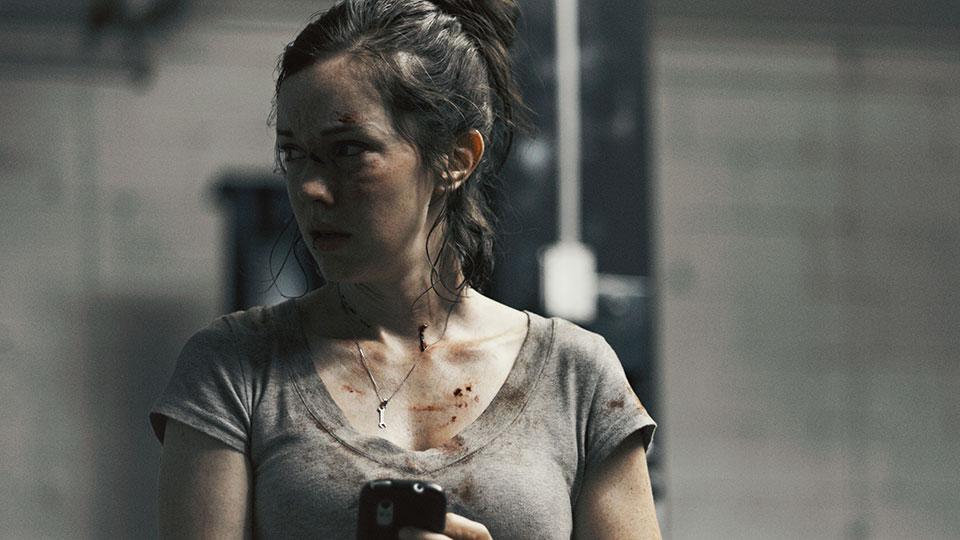 Single mother Leigh Tiller (Bethany Anne Lind) makes a spur of the moment decision when she accidentally kills someone. Instead of reporting the incident to the police, she decides to get rid of the body worried that her troubled son Ryan (Jared Ivers) would become a suspect if his parole officer discovered what had happened. After disposing of the body, Leigh becomes consumed with guilt and decides to deliver it to the man’s family. That sets off a chain of events that threaten the lives of Leigh and her family.

Blood On Her Name grabs you from the opening moment. It’s disorientating and doesn’t give you all the information at once, which hooks you. We see Leigh in the aftermath of the accidental killing and she’s in mid-panic. At this point the viewer has no idea what’s going on or why. It’s a clever cold open that definitely benefits the film in the long-run. After that point the adrenaline dials down a lot as we’re taken on a journey with Leigh who struggles with the guilt of what she’s done.

Estranged from her police father Richard (Will Patton) and trying to keep her son Ryan out of prison, Leigh runs an auto shop with the help of Reynoso Dias (Jimmy Gonzales). Following the killing she tries to pass the incident off as a robbery gone wrong but insists that the robber got away after she tackled him. She sticks to that story for a little while but when she becomes interested in the family her victim left behind, the wheels start to come off every aspect of her life.

Throughout the whole film we see everything from Leigh’s perspective. Bethany Anne Lind’s performance is intense as she flits between trying to carry on as normal and being on the verge of confessing to what she’s done. At times her actions are erratic and in trying to maintain some degree of normality, she’s constantly on the edge of a cliff that she might not be able to climb back on top of. A lot of her behaviour after the killing is a result of the fractured relationship she has with her father and we see glimpses of her childhood at key moments during the film.

Writers Don M. Thompson and Matthew Pope put an interesting spin on the story by having Leigh want to give her victim’s family closure. She isn’t particularly interested in getting away with her crime and she has the compassion to want to allow his family to know what happened. That of course backfires on her spectacularly when the man’s trailer park girlfriend Dani Wilson (Elisabeth Röhm) comes knocking once she’s discovered the body. It’s a small part for Elisabeth Röhm but one she makes the most of.

Blood On Her Name is a solid pot boiler of a story. With a limited cast of characters and only a handful of locations, it does a good job of delivering a compelling story within its own confines. It is a little slow in places and there are a few too many scenes that feel similar where Leigh is panicking, but overall it’s an effective thriller that has a satisfying, and unexpected, climax. It also explores guilt in a way that feels fresh and original.